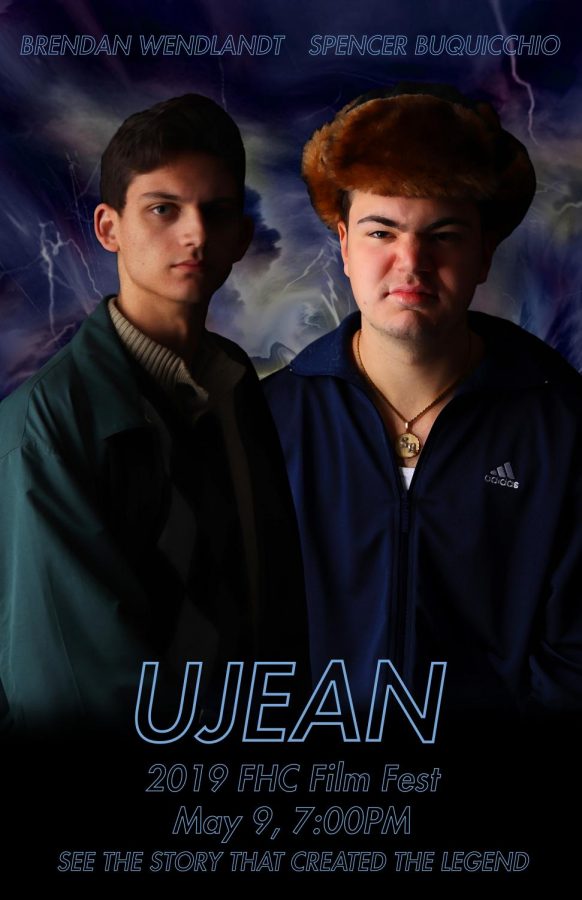 “Our film is about a character from the film we made last year, Hypebeasts. It’s a prequel to that movie and shows the origin of the beloved idiot, Ujean. He’s on a quest to find a job, but his search is interrupted when he has a run-in with the Russian mafia. This thrilling tale has love, loss, and [an] exploration of all things human.”

“Our film is a visual bildungsroman, with the theme being one regarding personal growth. Ujean ends up growing vastly as a person and our film details the idiosyncrasies of maturing and becoming who you truly are.”
3. What was the inspiration for the film?

“As far as the inspiration for our movie, when we were trying to come up with an idea, the notion of a sequel to our movie from last year came up. We decided that a sequel to Hypebeasts wasn’t the best idea, that we wanted to leave that movie as it was and in the past. But then one of us jokingly pitched the idea of a prequel, and we quickly all jumped on board. Ujean was born.”

“The filming and editing process is always a blast. You’re able to come up with all new ideas and scenes while you’re filming because the inspiration hits you. It’s all very exciting because after months of pre-production your vision finally is being created.”
5. How did you choose the actors/actresses?

“We decided who would be actors in the film based on a couple of things, Firstly, we needed people who were not in our first film (because Ujean takes place before it, so it had to be canonical with the story). Also, we needed friends of ours that we knew were reliable for lots of long days of filming. Finally, we picked people for certain roles that we thought would be comedic or able to capture the character the best. For instance, Spencer Buquicchio plays a Russian mafia boss, and he could not have done a better job.”

“My favorite part of the creative process was watching it all come to life when filming and, more specifically, watching the climax in the movie come to fruition. Last year, due to time constraints and other technical issues that arose in Hypebeasts, we all were somewhat disappointed that our climax was what it was. But this year, the climax of our film turned out exactly how I wanted, and it was so exciting to see that vision become a reality.”

“The message we are trying to convey is that anyone has the potential for change. Ujean is a screw up with no job who lives with his mom, but in the end, he grows as a man through his experiences. This story is lighthearted but also is one that can make anyone believe they can become more, especially considering what a royal moron Ujean is and how he was able to grow despite that.

“The audience can expect some hilarious, very unpredictable scenarios to ensue in our film as well as some great laughs along the way.”

“Our film is different than the rest for a number of reasons. Firstly, ours is a prequel to Hypebeasts so, in a way, it is a continuation of a world that we’ve already built. Also, our movie has a lot of action and ambitious scenes that won’t be executed like ours in any other film. Not only that, but we have a very vast and talented group of actors.”