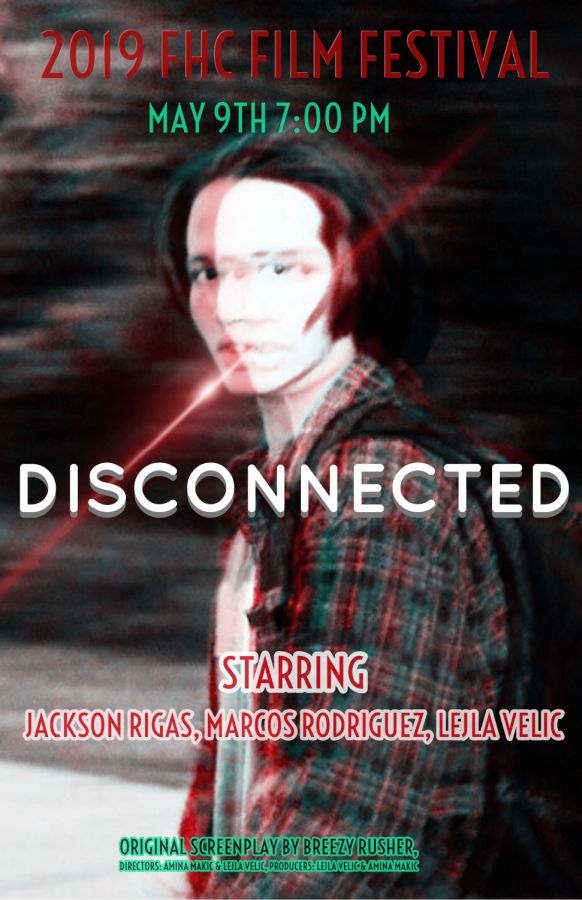 “Our film is very different. Our main character, Kai, loses his girlfriend, Sydney. He begins to see another version of her named Evelyn. Over the film, he questions why he is seeing Evelyn and why nobody else can see her.”

2. What was the inspiration for the film?

“Honestly, my group and I just wanted to do something fun and made it up along the way.”

3. Can you describe the filming/editing process?

“The filming and editing process was very difficult. Sometimes we weren’t sure whether one shot would make sense, so we would have to change angles a million times and merge all of the shots together. Not to mention, sometimes we could not film everything within a day, and we would forget the same clothes the next day. Editing was decent, not super complicated, but it’s hard to find the right music for your movie.”

4. How did you choose the actors/actresses?

“I asked one of my close friends to be in it, and he asked his friend if they would star in it.”

5. What was your favorite part about the creative process?

“I liked how we got to pick what we filmed, and we got to create our own story; pick our own actors, write our own script! It was very fun!”

6.  What messages are you trying to convey?

“We are trying to convey that everyone goes through rough times, and we all use a different way to cope with our problems!”

7. What can your audience expect to get out of the film?

“Our audience can expect lots of surprises.”
8. How is your film different from the rest?

“Our film has a very different plot from most films; it is one that you would not expect.”