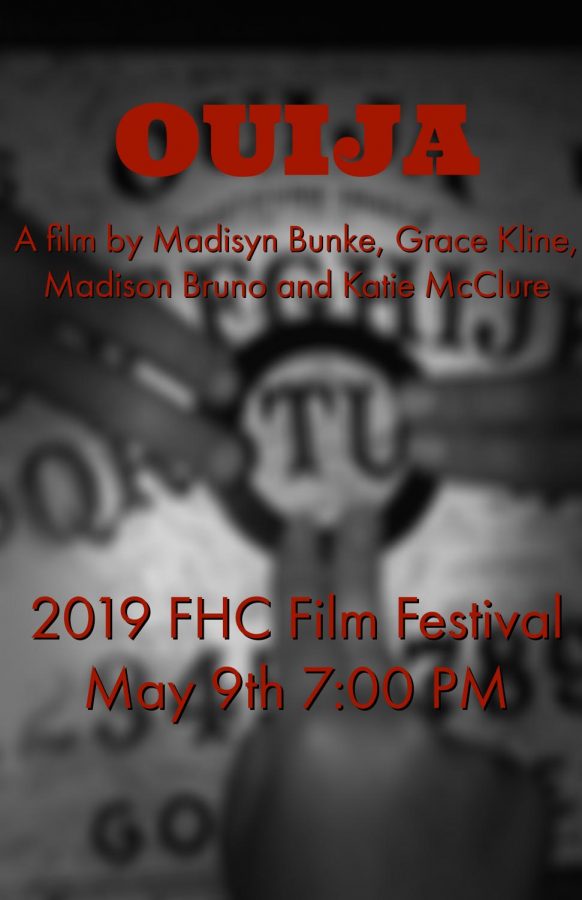 “Our film is about a girl named Jane who throws a party, and someone brings an Ouija board. After playing, she realizes weird things start happening to her. This mysterious force puts a strain on her friendships as she tries to figure out what’s happening to her. Jane is left with making a life-changing decision that will put everything at stake. ”

“Our film is a thriller.”

“We were all interested in making a film that was engaging to the audience; we knew it would be difficult to create something so dramatic, but we were willing to take on the challenge.”

“The process to make this video was very long and challenging. It takes a lot of time and effort to create something like this. We started planning around Christmas break and have been filming and editing ever since.”

“We chose Katie McClure as the main character because she is a good actor and is willing to put in the time to make something like this.”

“My favorite part of the creative process is editing and putting all of our scenes together. It’s interesting to see how it will all come together.”

7. What message are you trying to convey?

“We are trying to show the importance of friendship and how you should never give up on someone when they need help.”

“Our audience can expect to be interested throughout the whole film and left wondering what will happen next.”

“I think our film is different because most of the other groups are making comedies.”