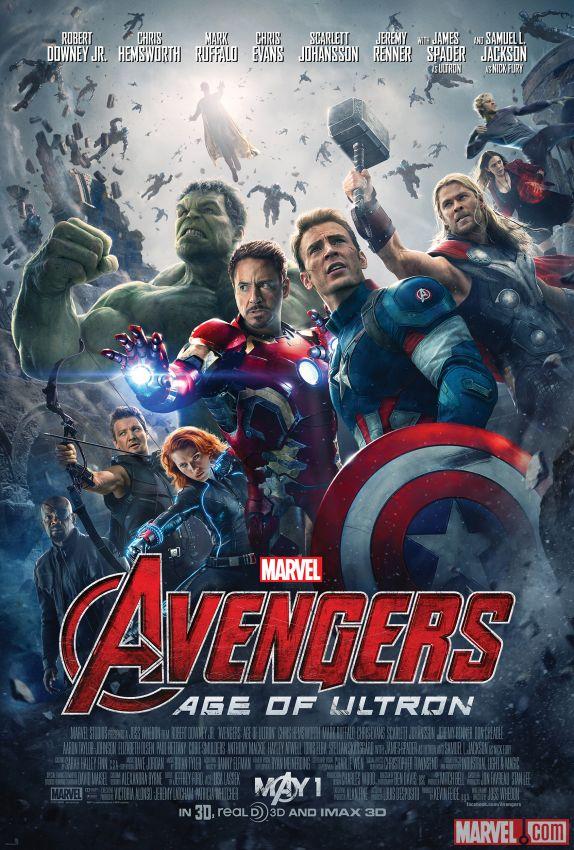 “I had strings but now I’m free. There are no strings on me.” was the line from the teaser trailer that sent chills down fans’ spines. James Spader’s eerie voice, followed by Captain America’s shield, broken in pieces, was enough to set every Marvel fan on the edge of their seat. What they expected was a film with the usual superhero cast, explosions, and a semi-happy ending with the villain captured or dead. What they got was ten times better than anything they ever hoped for.

Marvel Entertainment’s latest film, Avengers: Age of Ultron, is nothing short of a fantastic film. An adventure full of excitement, humor, peril, and even a bit of romance-what more could you hope for? With a plot twist revolving around Thor’s brother’s scepter and the many mysterious infinity stones, this story is a wild ride.

Yet perhaps it was a bit too wild. There were some points where the plot was so intense and detailed that, instead of trying to figure out what was going on, it was better to just sit back. You just had to hope that by the end, you’d have a basic understanding of what the film was about and why Ultron was created, as well as a few other details.

No superhero film is complete without special effects, right? In that aspect of the film, for the most part, Marvel did not disappoint. Most of the explosions and flying sequences were extremely believable. But as for the Hulk? For the most part he was an angry, muscular, green monster that looked as real as the rest of the Avengers. However, there were a few moments where he was a more than obvious CGI image pixelated on the screen.

Now, on a personal level, I thought the rating of PG-13 was appropriate. It had enough mature concepts where it wouldn’t have made sense to set it at a simple PG, yet it wasn’t so over the top as to make it rated R. What astounded me, though, was the amount of children I saw in the theater. Just three seats away from me was a little girl who was likely no older than 4 or 5. In the seat in front of me was a little boy no more than 7 or 8. And still there were multiple other young children around me with their older siblings and parents. Had these parents even looked at the reason for the rating? Who takes their 5 year old daughter to a movie rated PG-13 for “for intense sequences of sci-fi action, violence and destruction, and for some suggestive comments”(IMDb)? That part, for me, was especially confusing.

Besides these small flaws, though, the film was stunning. With all the action and excitement, there were many moments where the cinematography could’ve been shaky and dizzying. And since the movie was shot almost entirely on a green screen, the animation of the set could’ve gone horribly wrong. Yet, as usual, Marvel succeeded in making a satisfactory film that pleased not only its fans, but most movie critics as well.

With an all-star cast including Robert Downey Jr, Chris Hemsworth, Mark Ruffalo, Chris Evans, Scarlett Johansson, Jeremy Renner, and Samuel L. Jackson, Avengers: Age of Ultron is nothing less than amazing. Overall, I’d give it a 4.5 out of 5. Well done, Marvel. Well done.