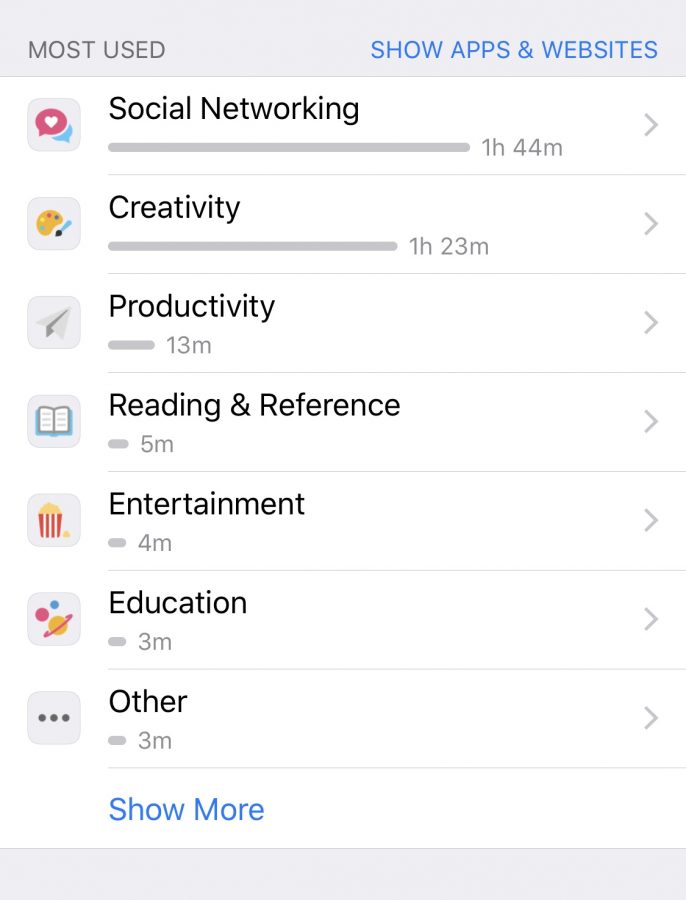 For the Phone Policy: The phone policy has encouraged me to depend on myself and my skills

As I approached the double army-green doors of the freshman hallway on the morning of the first day of school, I noticed Mr. Passinault was holding the doors open for incoming students. Hesitantly, I tucked my phone—which my hand was grasping—into the side pocket of my backpack. I flashed an enthusiastic smile towards the principal as I completed the nerve-racking journey past him; I was unsure of how strictly the new phone policy was going to be enforced. The rules of the policy call for phones to be kept off of students from 7:45 to 2:45. And it was only 7:40. But, I wasn’t going to take my chances.

As I continued experiencing the events and challenges that accompany the first day of school, I noticed a hefty difference between the enforcement of past phone policies and the new one: teachers were actively enforcing it. I had previously encountered a scarce number of teachers who attempted to impose the phone policy as a daily, habitual routine; however, few saw success as the outcome of the process.

I also noticed a hefty difference between my peers’ reaction to past phone policies and the new one: they utterly despised it. They justified their resentment by comparing the environment of the school to that of a prison. Their bitterness heightened at lunch once they were forced to engage in conversation with their friends for twenty-five straight minutes. Aimlessly scrolling through Instagram feeds and sending Snapchats to avoid painful, awkward silence in conversation was a luxury of the past.

Likewise, once the patronizing, crimson numbers on the clock—that only change by a minute when it feels like twenty went by—displayed 2:45, phones were instantly whipped out of their hiding spots in backpacks and pressed towards the faces of students. Unlike their entrance into the school, students were departing the school with their heads cranked down; they were at last reunited with their safety blanket. Or addiction.

Every single day since the first day of school, complaints are voiced about the strictness and apparent ridiculousness of the policy. My peers have battled through communicating without obtaining access to their phone to display a picture or quickly look up something. The ability to utilize phones in school was undoubtedly taken for granted.

Thankfully, I have experienced a smoother transition than most.

I appreciate the new phone policy because with such extreme punishments being threatened, I deem it simply not worth it to be caught on my phone. However, I do believe that the penalties are far too extreme and that the administration should reconsider what consequences they are requiring to be given. I do understand that the brutal punishments ensure that the rules are obeyed, but I also understand the perspective of a high schooler: we want the ability to text a guardian instead of using the public phone in the office to call to them.

Overall, I have been able to concentrate in my classes more successfully without the temptation of my phone thanks to the new phone policy. It is reassuring to know that none of my peers are on their phones during the school day; therefore, I do not feel like I am not missing out on much, if anything. At points, I do long to once again obtain my phone for things like conducting experiments and texting my mom something I forgot to tell her before I left for school.

But, I have overall been positively impacted by the phone policy. The amount of time I spend on my phone per day has significantly plummeted, and just about a month into the school year, I already feel less dependent on my phone and more dependent on myself, my knowledge, and my social skills.