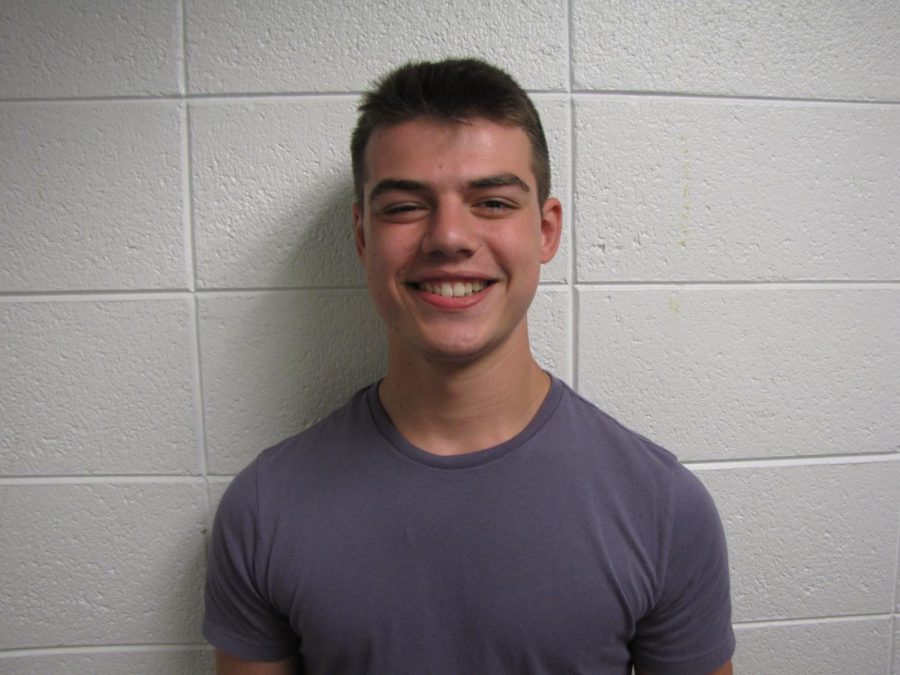 “Cricket. We all went on the Chicago trip, and the girls kind of gave them to us one day, not one day—when we were there. The girls came to us, and they were like ‘boys, while you were gone, we decided which bugs you all were.’ So I said to them, ‘Well, bug am I?’ And they told us all our bugs and they’re like ‘you’re this. You’re that. Cole, you’re a cricket.’ And I was like ‘okay, I’m a cricket.'”

“I really like pockets. That’s the game where it’s a lot like ‘Whose Line is it Anyway,’ but you have fans submitted nouns and adjectives and stuff. And then I also [like] I am a tree. One person goes in the middle and says like ‘I am a table.’ And then someone’s like ‘I am the coffee mug on top of the table.’ But then, they crawl on top of you. It’s like ‘I’m the dog hiding under the table from the thunderstorm,’ and like gets under you. Or like ‘I’m the dad putting their feet up on the coffee [table].'”

“In Chicago, me, Ella, and Mason, and Ben all ubered somewhere because there were eight of us, we’d split up in groups of four to Uber. And we were ubering back to our hotel, and we were early, like the other group was just way behind us. So I put Mason on my shoulders, and we started walking down the street like the street of Chicago with just my shoulders as a great time. And at one point I started yelling out ‘Is this Coachella? Is this Coachella?’ And people would be like passing by– a lot of people laughed. They thought it was funny. One person pointed me to ‘where Coachella was,’ in air quotes for the record. So, that was a lot of fun. I expected a lot of people would be like ‘Ew, like what are you guys doing?’ But, they all thought it was funny, I think.”

“I feel like Ali Azeem would have a much better answer than I would. But, if you think about it, you say 7:30, right? And people hear like ‘oh, 7:35 is when I’m going to get there.’ And so, 7:33, you know, maybe people will actually be on time. Is there a reason? No, that’s Improv, baby. Finger guns were used in that sentence.”

5. If you were a fast-food chain, what would you be and why?

“Culver’s. I didn’t get a choice. They all yelled that at me. I really, on a personal level, relate to the fresh frozen custard. It’s made in fresh batches every hour. Kind of like life, you know, you get a new day every day. It’s a fresh batch. And at Culver’s, things aren’t really black and white. Like life. They’re very gray. And so, you really need to be able to balance yourself like at Culver’s and in life. And it’s really just taught me like, ‘Hey, it’s going to be okay.’ It doesn’t matter what’s happening—the world’s crazy, people are crazy, but the butter burger will always be there for you. And so will that fresh, never frozen, beef that comes on it, and this fresh custard made batch by batch, hour after hour, and the workers with their aprons and hats and a smile just for you.

“I’m kind of a basic boy, so I really like the grass block. I also really liked the red stone block and the quartz block, but I feel like I’m obligated to say my favorite is the coal block because, ha ha ha, my name’s Cole. But, I really like the quartz block, how that looks. I don’t know. Mindcraft’s kind of a beautiful game when you let it be. I mean, you can make it really gross, and again, it’s kind of like life in that way. You can make your life gross, but it can be really beautiful like a sunrise with your dog, fishing in the rain, listening to beautiful piano music fade in and out.”

“I didn’t. I was very much forced. Aaron and Ben actually put my name down, and then that day, they were like ‘hey, you’re staying after school. You’re doing improv.’ And so, that’s how I joined. I wanted to, and I was always like ‘ha ha, I can’t. I’m shy. Like, I’m afraid.’ And then Aaron and Ben were like ‘you’re going to do it.’ And I was like ‘huh?’ And then they’re like ‘We signed you up. Come down to the auditorium.’ And then I actually—I got on stage, and I was terrified. And then Ali started pushing me off the stage, and so then I kind of like came into it.”

8. Give us your best car salesmen pitch for improv.