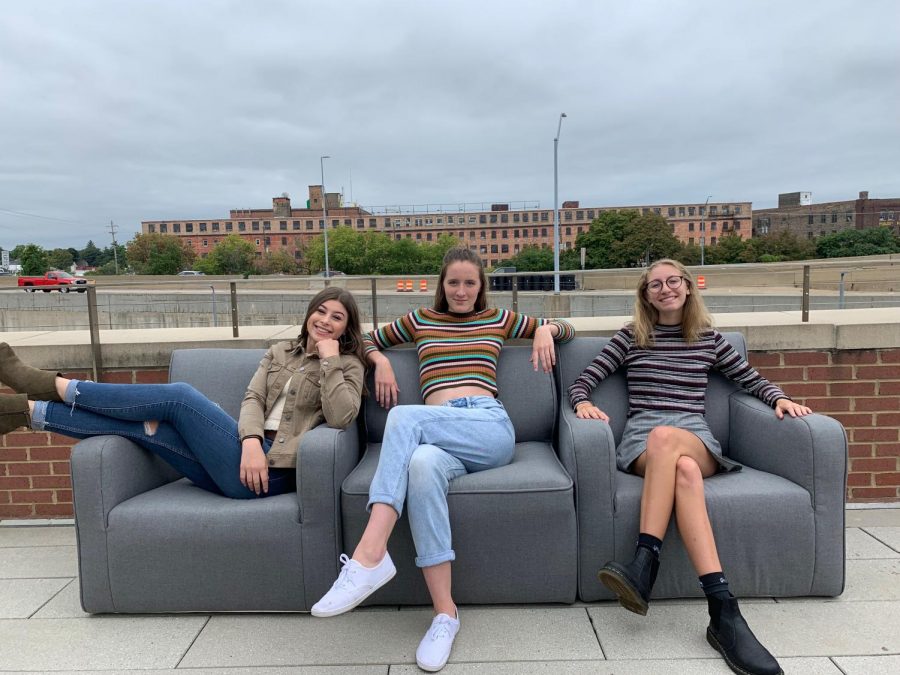 When and why we joined the class

We know that I am endlessly attracted to words, so when I was flipping through the high school course catalog in eighth grade and saw “Writing for Publication” amongst every other extracurricular, I was instantly intrigued. Writing for the school’s newspaper sounded exciting and intense and fast-paced and fun; the description for the class in the catalog made it sound so appealing.

I had to choose one. I had to write just one on my course sheet for my freshman year. I had to make a decision.

I scratched Writing for Publication on the sheet and just felt that it was the right thing to do. It was one of those moments where it seemed that everything I had done in my life led to that point— that starting point.

I can’t explain how or why, but it just made sense to take Writing for Publication.

And I constantly wonder where I would be if I wrote down Strategic Debate instead.

I have known Ken George my entire life.

He is my parent’s friend, my brother’s old basketball coach, and someone I have always looked up to. So, as a terrified freshman who loved to write, I decided a safe class — a class with a familiar face — would be a good idea. And that’s how I ended up in room 139 four years ago. “Writing for Publication” the class was called. I didn’t know what that meant. I didn’t even know that FHC had a school newspaper. Yet, there I was in a class I didn’t understand, full of people I didn’t know — at least not yet.

My story of learning about and joining the class is actually quite embarrassing, as many of my stories tend to be seeing I do embarrass myself quite frequently.

Similarly to Ashlyn, Ken George was my dad’s friend and my brother’s basketball coach. I remember watching their lessons at the MVP Courthouse and watching George’s Basketball and Me DVDs that he made with his sons.

But, it was actually my mom who first learned about The Central Trend, however completely unaware that it was a class in school. Excited and nervous, it took little prodding from her to get me to shoot an email to George asking if I write for The Sports Report. In my head, the plan was to go to a sporting event that I was already required to go to for dance and then write about it—easy peasy.

Fortunately, little freshman Courtney soon learned that The Central Trend didn’t work exactly like that. So sophomore year, I finally took the intro class, Writing For Publication, and began preparing to join regular staff my junior year. I loved The Central Trend so much that I even took a semester of an online French class, which just may have been the worst class I’ve ever taken.