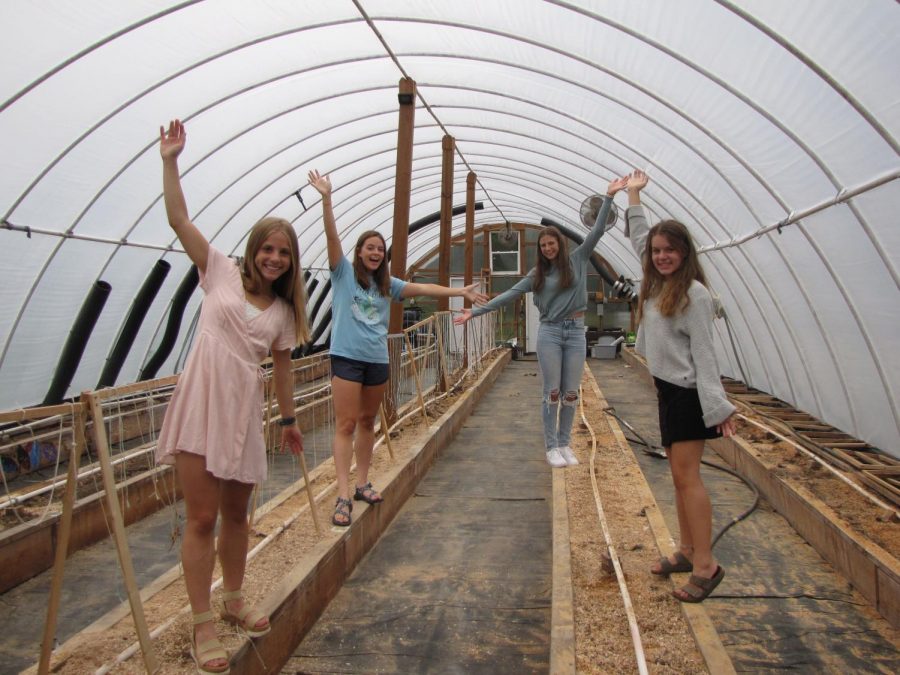 Everyone seems crazed about saving the bees lately, yeah? They’ve got the t-shirts, the stickers on their water bottles, the whole shebang. But, do any of them really know what they’re talking about? How does one actually go about saving the bees? It isn’t quite what you think. And in your defense, I didn’t know either before I watched yet another great Joe Lamp’l episode on bees.

A little known fact about bees is there are varying types of bees based on social behavior. One type is the social bee; though the name can explain itself, social bees come to mind when most people think about honey-making and pollination. Honey bees, bumblebees, and many other types fit this category. However, there is another type: the solitary bee. Social bees live in colonies and follow a queen; solitary bees live alone, act as their own queen, and carrying out their own tasks for themselves. 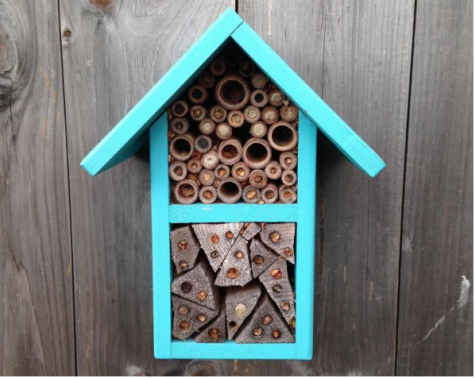 An example of a solitary bee is called the Mason Bee. Ever heard of it? Mason bees live alone with a life span of 6 weeks, and over those 6 weeks, they pollinate more surface area than social bees do, which makes them more efficient. While they don’t make any honey, they are somewhat friendly bees; they won’t sting you even when you stand directly next to their homes. So you could say they’re still sweet, in a way. Dave Hunter, the founder of Crown Bees, talks about how solitary bees are better for commercial farming due to the fact that they pollinate more areas individually than social bees as a whole colony could when you crunch the numbers of the pollinated plant to bee ratio. 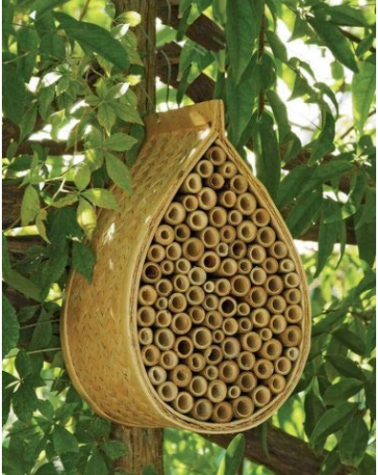 The rest of the feature goes on to talk about how people can attract and house these friendly Mason Bees in their own backyard. The structure, similar to a birdhouse, is stacked with hollow straw-looking tubes, which is where the bee rests and lays her eggs. A bee will occupy a straw and many straws can be placed in the wooden structure to house many bees, but they live individually in their own straws, still solitary bees. The structures are easy to create, and the video walks you through it. People can also purchase the materials or the structures from the Crown Bees company, but it’s more fun (and less expensive) to just make your own.

The FHC Greenhouse will be constructing some of these Mason Bee homes to attract our friendly pollinators and hopefully promote the growth of the greenery found all around the campus of FHC.

As we head into the month of October in the greenhouse, we are starting a study on pollinators, specifically bees. Pollinators are crucial for fruits and seeds to form. After planting our lettuces, snap peas, and flowers, the pollinators can help our plants grow to their exponential potential.

We chose to use solitary bees in the greenhouse because they are 30-60% more efficient pollinators.

Honey bees are considered a “social bee”. Social bees form hives and work within groups. When they pollinate, the pollen sticks to their bodies. This creates issues because the majority of the pollen is not dropped on the flowers but instead carried back into their hives.

Unlike social bees, solitary bees work alone. Solitary bees are native to North America as well. When they pollinate, they stay between 200’-300’ radius to find their pollen compared to honey bees who travel up to 2 miles. This is important for the greenhouse because the solitary bees will stay within the plants nearby and not all the landscape on our school property.  Solitary bees require less pollen to eat. Also, most of the pollen they collect fall off their bodies onto nearby flowers.

After doing some research, I am excited to start designing and building a bee house for CHS.

They are an important part of pollination. Most of the time, people are annoyed by them or fear getting stung. However, these are not the characteristics of all bees. There are around 20,000 bee species, and out of that, about half are solitary bees. Solitary bees or mason bees are a type of bee that is very gentle. Unlike honey bees who have a hierarchy, mason bees like to work together and are pretty individual. Unfortunately, the bee population is rapidly declining.

Life without bees would be pretty hard to do. They are the world’s most important pollinators. There are simple ways to make bee homes for these solitary bees to stay in. With your help, we can save the bees from dying out. Mason bees are very efficient and much less work compared to honey bees. The upkeep for a bee home is minimal, and the activity is very hands-off. Like mentioned before, these bees are pretty harmless, too, so if the fear of them stinging you is an issue, I wouldn’t worry. Adding a solitary bee home in your yard will help solve the world’s problem of the declining bee populations. Not enough bees means not enough crops are pollinated. Your actions have a strong impact. I highly recommend implementing a bee home at your house.

Our next major project that we will be working on in the greenhouse is a bee farm. Bees are very helpful when it comes to producing food because they pollinate our produce. We will be introducing solitary bees as a way to help pollinate our plants. These bees are native to the United States, unlike honey bees, and are much more efficient. Because solitary bees do not live in beehives, they are considered pollen spreaders in contrast to honey bees who are considered pollen gatherers.

As the name indicates, solitary bees often live in solitude or on their own. Every female bee of this species is its own queen bee and lives on her own. These bees then spend the majority of their time in search of food, not giving them time to defend their nests and therefore making them less aggressive. Although they do have a stinger, they are much less likely to sting than the honey bee, and the poison in a sting from this bee is less than that of a mosquito.

We will be building bee houses and placing them around our school grounds to attract these bees—we will not be bringing these bees into the habitat. They will come on their own when the houses are built. Our hope is that these bees will pollinate our flowers on school property.

“Let’s save the honeybees!”

I’m sure you have heard this before, but did you know while honeybees are important, they actually aren’t as beneficial as many think? Honeybees are part of the social bee population which only makes up about 10% of the bee population. The other 90% is made up of solitary bees which are bees that work and live alone but are much more efficient.

Something I find super interesting about the solitary bees is that they are way less aggressive than honeybees; in fact, they hardly ever sting. This is because rather than protecting their hive, their main focus is to just pollinate. They also, unlike honeybees, solitary are native to North America, making them perfect pollinators for the plants we are growing in our greenhouse.

The reason we have chosen to use mason bees (a type of solitary bee) in the FHC greenhouse this year is because they are pollen spreaders. Pollen is less of a food source to mason bees because they don’t live in hives, so they mostly just collect the pollen. Mason bees also were not designed to hang on to pollen like social bees, meaning most of the pollen they gather is dropped causing more plants to be pollinated. This means that their work is 30-60% more effective than honeybees.

I am excited to start building my home for the mason bees and see how much growth will be brought into the FHC greenhouse!