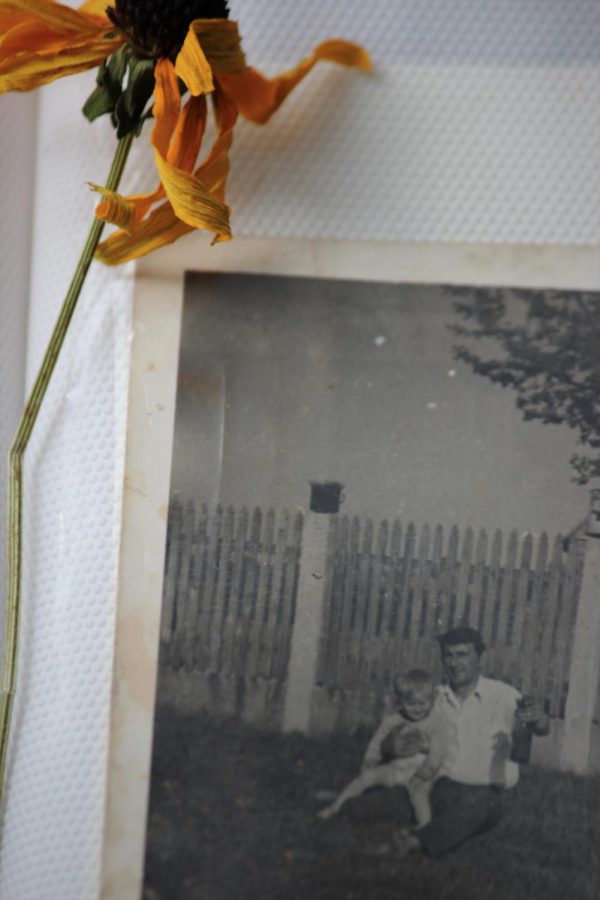 “You haven’t aged a day since he left.”

Although I stood in a crowded room, I whipped my head around toward the direction of the voice, slightly startled by the sound of my name. Quicky, however, my suspicion eased, melting into a soft relief once I saw Anja’s beaming smile.

“Thank you, love. I tried to make it seem like Luca didn’t miss a thing,” I replied, gently reaching for her shoulder to bring her in for a hug. After living alone for four years, any form of human contact was heavenly. So much so, I think I may have held on to my poor neighbor for too long, and once our bodies parted, she smiled hesitantly: an uncomfortable blend of pity, sympathy, and warmth.

“You haven’t aged a day since he left,” she consoled me, nevertheless. However, my focus began to falter, and my eyes were fixed not on Anja but behind her, glancing over the sea of people.

Only after I invited everyone Luca and I knew to our home—neighbors, friends, his sisters, and even the baker from down the street who always makes our bread just right—did I regret it. I rubbed my eyes and scratched my nose after smoothing out the wrinkles in my black blouse, trying to find a way to alleviate the anxiety that crept along my spine.

“Do you think this is too much?” I asked Anja, ignoring her gracious compliment while motioning with my hands around my living room, which looked smaller while flooded with bodies. “I hope he doesn’t feel overwhelmed.”

I sighed but was also comforted by Anja’s kind words. “I cannot thank you enough,” I said. She patted my shoulder and walked away, leaving me stranded.

Maybe she’s right. I thought as I looked up, forcing myself to at least try to accept the situation. Although the room was cramped, roughly dingy, and filled with outdated furniture, all of the people—and their lovely, amiable smiles—livened it. Their laughs, although modest, unleashed life into the once motionless atmosphere, and the occasional hug and stream of quiet chatter radiated a sense of bliss.

The room was not overflowing with joy, rather it was an adequate trickle that was enough to cause a smile to extend across my face. And for the first time since Luca was drafted to fight in the war, our home didn’t feel still. It was full of life and love, and that was a miracle in itself.

I stared out of the window, quietly awaiting my husband. It was quite beautiful outside. The snow gently fell from the sky, each snowflake dancing its way to the ground; however, it was not enough to completely blanket the grass. A few blades still cut through the glistening, white mantle.

And in the reflection of the window, I saw myself, almost laughing at the previous comment Anja made: “You haven’t aged a day since he left.” She was too kind. My wrinkles covered my fragile body, sagging down my face, and my hair, once a subtle golden blonde, grayed completely.

And the closer he became, the more I relived the last four years: a tragic, cold stretch of time that blanketed my past.”

A sudden creak of the front door pulled me out of my hazy thoughts. I looked up towards the front of the room, pleasantly surprised to see Luca smiling at the sight of his home. His smile stretched from ear to ear, but his stare was heavy and obviously exhausted.

My heart was heavy while I stared at him, and I was unable to discern my joy and my uninvited sorrow. For a brief moment, the years of war and separation disappeared as if they were buried somewhere beneath the snow, and all I saw was the man I loved. But as he slowly limped toward me, the snow was slowly uncovered. Each step reminding me of the loss of time.

And the closer he became, the more I relived the last four years: a tragic, cold stretch of time that blanketed my past.