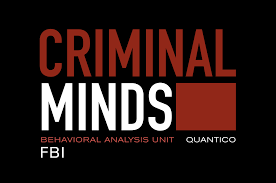 Criminal Minds: My name is Mackenzie Yob and I’m addict.

Hi, my name is Mackenzie Yob and I’m an addict. It first started about August 17, 2014. You may ask how do I know the specific date? Because that was the day all 9 seasons of Criminal Minds were put on Netflix. My story is simple, like everyone else I first thought it was normal. Until, the addiction continued and all I wanted to do was come home lie in my bed and start my binge. It’s a problem and that is why I am here.

When I began to watch the first episode I didn’t know how I would feel about it. The first scene displayed across my computer was a girl being taken away in a vehicle by a charming and eloquent man. Once inside she realizes instantly that he is not at all like his facade but rather a twisted serial killer. You are probably thinking why would someone ever watch a show that starts off like that? almost clicked the “Back to Browse” arrow at the top of my screen to return to my more suitable and slightly less graphic “Grey’s Anatomy.” However, I stuck with it because I wanted something new to watch and that was one of the worse mistakes I ever made.

Criminal Minds authentically shows you the lives of an FBI agent with all the twists and turns that they may encounter in their careers. One of my favorite episodes is the two part finale of Season 7. The first part is titled “Hit” and the second is titled “Run.” In these episode, a gang of robbers starts its latest robbery in Washington, D.C., the BAU attempts to negotiate the hostage situation. The stakes rise when a family member of a team member kills one of the bank robbers and is forced to become a hostage to save other hostages. The BAU continues to pursue the robbers and they then determine that the suspects have a bigger target in D.C., and with the family member still a hostage, they must work quickly to handle the situation. These episodes aren’t just action packed but because of the hostage situation with one of the family members it truly shows how they are affected by all the things that can happen.

This show goes to many places that other crime shows don’t dare to go. Because of this, they are forced to show some very graphic scenes. I don’t mind the accuracy of some of the sets and visuals they use to make it look like a real crime scene because it accurately portrays what happens and what police see when they first encounter a crime scene. However, the writers of this show go a little too far with a season 1 episode called “Natural Born Killer”. This episode shows a murder that one of the characters describes as “massive overkill.” Despite, the blood shown it is easy to overlook because the team always finds the person or persons responsible and puts them away.

For those of you who are wondering what Criminal Minds is really about it revolves around an elite team of FBI profilers who analyze the country’s most twisted criminal minds, anticipating their next moves before they strike again. The Behavioral Analysis Unit’s most prominent agent is David Rossi (Joe Mantegna), a founding member of the BAU, who returns to help the team solve new cases, while pursuing some unfinished business of his own. The team is led by Special Agent Aaron Hotchner (Thomas Gibson), a family man who is able to gain people’s trust and unlock their secrets. There is Special Agent Derek Morgan (Shemar Moore), an expert on obsessional crimes. Also Special Agent Dr. Spencer Reid (Matthew Gray Gubler), a classically misunderstood genius whose social IQ is as low as his intellectual IQ is high. Finally the two girls Jennifer “JJ” Jareau (A.J. Cook), a confident young agent who acts as the unit liaison for the team, and Penelope Garcia (Kirsten Vangsness), a computer wizard who helps research the cases. Each member brings his or her own area of expertise to the table as they pinpoint predators’ motivations and identify their emotional triggers in the attempt to stop them.

This show destroyed some of my best relationships. My family wants me to get out of my room and socialize but all I can think about is who the killer is. From the beginning, this show consumed me but now I’ve been clean for 12 hours. I’m finding my way back. I’m Mackenzie and I’m an addict.