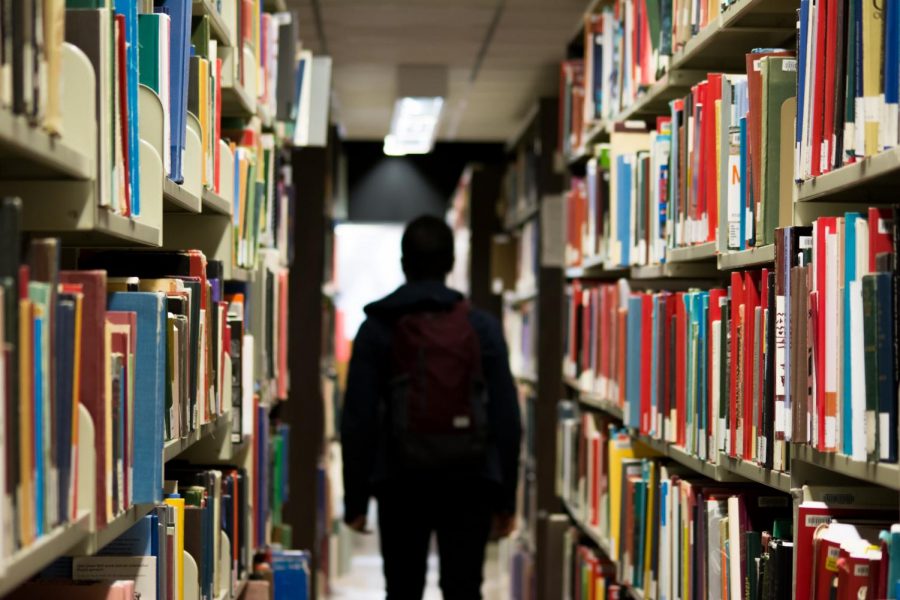 Is academic integrity valued among students and teachers?

These three characteristics are core values that permeate the halls and classrooms of FHC.

Pride ascends the bleachers during Friday night football games and student assemblies, passing each enthusiastic student avidly singing along to the school’s fight song. Tradition is passed down through subsequent classes with each homecoming crown given, each state champion flag waved, and each spirit day celebrated. Excellence thrives among the student population, as well; however, how much of students’ academic excellence is sincere?

With pressure to achieve and a seemingly infinite amount of resources at close reach, students often turn towards dishonesty in order to obtain higher grades. History teacher Steve Labenz claims he sometimes witnesses this lack of integrity among his students.

“I have a lot of kids this year,” Labenz said, “so it’s hard for me to [catch everyone]. But, I guess people are always going to do it. People put a lot of pressure on themselves, and they get behind on their work. And it makes them do dumb things.”

“I, myself, have never been the cheating police,” Anderson said. “ But, my tolerance for [cheating] is very low. I do not understand cheating. I know that perhaps in a digital age it’s prevalent and accepted. I think it’s something that’s been slowly working its way into acceptable behavior.”

But, the definition of “cheating” is often interpreted in a myriad of ways. Both Anderson and Labenz agree that cheating constitutes as using anyone’s work as your own, including on tests, quizzes, and homework.

Many students consider copying or working together on homework as “collaboration,” however. With difficult classes, sports, and extracurricular activities, time can be limited, and according to Labenz, these are the reasons he assumes students cheat.

These reasons, nevertheless, don’t justify dishonesty, according to Labenz. One reason why he advises students not to cheat is that although they may pass the class doing so, their faults and negligence will hurt them during the exam.

“[I like] the old phrase ‘winners never cheat and cheaters never win,’” Labenz said. “Especially in AP [U.S. History], there’s just so much to do, and if you’re gonna rely on someone else’s work, you’re never going to be prepared for the exam. I started saying a couple of years ago, ‘the exam will expose you for the fraud you are.’”

Sophomore Jena Detweiler believes students shouldn’t cheat on any of their assignments, including homework, but she accredits this reasoning to the fact that it’s an illegitimate representation of one’s academic success.

“I feel negative about cheating,” Jena said. “When you cheat on something, your grade isn’t actually what it should be. It’s a lie. In general, I don’t think it’s okay to do, but I don’t care very much if other people do it. It’s mainly a thing I try not to do. I am mostly concerned about my conscience being clear.”

On the other hand, some students interpret “academic excellence” differently. According to an anonymous sophomore, cheating on an assignment is simply working together with another student, and this collaboration increases communication skills.

This student further argues that cheating, although dishonest, is often carried out by students because they feel as if they have no other choice.

“I think it’s not good,” the student said, “but sometimes it’s a necessity for some people because often there’s nothing that you can do about the fact that you don’t know the material. If you can go through classes and cheat and not get caught, then you deserve to pass the class. You’re still developing skills which is what school is for.”

And this continuation and cyclical routine of deceit only hurt the students in the end because they are not developing analysis and comprehension skills.

“I tend to trust my students explicitly until I find a reason not to,” Anderson said. “ If you win, you win with class and honor. If you fail, well, you fail. Cheating to me is one of those things where at the end of the day, you might get by, but you only cheat yourself.”

If you win, you win with class and honor. If you fail, well, you fail. Cheating to me is one of those things where at the end of the day, you might get by, but you only cheat yourself.”

Labenz has a similar mindset as Anderson in the fact that they both trust students. Prior to 2016, Labenz allowed his AP U.S. History students to keep their tests in order to study for the exam in May. However, after a few students abused this privilege, Labenz had to discontinue allowing his students to keep the tests.

Labenz not only had to partially change the manner in which he taught his class but also had to remove a helpful study tool for students. This, he says, has been a detriment for students.

“That fundamentally changed the way that I did the class,” Labenz said. “I took it very personally because I gave [students] these tests to study from to be ready for the exam, and [some people chose to] turn around and stab me in the back with it. Maybe I’m being naive, but I always like to expect the best out of people. So that’s I think that’s why it was painful.”

This experience, along with other instances, gave him insight into whether or not cheating is “worth it.” At the end of the day, he believes that although students may excel in a class with the aid of dishonesty, their lack of integrity is a characteristic they should reconsider for their own well-being.

“I tell kids, ‘if I don’t catch you and you get away with it, then that’s alright. But you have to look at yourself in the mirror and know that this is the way you’re getting through things,” Labenz said. “I think [cheating] sets up a pattern later in life. People who are cheaters are probably always going to cheat.”

There are several instances, Labenz believes, where people may experience trouble with if they create a habit of cheating. Whether it be a job presentation or effort in the workplace, people often carry their negative tendencies with them past high school.

Thus, students should simply do honest work, despite a chance of failure, because outside of academic “excellence” and achieving high grades, cheating hinders students’ opportunities to develop skills not only for school but for life, too.

“Sometimes in school and life there are no shortcuts,” Labenz said. “In class, you get out what you put in. It’s hard. It’s a slog. There are times when you hate it. But if you stay with it, I think it really sets [you] up for good things later on. If you’re not doing all of those things, you’re not helping yourself for the eventuality.”