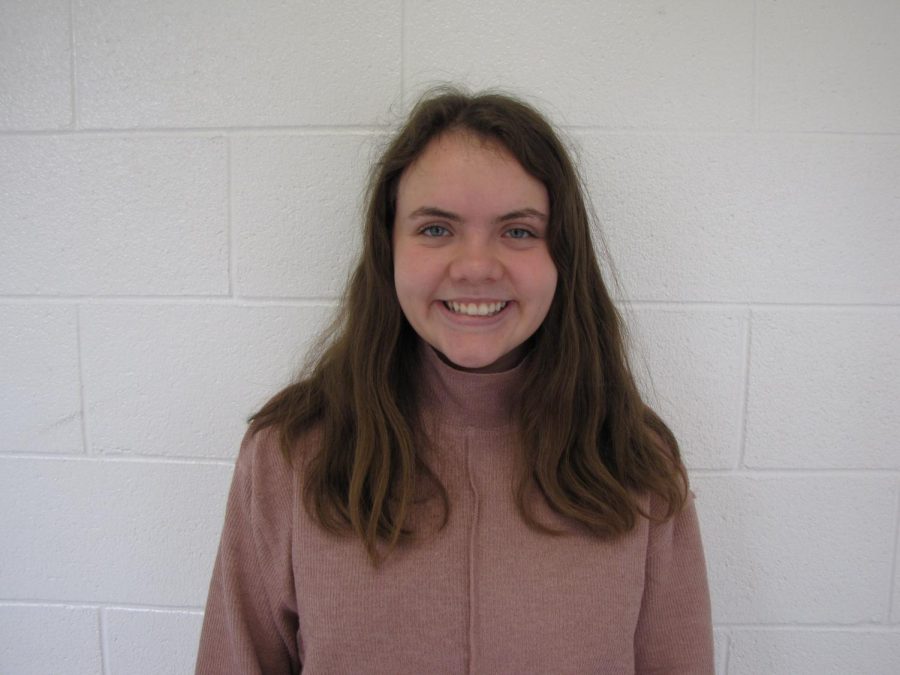 “A lot of things make me nervous. I think the two biggest ones are the fact that it’s a play that people are familiar with; it’s not something where they’re seeing everything happen for the first time. Almost every kid has read it or knows about it, so there’s pressure to live up to their expectations. And I think it’s also nerve-racking because I’ve never done a play before, so it’s my first time doing everything. It’s very scary but fun, and it’s been very eye-opening in a lot of different aspects. There’s so much that I didn’t understand; obviously, there’s memorizing lines, but there’s so much more that you don’t even realize goes into [the play].”

“Around 130. As soon as I got cast, I started looking at the script. I said my lines on my way to school and had my mom practice with me. Basically any free moment alone I had I spent memorizing my lines. After like two or three weeks, I had most of them down.”

“Fun story. Sophomore year when we read The Crucible, I read the part of Abigail. I was like, ‘I love Abigail, she’s the best. I’m totally like her. We’re both independent, strong women. Like, yes, go girls.’ And then when I got cast as Abigail and started doing more research, I was like, “Wow, she’s the worst. She’s an evil human being.” So, I’d like to think that I’m not like her because she causes all of the chaos, death, sadness, and sorrow. I’d like to say that I’m not an evil person like her.”

“There’s a lot of funny people. Ben Lowen makes me laugh just by existing; I think he’s hilarious. Susan Toppen is the silliest person I have ever met in the best way. Zach Guikema is so weird, but weird that just makes me giggle—especially when I need a good pick-me-up.”

“They can expect to be surprised because a lot of the people in the show are pretty friendly, well-known kids at FHC, but they totally transform into different people on stage. I think people are going to be shocked but really excited at what they’re seeing.”