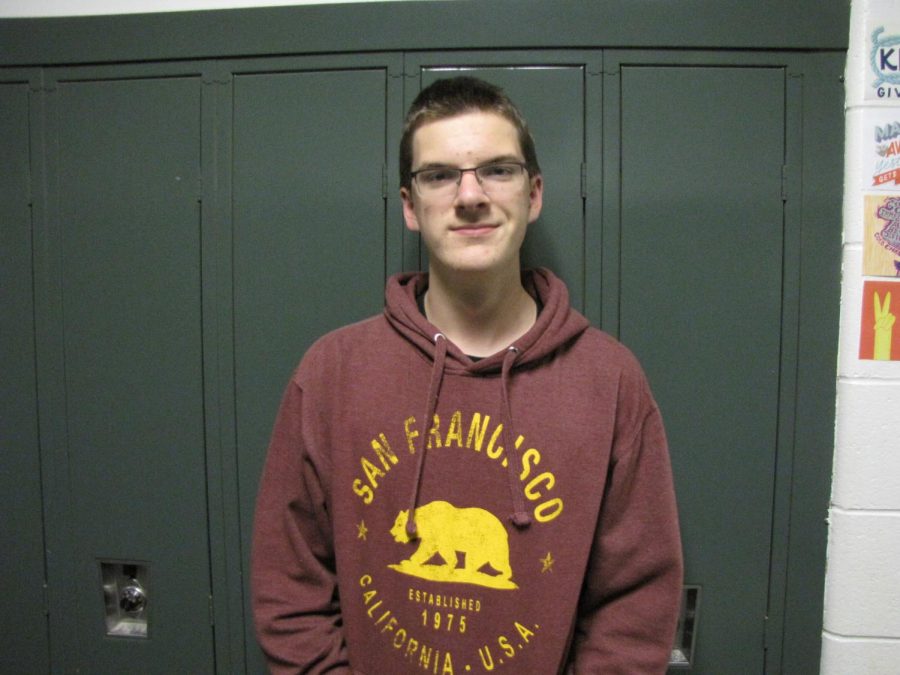 “I think [I’m most nervous about] not remembering something, especially if I don’t catch if I’m supposed to remember something. [I’m nervous if] I’m supposed to say something, and I just kind of sit there. It’s probably about the worst thing that could happen.”

“They’re absolutely central. They made us a really cool set this year, and it’s really fun being on it. It helps us get into things. The lighting really helps with stuff. We’re going to have sound transitioning, too. We absolutely need them. They’re great.”

“So, we do a lot of stuff where we work on our own. I think she’s very good at sitting us aside and having to talk to us when we need to be talked to and told ‘hey, we’re not working hard enough.’ It really helps people.”

“I would switch roles with Danforth, Alexander Hahn’s character because I kind of play a [character that’s an addition] to him, and a lot of his lines are really cool. I’d love to play that role and say a lot of those things. He has a lot of [lines] that feel really important, like they’re sort of quotable. He has in his lines my top three favorite lines in the whole play. He’s definitely not a [morally] good [character] because there’s very few good [characters] in the play. But he’s got this presence, and he’s very forbidding.”

“[The funniest] character is definitely Giles because he’s sort of a comic relief, and he’s played by Fadi. He gives his lines really well, so it kind of helps to slow things down when [people] get really angry.”

“[The most challenging part] is staying engaged because I’m in the background for a good portion. It’s a little hard once you’ve seen a scene play out like a hundred times. It’s hard to look like you’re seeing something for the first time. It drains you to be invested in the conversation when you know what people are going to say.”

“It is not going to be like the more recent shows or comedies. This is a drama, more specifically it’s painful to watch just because if you’ve read it, you know what happens. It’s really hard to watch. I think it’s a good show. I think we do it well. It’s [good because] it’s challenging. I think it makes people really feel the emotions. With a comedy you can kind of just laugh stuff off, but this one, you have to get engaged for it to be enjoyable and really feel some not great things at certain parts.”