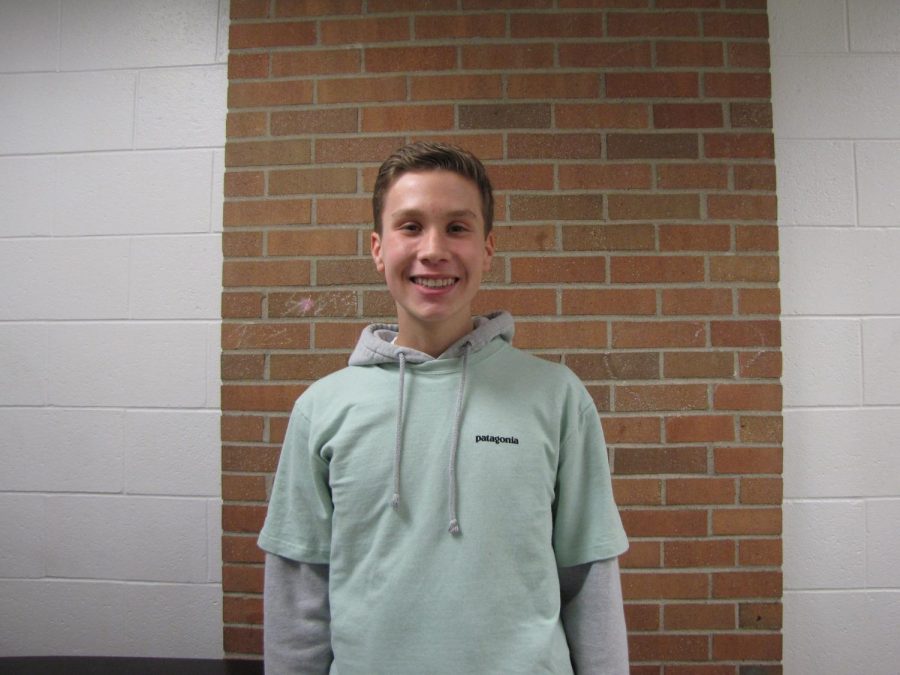 1. How does Mrs. Demeester get the best out of you and the cast?

“She helps people with their lines when we have character work.  She will have us do run-throughs, and whoever was having problems, she will go into her room and help them with them.”

2. If you could switch roles with anyone for the performance, who would it be and why?

“I wouldn’t want to switch roles with anyone because all of the cast plays their roles so perfectly that I wouldn’t want it to be done by anyone else.”

3. How do you get into character before the play?

“Seeing as my character doesn’t do much so I don’t need to do much to get into character, so I mostly just need to stay engaged.”

4. What can the audience expect when they go to the play?

“They can expect great acting. All of our leads are very good, and they put so much effort into their roles.”

5. How many lines do you have, and how long did it take to memorize them?

“I have 2 lines, so it didn’t take me that long to memorize them. I just did it the day we had to be off-book.”

“I don’t know much about Hopkins, [but] I would like to think that I am like him because we both do what we are told.”

7. How important is crew to the success of the play?

“The crew is extremely important to the show because they do everything from costumes to lighting to sound. Without them, all we could do is stand on the stage and say our lines.”