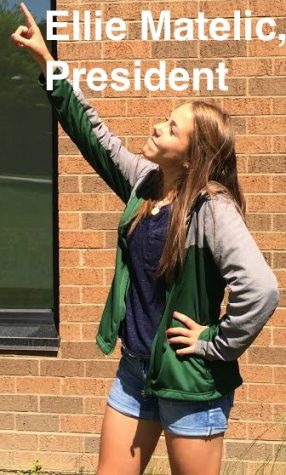 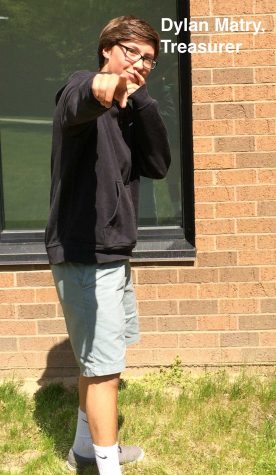 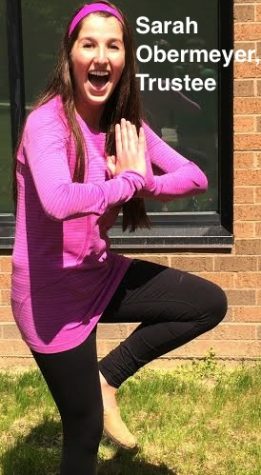 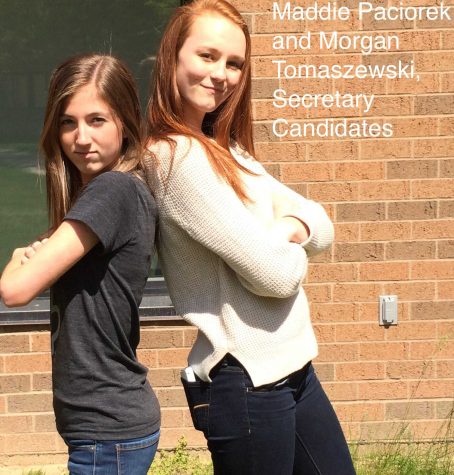 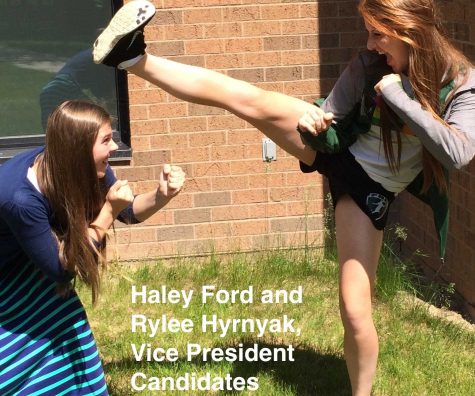 Q: What motivated you to run for student council?

Sarah Obermeyer: I think it was because this year was pretty crazy and we were all over the place. I knew that I could contribute.

Ellie Matelic: A lot of new things went on this year, so we kind of had to do it all on our own.

Q: What are your class’s goals for next year?

Rylee Hrnyak: Definitely getting more people involved from different groups in our class, not just from our own friend group.

Maddie Paciorek: I agree with what Rylee said, I had a lot of fun doing it this year and if more people got involved I think it would help our class out a lot.

Ellie: I think we had the issue of people this year saying “Oh, I’m too cool to the the lip sync..” Which was definitely a problem.

Holly Ford: I agree that uniting our class would be a really good thing, but looking past that, uniting the whole school together is something like I feel like we need to work on.

Ellie: Yeah, next year it might be cool to do something outside of the whole every class against each other thing and do something with each other and see what we could do together.

Q: What have you learned from your first year of high school in terms of leading your class?

Ellie: We learned that we need to be more organized. Like actually getting a schedule down for lip sync and planning out the specific meeting dates. Lip sync was a problem especially because it was summer and it was hectic and everyone was all over the place.

Rylee: Or maybe knowing what we are going to sculpt before we start piling snow together.

(Laughs from the group)

Dylan Matry: The snow sculpture was a struggle… they told us that we had 30 minutes left and we were like “oh crap.”… so organization is definitely a key.

Ellie: Well we had an original plan but then people went away from it. It was supposed to be a dolphin or a whale originally.

Morgan Tomaszewski: Participation kind of goes with the organization too. For snow sculpture we had a bunch of people not show up and then for the senior challenges we always had people back out at the last second.

Holly: At the assemblies we ended up just standing in front of everyone like begging people “just come down and pull this rope with us!”

Morgan: I think we just need to get everyone more confident. Everyone needs a little confidence boost.

Q: In what ways have the upperclassmen provided an example for you to follow?

Ellie: Just how together they always are. When we see the juniors and the seniors going crazy and everything that motivates us to get better.

Dylan: And how there are so many less little group and cliques with the upperclassmen. It seems like everyone knows each other and is so nice to each other and it is just one big group instead of a bunch of different groups.

Sarah: And I have to say the junior class’s lip sync was really good like that set a good example for us. It was really funny.

Holly: I think just making everyone more together and drawing kids out of their own little groups.

Maddie: I would say communication too.

Rylee: Yeah, communication is really tough because our grade is kind of split between people who have facebook and who don’t. We made an Instagram account too, but then people started getting annoyed with that.

Dylan: With communication, I feel like it’s so much easier with the upperclassmen because they all have Facebooks and they can all drive too.

Morgan: I would say fundraising is something that we can improve too.

Dylan: We tried a ton of different fundraisers this year, like Culvers and a can drive. We made a lot of money on Culvers but we need to come up with some new ideas that can make us more money.

Sarah: Something else that we need to work on is the overall atmosphere of our grade, because I feel like some of don’t want to throw ourselves out there and actually talk to people that we see in the halls and say hi to different people.

Dylan: To add to that, I feel like if one group of people doesn’t want to do something, then other people don’t want to do it. We could definitely get more participation if we had people break out of those groups.

Morgan: If people stopped doing things just because their friends are doing it, that would help a lot.

Q: What are the most important issues that FHC needs to address as a whole?

Dylan: If a freshman can get to know a junior or a senior pretty well and be able to talk to them in the halls that would help the school’s unity in a lot of ways.

Q: Is it weird that you are going to be sophomores next year? Does it feel like it went fast?

Morgan: It went a lot faster than I thought it would be.

Dylan: In middle school and the years before that, the years went by really slow, but the year goes by really fast in high school with sports and activities and everything. There is just more stuff to look forward to.

Q: What are you most excited about as you become sophomores?

Ellie: Not being freshmen.

Sarah: I think that we have more experience now.

Maddie: I agree with the experience thing, we actually know what to do now.

Dylan: Also, just showing the freshmen what to do.

Holly: And knowing what the lip sync and the banner are like, I think everyone in our class will participate more because they know what all of these things actually are.

Dylan: When we were advertising the lip sync, most people didn’t know what that was, so they were a little hesitant to participate. Afterwards, people were like “oh that was really cool, I wish I had known what that was.” So next year should be exciting because of increased participation.

Ellie: This year we were small fish in a huge pond, and next year we will definitely have our act together. We are ready to show what we can do

Q: In what ways do you want to be role models for the incoming freshmen?

Holly: I think just talking to them is important. Sometimes the juniors and seniors don’t really want to talk to freshmen, and if we are welcoming towards them I think it will make them feel more at ease.

Ellie: Helping them with what to do for student council will help them a lot too. We need to give them examples of how to organize and fundraise.

Dylan: If we tell them what we wish we would’ve done in terms of student council stuff, that will help them a lot.

Q: Did high school live up to your expectations?

Morgan: We didn’t really know what to expect.

Ellie: It really opens your eyes too. In middle school, nothing really happens, but high school is a lot different.

Dylan: When people came to high school, everyone thought that it was a crazy, scary experience because that is how everyone always describes it. But when you actually get here and get situated it isn’t too bad.

Q: What strategies did you take with your campaigns?

Ellie: I am just talking about unity a lot and recapping our successes for the past year. I am running uncontested so there isn’t a ton of stuff to plan for.

Dylan: I am also running uncontested, so I am just recapping the year in my speech as well.

Maddie: I wasn’t on student council last year, so I saw the other side of it and I am just going to try and emphasize the importance of participation.

Morgan: Adding to that, there have been a lot of improvements this year. We have just come together really well as a class and have shown a lot of unity and I think that we can build on that.