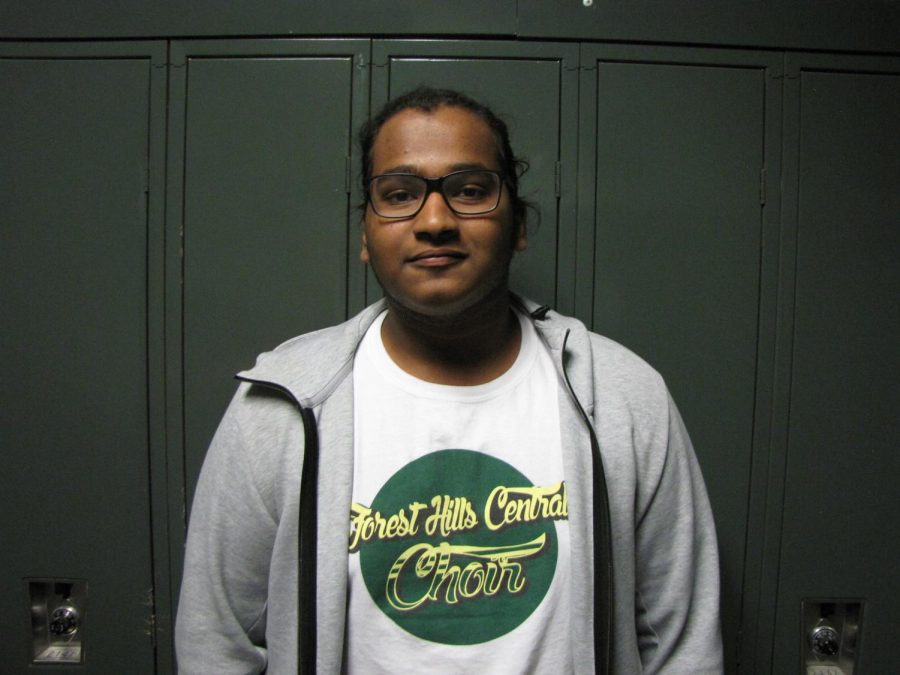 “Just being in the play in itself is a big thing. I mean, I get to be a rich, old, angry, not-so-smart, greedy man from 1692 for two hours. That is quite exciting in my opinion.”

“Mrs.Demeester is a very encouraging teacher who really loves to help us with how we navigate our characters. She is sort of the one common person with whom all the cast have a relation. So, she is very important.”

3. If you could switch roles with anyone for one performance, who would it be and why?

“I would switch with Linus, who plays Reverend Hale. Hale is a very peculiar character in my opinion. He walks into Salem with a very clear mind and objective and paves the way for the rest of the play, and at the end, [he] sort of quits. So, it would be interesting to stand in the shoes of Hale for a little bit and explore his character.”

“I am very unlike my character. In fact, over the course of time, I have developed a sort of hatred for my character because my character is a very selfish, highly self-aware character who, quite honestly, doesn’t care about others.”

“I don’t really have an acting background besides the musical last year. But, I have spent countless hours trying to learn the true art behind acting and putting [on] a convincing performance.”

“Drama. Suspense. A heart-wrenching story of infatuation versus love.”

“I would like to thank Ms. Kooistra, the director, and Mr. Curtis, the co-director because their insight into the character and their tips on acting are what truly helped me get to this point.”