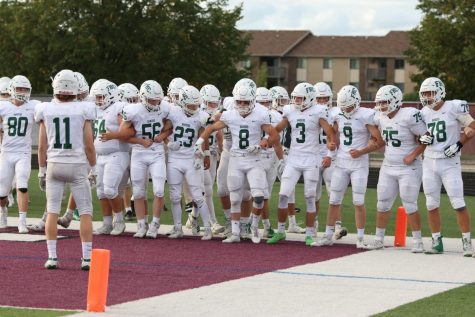 The varsity football team came into this game knowing they were in for a challenge. They had played Grandville before and knew how difficult it was to counter the powerful Wing T offense that Grandville ran. The game started off with a flurry of scores by Grandville, making the score 24-0 by the end of the first quarter. In the second quarter, the team saw improvement, trading scores with Grandville and finding their stride on the offensive end. By halftime, the score was 32-14. A scoring drive led by Jimmy Scholler and Jackson Clay led to another score by the Rangers in the third quarter, followed up by the first punt of the game for Greenville. The Rangers scored again and got the 2-point conversion but were unable to get the final three points they needed and ended up losing 32-29. The amazing comeback made for a thrilling second half that was extremely entertaining to watch.

“After a rough first half, I was really proud of how our team rebounded and made a great comeback second half even though we, unfortunately, came short.” Aidan Paciorek said. 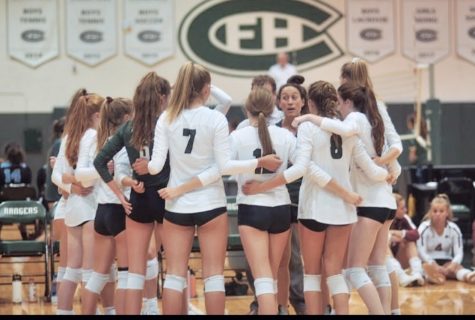 The Rangers headed into the district finals with a stellar 10-2 record as they prepared to face off against the dominant Lowell volleyball team. The first set was close, with both teams battling to try and come out with the win. The Rangers lost, however, in a close 25-22 score. The second set started out heavily favoring the Rangers, with the score 21-13, but the Red Arrows, unfortunately, mounted an explosive comeback and won the set 25-21. Junior Julia Bouma had a great performance those two sets with ten digs, five aces, and two attacks. The final set was painfully close, but Lowell pulled out the win 25-23. Overall, senior Lauren Schofield had ten kills, six digs, and thirteen attacks in this action-filled, back-and-forth game. This ended the Ranger’s season, but it ended it with a great effort versus a tough team. 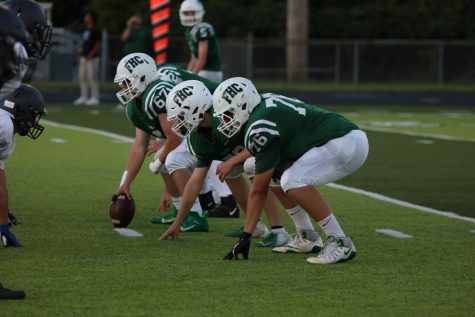 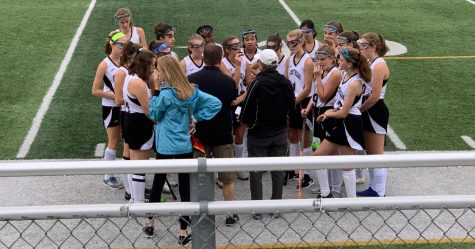 Going into this game, the Forest Hills team was 1-1, with their defense being the main driver of their success. This game, however, was not only a defensive spectacle but an offensive one as well. The team shut down all attempts of scoring by Novi while scoring 4 goals throughout the game. Katy Stevenson, a Forest Hills Central freshman, dominated the field, scoring a pair of goals while freshman Mackenzie Wintrich, another Ranger, snagged her own goal. Rockford freshman Alexis Neuman took the final goal to cap off this stellar win. 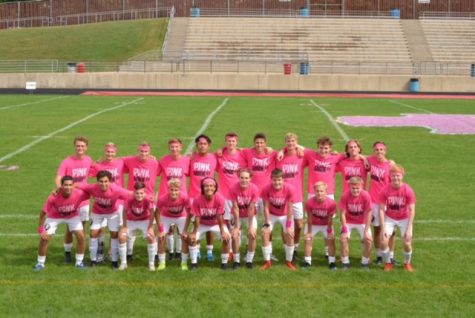 The Rangers were coming off of a tough loss and really needed this win and they got it. It was senior night and the Rangers came into this game determined to The first half was a back-and-forth, with both teams carefully trying to find the weakness in the other’s defense. Both teams had multiple shots on goal and felt uncomfortable defensively as they progressed through, although neither scored. The first half ended 0-0. The second half began with some great saves by senior Ethan Hale and a score by Micah Gschwind to make the score 1-0. Shortly after, Sammy Postlewait had an opportunity for a pk and he made it with a beautiful goal. Lowell scored in the last 6 minutes but it was not enough and the Rangers finished with a 2-1 win.

“I would say that the game was definitely a game to see,”  Richie Alvarez said. “Especially since it was senior night for both teams, so we felt like it was a must-win game. Early in the game, one of our starting defenders Matthew Mahoney went out with a head injury, so it was a bit of an uphill battle at times, but we pulled it out and came away with a win so I’m very proud of the team”