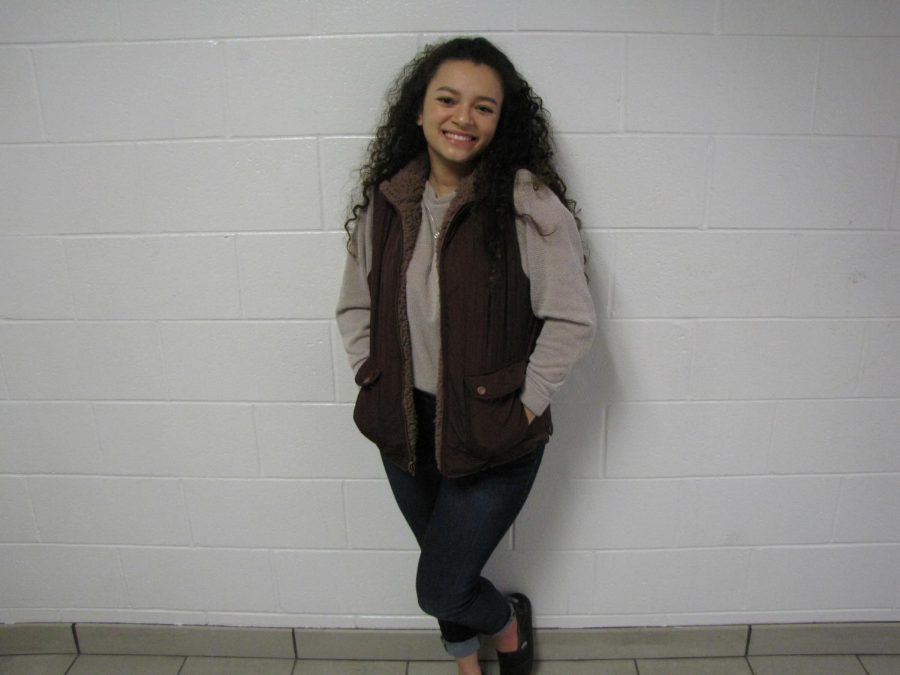 1. What makes you the most nervous?

“Just being on stage in front of people is really scary. I can do it, like I’m not bad at it, just the general idea of being all those people is very stressful and very nervewracking.”

2. How important do you think crew is to the success of the play?

“So important! I might just be a little biased because I’ve done it for so many shows. If a show is a human body, crew is the skeleton. They really do the most; they are so important. Crew does everything that you don’t see, and there are so many levels of it. Like when you’re watching a show and it goes dark and then it’s a totally new setting—that is crew. Props. Hair and makeup. Lighting. Mics. Everything is crew. It’s ridiculous the amount of effort they have to put into the show. I just love them.”

3. What emotions do you think you’ll feel on opening night?

“It’ll be very bittersweet, I think. You’ve worked so hard, and you’re finally seeing it all come alive in front of an audience, which is what you’ve been working for. But at the same time, it’s like,’ hey. It’s almost done. All the hours and hours I’ve put into this—it’s almost done.’ Definitely very bittersweet.”

4. If you could switch roles with anyone, who would it be and why?

“I would want to be Mercy Lewis, who is played by Sarah Tiggleman because Mercy’s character is very much a bully character. She gets to be really mean and sassy and aggressive, and I don’t get to be that very often. I’m a very calm human being I think, so it would be really fun to just be mean. In the show, not real life.”

“I think my character kind of got dragged into [everything]; she didn’t really know how to say ‘no.’ Abigail was kind of this big force being like, ‘You have to do this.’ It’s not really positive, but I think in that way I’m similar—I have a hard time saying ‘no’ to people.”

6. How do you get into character?

“I think a big part of it is just having background knowledge of your character. Obviously you know what’s been written into the script, but it’s also having the knowledge [of] ‘Why is my character saying these lines? What is the motivation behind it? Why am I doing this?’ It’s understanding your character, and not just knowing lines.”

7. What do you think is the most challenging part of playing your role?

8. Who would you like to thank for supporting you?

“Oh my goodness, Robbin DeMeester, because I wouldn’t have auditioned if it wasn’t for her. I love this so much, so definitely Robbin—Mrs. DeMeester—and definitely our directors. They’ve done so much for us, not just with our lines, but understanding our characters and doing them justice. So definitely those three. And just the whole cast. They’ve been such a rock—oh, Hi, Mrs. DeMeester! That’s so fun. There are so many people I’ve gotten closer to through this show that I’ve never talked to in my high school life. I just love them.”