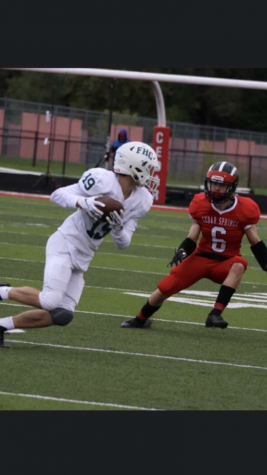 Sophomore Jacob Bonnett started off the football season as the only sophomore on varsity; later on in the season, however, he became a key component to the starting lineup for the Rangers. He racked up more than 250 yards receiving, as well as contributing to the passing defense for FHC and being the kick returner on special teams. In potentially one of the most crucial games of the season only leading 7-0, Jacob returned the ball 15 yards after a forced fumble and allowed the Rangers another energy spurt. Towards the end of the season, star senior Jackson Clay fell down with a broken collarbone and was unable to play in the remaining games, thus opening more targets for Jacob. He was the main guy for receiving the kickoff, and one of the key defensive and offensive targets for the Rangers.

“This season was a blast,” Jacob said. “I’m so thankful to have had the opportunity to play on varsity with such great teammates and coaches who helped me with so much throughout the season. This year for sure taught me a lot both on and off the field, and I couldn’t be more proud.” 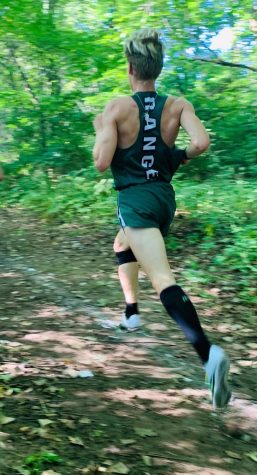 Sophomore Sam Yeager had an outstanding season on the FHC Cross Country team, and he continues to be one of the Rangers’ top runners. Although he was just shy of a state-qualifying time, Sam was the second-fastest FHC runner with a time of 16:17:12. Throughout the whole season, he consistently ran with the top 5% of each race and was always one of the top 3 runners for the Rangers. Sam was on varsity as a freshman and sophomore, and he will continue to grow and thrive as his high school career continues.

“This season was all about building until conference championships and Regionals where I [and many of my teammates] were able to meet our goals,” Sam started. “Finally being able to put everything together at Regionals, running a 5k time of 16:17, and breaking the sophomore school record felt amazing. This season could not have gone better, and I can’t thank my teammates enough.” 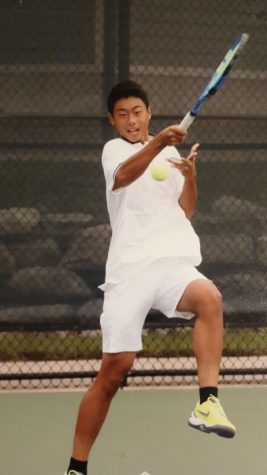 Freshman Sammy Yin was one of a select few freshmen on varsity tennis this year. Not only did he have one of the best records on the team, but he also played one of the hardest flights: one and two singles. In the Regional finals, Sammy faced off against one of the best opponents in the state. He played the best singles player from Forest Hills Northern—who won states—and barely lost in the third set. Despite his losses to Northern, Sammy finished out the season going 22-6. He competed against the best competition in the state as a freshman and has a very promising high school tennis career ahead of him.

“Skill does play a great role in tennis, but a big part in high-level tennis is your mental strength and your willingness to fight through the challenge,” Sammy said. “It was overall a great season and I’m honored to be in the position I was in the season. This team taught me so much, and I can’t wait for the years to come.” 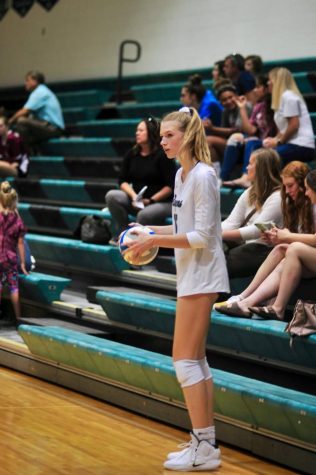 Sophomore Brooklyn Conner is a two-year varsity volleyball player and was a key part of the great success of the Rangers this season. In one of their earlier games, she led the team to a victory against Ottawa Hills with a total of seven kills. This was a common theme all season, as she was seen as a huge threat at the net and proved crucial to the Rangers’ success. She was not only lethal at the net, but she also had a few key hits in the District finals against Lowell. Freshman year, Brooklyn was also one of the top players. She managed to change the outcome of many of the games, including a tough match against Lowell on Senior night where she had a few crucial blocks that allowed the Rangers to come back, but they couldn’t quite close it out. Brooklyn had a total of 284 kills on the season along with 62 total blocks which assisted in her team’s great success.

“I really love my team, and our chemistry was off the charts this year, even though we were all made up of different grades,” Brooklyn said. “Especially being a freshman on varsity last year, it felt strange that I was on a team with people much older than me, but I wouldn’t have wanted it any other way.” 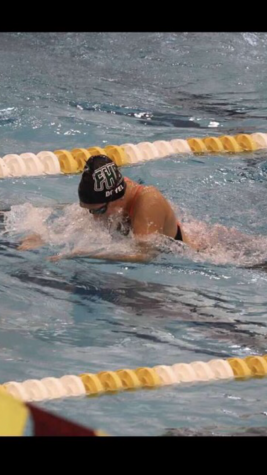 Sophomore Jessica Doyel has been on varsity for two consecutive years and has consistently been a powerhouse throughout the season. As a freshman last year, she swam in the 4×100 relay and placed fourth in the West Michigan Relays, but she only got better by her sophomore year. In the 200-yard medley relay against Northview, Jessica and her three other teammates won their race with a time of 1:54.11, which was a huge victory for the Rangers. She also dominated the 50-yard freestyle, winning the race with a time of 26.33. She will continue to be a key competitor for the Rangers for the next few years and has proved her spot on varsity as both a freshman and sophomore.

“I love how much the team has bonded and the support they show for every girl,” Jessica said. “Although there are no cuts, being an underclassman on the team is a huge honor. Since I’m still kind of new to the program, the upperclassmen all included me and taught me the Ranger way, and it was so much fun.”