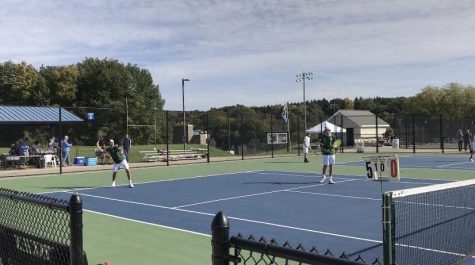 Juniors Ben Koning and Nick Stockenauer had an outstanding season this year on the boys varsity tennis team. They played as a set of doubles for the whole season for the FHC team. From last year, the boys improved their level of play by working hard during the offseason and attending many camps. This year they had to fill a very important role: they had to win enough matches to help their team qualify for states, and they did just that. They had great wins over Brother Rice, UD Jesuit, Seaholm, and Groves while also placing second in Regionals, gaining much recognition for the Rangers. At States, they ended up placing fifth, which they were a bit frustrated with, but their hard work and results throughout the season made up for it.

“Ben and Nick had an awesome season,” junior teammate Chris Battiste said. “They both had major team spirit and were loved by everyone on the team.” 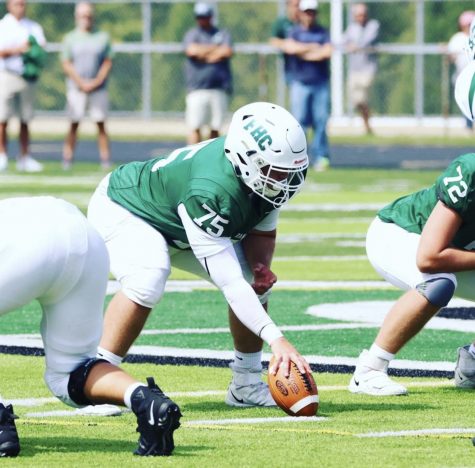 Senior Payton played as the center and captain on the varsity football team here at FHC. He was a strong point on the field, holding the offensive line together. Throughout the whole season, he played consistently and made sure he didn’t let anyone down. Payton was always encouraging his teammates, being very vocal on the field and pushing them through the hard times. During the season, he had some trouble with his knees, but even when he was struggling, he stayed positive and continued to help his teammates. Payton played very well in the game against Northview, showing his leadership skills and making all the right calls for the offensive line. He did great this season and helped his team go 8-3 and making it into the district finals.

Gavin is a sophomore that played on the boys JV Soccer team both last year and this year. This season Gavin had to move into the center back position. This transition may have been a little hard, but he coped well and quickly adapted to the new role he had to fill. Since Gavin was on the team last year, he also brought experience to the team. He helped the newer players get comfortable on and off the field, showing them how to work hard and to help one another. In his new position, he stayed calm and played consistently in every game which was a huge help for the Rangers. Gavin played especially well in their game against FHN. Even though FHC ended up losing, Gavin showed great character and kept his head up in the hard times.

“He was not a captain, but his work ethic and attitude embodied what it means to be one. He was a stalwart on the team,” head coach Robert Otterbein said. 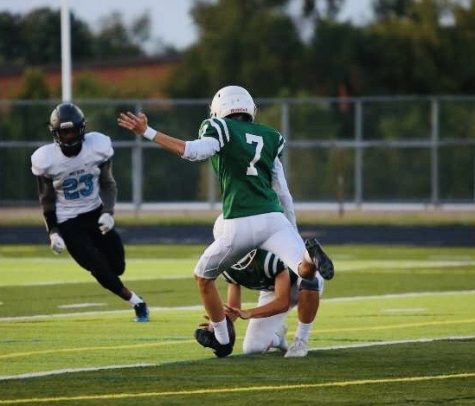 Sophomore Luke Gustafson is the kicker of the JV Football team. Some people may not think that the kicker has an important role, but they are far from correct. Luke impacted the games hugely; he went 2/3 on his field goals and 23/24 on extra points, helping his team to an 8-1 season record. Luke was a great teammate with always being supportive on and off the field to every one of his teammates. All of the boys spent a lot of time together, bonding greatly to make the season run smoothly. Luke was the player that topped off every touchdown that was scored, increasing each six points by one, running their opponents deeper into the ground. Luke stepped up when his teammates needed him and made sure he was on his game every night.

“The team impacted me in a big way because when you spend so much time with a group of people, you get close to them and learn how to get through the tough times with them,” Luke said. 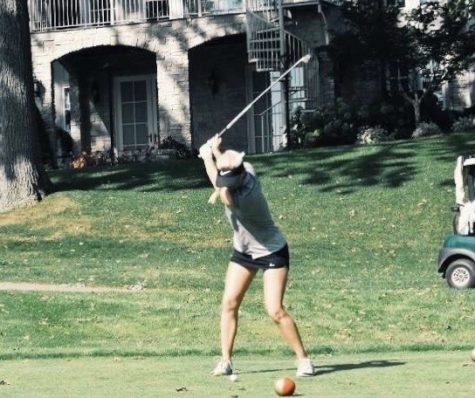 Maddie is a junior on the girls varsity golf team and has played golf for all three years of high school. This year, she played in the third position on the team, being a very important player and a great contributor to the team. For it being her third year of playing golf for FHC, she brought some experience and knowledge to the team. Maddie worked hard during the offseason to make sure she was prepared for her junior season. In every match this year, Maddie achieved great scores, giving her team a higher chance of making it to states. She played very well at the Meadows, scoring an 86. She also played well at the Ottawa Hills Jamboree, scoring a 43 and at Forest Akers East she shot an 89. When the Rangers did go to states, they placed third, showing how much effort they put in all season, with Maddie there helping them every step of the way.

“I think Maddie did an amazing job this season,” junior teammate Ava Metaj said. “She was our number three person on the team, and she shot in the 80’s most rounds. She was always happy and encouraging her teammates throughout the whole season.”