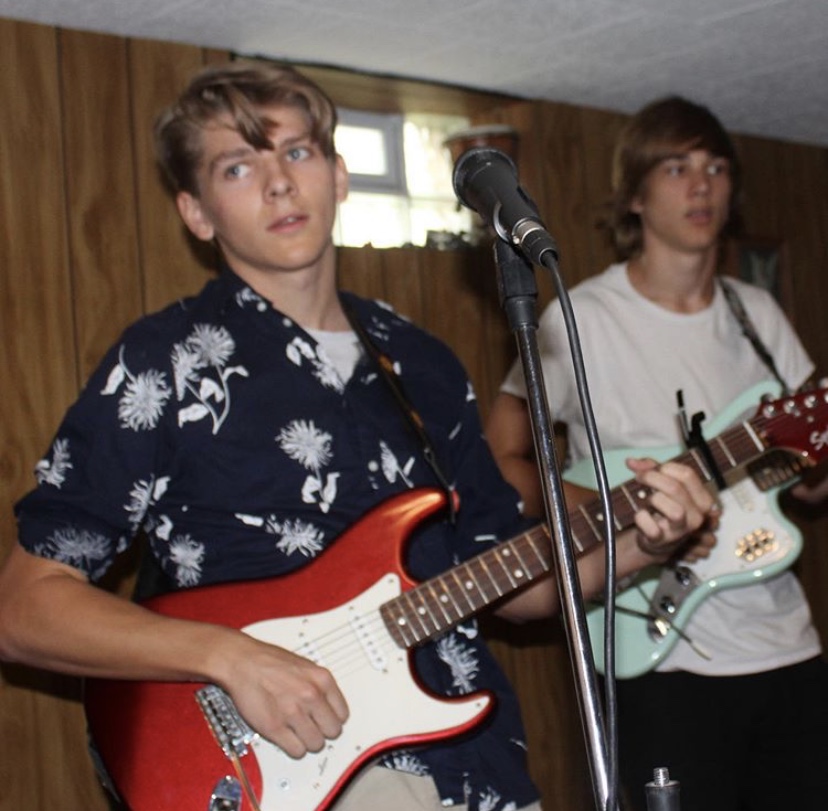 It’s one thing to be a high schooler whose music has garnered a fan base, but it’s a whole other level of success to have a following that is so engaged that they send care packages. Ian Walschots, a senior at East Grand Rapids High School, is an example of someone on the receiving end of this attention who doesn’t see himself as a rockstar.

“It feels crazy—it’s not a feeling that I expected,” Ian said. “It’s a weird feeling to just play and look up at everyone dancing and singing along to a song that [we] created.”

Typically, another feeling that accompanies this when performing is nerves, but when discussing whether or not he feels pre-show anxieties, Ian says that, with the exception of his very first show, he doesn’t usually find himself getting nervous before performing. Since he still views their concerts as a fun way to hang out with friends and meet new people, these emotions tend to lean more towards excitement instead of apprehension. Of course, he still aims to do his best, and as far as the greatest shows go, for him the most unbeatable of their performances took place in early September.

For him, being in Pay with Pesos is a way to express the creativity that he already finds in everyday life. “I never try to learn other people’s songs,” he says in regards to his method of practicing.

“I always try to make [music] my own and doing whatever I want with it,” Ian said. “I constantly try to write music; I love the way it makes me feel.”