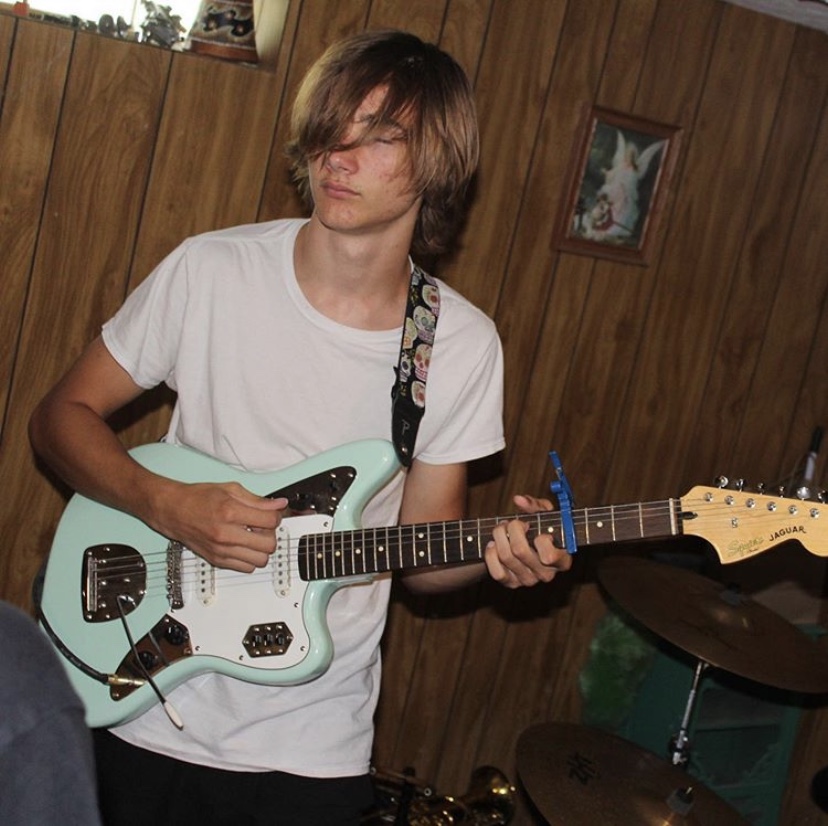 Approximately one year ago, Henry Lovejoy Vandenburg attended his very first house show. Although he enjoyed it overall, his thoughts consisted of, “this is a good experience, but I wish the bands were better,” so, naturally, he sought to change that. Now, as a senior at Northview High School, the band credits him with jumpstarting their involvement in the process of finding and playing at venues.

His feelings towards performances at these shows continues to remain casual yet exciting. Since he still views the band as something enjoyable to partake in with friends, to him, the mistakes or mess-ups that may come along with gigs are just part of life, especially since they’re “just having fun.” In addition to this, the story of how he originally got involved in the band is, to put it simply, as nonchalant and carefree as he is.

“[The current members of Pay with Pesos] have wanted to start a band since we were like eight,” Henry said. “[Thom] asked me if I wanted to join this group, and I figured I should [probably] start learning guitar, so I did.”

The joy that music brings him is one that, as he moves on to adulthood and through college, he hopes will not get lost in translation. In terms of pursuing music as a career, he says, it all depends on how you look at it.

“If you’re choosing [music] as a career, I think if you stick to the aspects that are making you happy and work with yourself on it, then it will never get boring,” Henry said. “But, if you fall [into] a regiment or someone else’s plan, it’ll get stale.”

As far as the support he receives from his family, Henry acknowledges that, although he may spend more time on music than homework—much to his Dad’s distaste—the overall reaction that his parents have towards his passion for music is positive.

Despite this, Henry states that there are no downsides to being in the band; it is an opportunity to combine two things he loves: his friends and music.