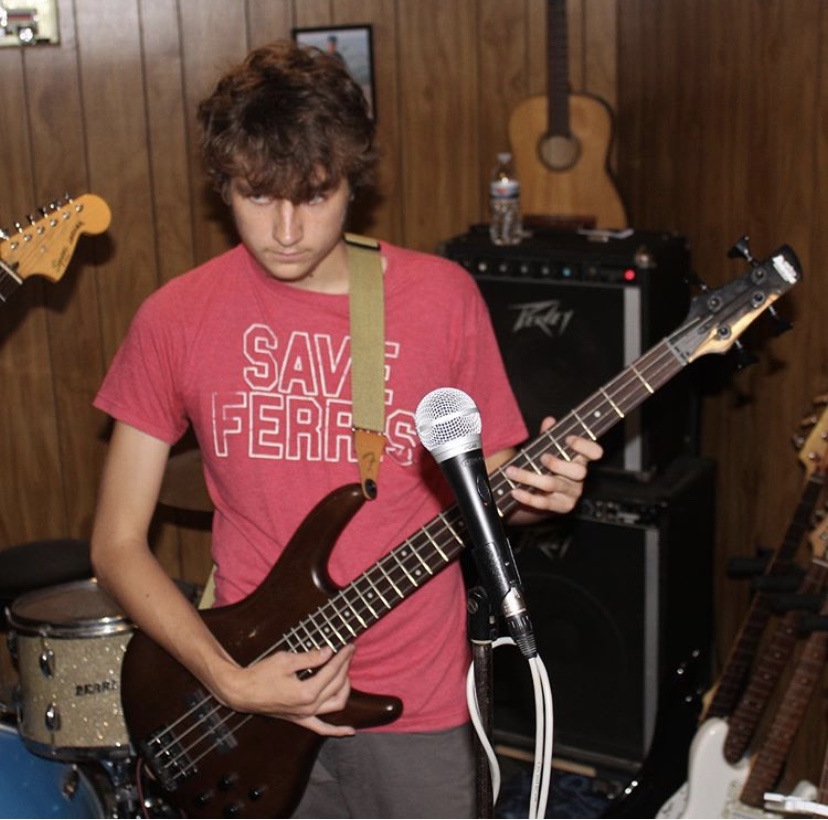 Thom’s story regarding his introduction to music is seemingly one of chance. After walking home one day and finding a guitar pick on the ground, his thoughts were, “well, I’m halfway there; now I just need a guitar,” and then he did just that.

Even though he knew some of his bandmates prior to getting involved in the group, the friendships that being in Pay with Pesos has gifted him with are the highlight of the experience, coupled with his intense love for anything music.

“I’ve spent [almost] every day of the last year with Micah, Ian, Jake, and Henry just screwing around and having fun,” Thom, a senior at East Grand Rapids High School, said. “These are my brothers now, so it’s cool to have people that are close to me in my life. I [also] just love music; I’m obsessed with it.”

His passion for their creation of music—a passion shared by all the band members—perseveres through their newest song: “The Public Execution of Jimmy Fallon.” Thom, who is extremely proud of both their previous EP’s and this upcoming album, speaks to Pay with Pesos’s inspiration for their new songs, which features contemporary and creative aspects that differ from their previous works.

“I’m not trying to compare ourselves to the Beatles because we aren’t nearly as good as them,” Thom said, “but our intention with the EP was to try to make pop music to start off with and then move into more experimental stuff.”

For Thom, the entirety of what it means to be in Pay with Pesos is nothing short of consuming. The act of writing, playing, rehearsing, and recording music all while surrounded by his closest friends is what keeps him going and motivates him to surpass even his own expectations of himself.

“It’s just a reason to get up in the morning,” Thom said. “[Being in Pay with Pesos] gives me something to do. I spend a lot of time doing this because I have fun doing it. It’s changed my schedule a lot. [Music] is something to get excited about, and it’s given me a more positive outlook.”