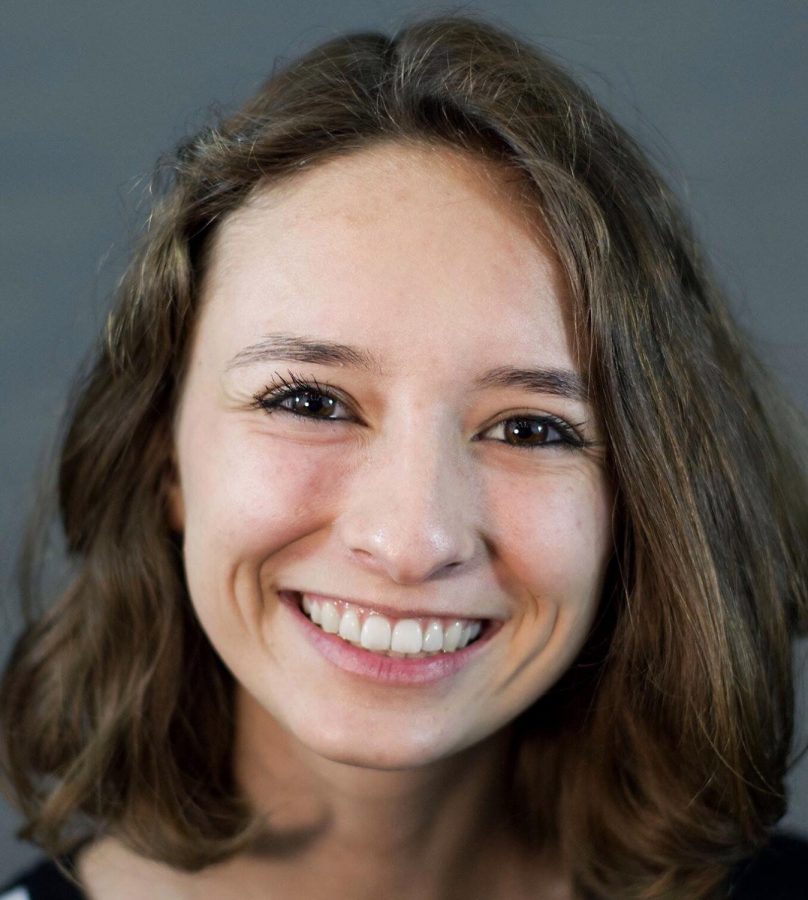 Ashley Kooistra returns to FHC, friends, and an old passion

A young Ashley Kooistra sat in nervous excitement among her fellow fifth graders. It was a day almost every fifth grader looks forward too, the day the music teachers from the high school come to Central Woodlands to assist students in picking out the instrument they would play as sixth graders.

For many students, it’s their first look into the musical world. Some will stay. Some will leave.

For Ashley, that day would begin the journey of a lifetime.

“Meeting Mr. Pool and trying the viola in fifth grade was the beginning of my musical journey,” Ashley said, “and I can never thank him enough for his encouragement even to this day.”

The desire to live eternally in the musical world would develop quickly throughout the next two years until, at the end of seventh grade, Ashley would decide that she was being called to be an orchestra teacher.

Unlike many high school students, Ashley stuck with her childhood dream and nurtured it all the way to her college years. It was during her time at Grand Valley State University that Ashley discovered that her love for music could be expressed in a plethora of ways; she wasn’t tied down to any one thing and her multitude of talents and passions deserved a stage of their own.

“I knew that I wanted to be an orchestra teacher since the end of seventh grade,” Ashley said. “But as I continued through college, I recognized that there are a lot of other things I also want to do, too. The great thing is that you don’t have to settle on just one thing and be stuck with it for the rest of your life.”

These realizations unfurled horizons and opened doors for Ashley. Once she discovered she could express herself in various different ways at once, she was drawn back to an old love, and an old home.

This year Ashley took her maiden voyage in the world of directing with her first play: FHC’s production of The Crucible.

“Even though years have passed since I roamed the halls as a student,” Ashley said, “the place still smells the same. That nostalgia of walking into a building that houses so many of your memories, it was a lot to take in. Despite that, I quickly settled in and felt right at home, and [I am] beyond grateful for the opportunity to serve my alma mater.”

Ashley’s directing, along with a team of amazing cast and crew, seamlessly recreated the world of Salem, 1692. The experience allowed Ashley not only the opportunity to return to the school of her childhood, but also the teachers that shaped her into the person she is today.

I’ve grown so much from who I was when I left, and I’m so happy to be using my new life experiences to encourage the next generation of Rangers.”

“Mrs. DeMeester has been there beside me during the most difficult times in my life,” Ashley said, “and her compassion and honesty have helped me to spread my wings further than I ever imagined.”

While Ashley enjoyed reliving the memories of her time in FHC theatre and spending time strengthening old friendships, it was the new relationships she made that truly transformed this experience into a memory she will forever cherish.

“My favorite part, hands down, was the people,” Ashley said. “The students I worked with this fall were respectful, compassionate, dedicated people. But more than this, they are good people. It was also neat to realize that I had my time to shine at FHC, and now it’s a new student body’s turn. I’ve grown so much from who I was when I left, and I’m so happy to be using my new life experiences to encourage the next generation of Rangers.”

As a high schooler, Ashley made a realization about our views on our self-worth. As a director, back in the school she started her growth in, Ashley finally began to put her realizations into practice.

“This is something I realized in high school, but haven’t started practicing until this year: take yourself less seriously,” Ashley said. “I was so high-strung about everything, and the truth is that we’re our own worst critics. If you can begin to turn that harsh voice off in your own head, or at least acknowledge that that awful voice isn’t telling the truth about you, you’ll be years ahead of where I was.”