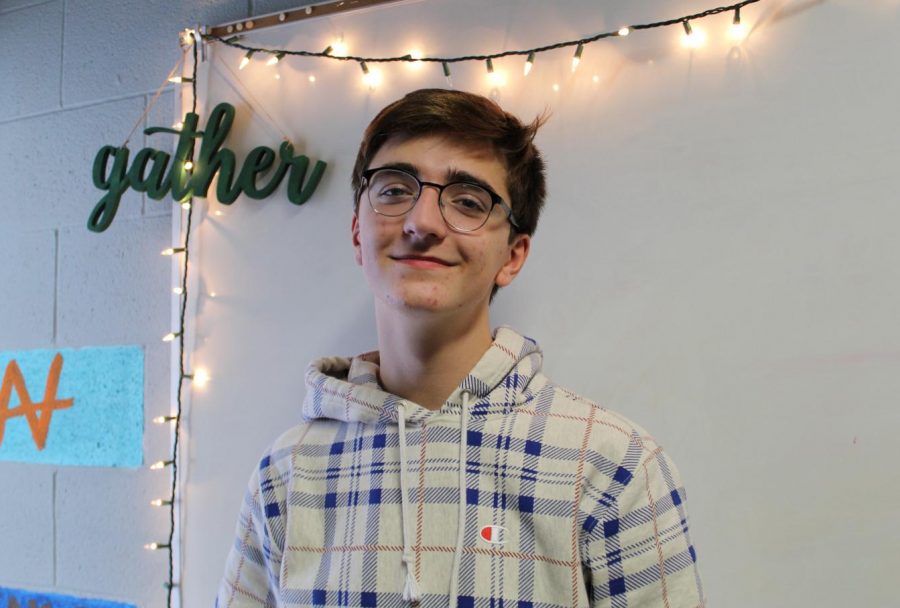 1. Why did you decide to join TCT?

“I decided to join TCT after Mr. George recommended that I do so on one of my essays when I had him for Honors English 10. I never saw myself as a great writer until that moment, but once I got that critique—or whatever you would call it—I saw being a great writer as a goal I wanted to meet. It was a really hard decision to make because I had my four-year plan so perfectly crafted, but after joining TCT, I realized that that plan would have led to a lot of stress and unhappiness. I can’t imagine going back to a schedule where I don’t get to go home to the TCT room at the end of the day. I joined for the writing and stayed for the people.”

2. How has TCT helped you grow as a writer and person?

“TCT has helped me grow as a writer by forcing me to learn how to overcome writer’s block. I used to just give up when I couldn’t find inspiration, but now that I write so much, sparking creativity has become a quasi habit. I’ve learned how to clear my mind and focus and just let ideas come to me. I’ve learned how to manipulate my style of writing to fit the audience while still maintaining a piece of me in everything that I write. As for how TCT has changed me as a person, I would say that it has made me so much more open, adventurous, and happy. There’s something about the TCT room that just has a sense of healing to it; maybe it’s the people, the passion, or the blue paint on the walls—I don’t know what it is, but I do know that that room has pushed me to be the best version of myself at all times.”

“Part of me wants to say pepper jack because it’s by far the most amazing cheese to ever exist, but I don’t think I have the je ne sais quoi to carry such a title. Another part of me wants to say shredded cheese because it’s such a unique type, and I feel like it’s a modern twist on an age-old classic—which is kind of like me. What am I even saying? The strongest part of me, however, wants to say that I’m not a type of cheese, but rather a brand/mascot. There’s something about the cow person on Laughing Cow cheese commercials that speaks to me for some strange reason. I’ve never had Laughing Cow cheese, but that cow woman is just so bold and unapologetically herself that I see myself in her. She also wears a cheese earring—it’s like a little Laughing Cow cheese container, and I’d be lying if I said that didn’t perfectly coincide with my fashion sense.”

4. What is your favorite thing about writing?

“My favorite thing about writing is the way it lets me express myself. It’s cliche, but it’s true. My mind is so constantly revolving around words and writing that I—like a lot of writers—will just type a string of words into my Notes app anytime something literarily flavorful comes to mind. Writing lets me exercise my creative bone while also giving me something to feel proud of at the end of the day.”

5. What’s your funniest story of complications while working on a story?

“Freshman year, I had an assignment to write a story that included paint color names. It was supposed to be an exercise to overcome writer’s block, I suppose, by forcing you to find inspiration from unconventional sources. I took it a little bit too far and ended up turning in a nine-page story when it wasn’t supposed to exceed a page or two. Every once in a while, I look back and read that story just to give myself a confidence boost. It was really bad, but it’s proof that I’ve grown as a writer.”

6. Who’s your favorite literary character and why?

“This is such a tough question, but I would probably say it’s a tie between Simon Spier from Simon Vs. The Homo Sapiens Agenda and Jay Gatsby from The Great Gatsby. I really identified with Simon when I first read the book, and it gave me representation that I definitely needed at the time. I saw some of myself in his character, which was something very unfamiliar to me. For Jay Gatsby, I don’t necessarily idolize him, but I love the complexity of his character. The way Fitzgerald describes him was so magical and inspired my writing for many essays following reading that book. Gatsby’s character was the first time I read to get to know someone instead of reading for the plot.”

7. What is your favorite type of story to write and why?

“My favorite story type to write is a column or review. I like writing them because they are the most opinionated and give me outlets to whine, worship, or just write. Both of these story types were things I was apprehensive of writing when I joined the class, but after writing them so much, I realized that I genuinely enjoy the challenge they bring. They definitely help sculpt my writing style and play a big role in my risk-taking in writing because I feel more adventurous when I’m writing either of these two-story types.”

8. What are your aspirations for the upcoming decade?

“I just want to be happy—overwhelmingly and fulfilling happy.”