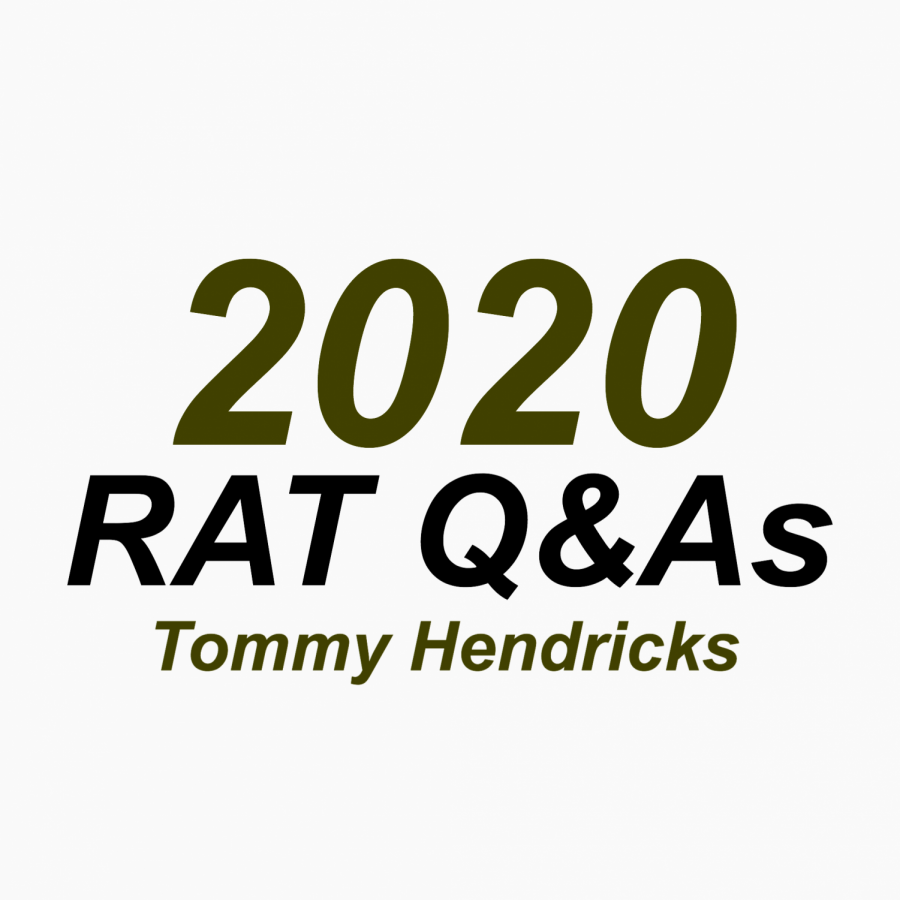 “I am in five acts: drumline, House Band, the Senior Boys Acapella, Senior Boys Skit, and a marimba solo.”

“Well, each act takes its own preparation. The Drumline is playing old cadences but adding new visuals, and the House Band is mostly playing jazz tunes. For the Senior Boys acts, I just listen to what Ali tells me to do. The marimba solo I’m playing is titled Odessa and is a very difficult piece that I played for Solo and Ensemble last year.”

“I had a lot of fun last year, so I decided to audition again.”

4. How do you feel about cilantro?

“I love cilantro. [It’s] always a necessary addition to my burrito bowl at Qdoba.”

5. Money, power, or good looks: which would you rather have an unlimited supply of and why?

“Well, considering I already have good looks, I’d have to go with power over money.”

6. Are you friends with the stage?

“I’ll find out the day of RAT, but I don’t think I’ve done anything to make it mad. So I hope we’re friends.”