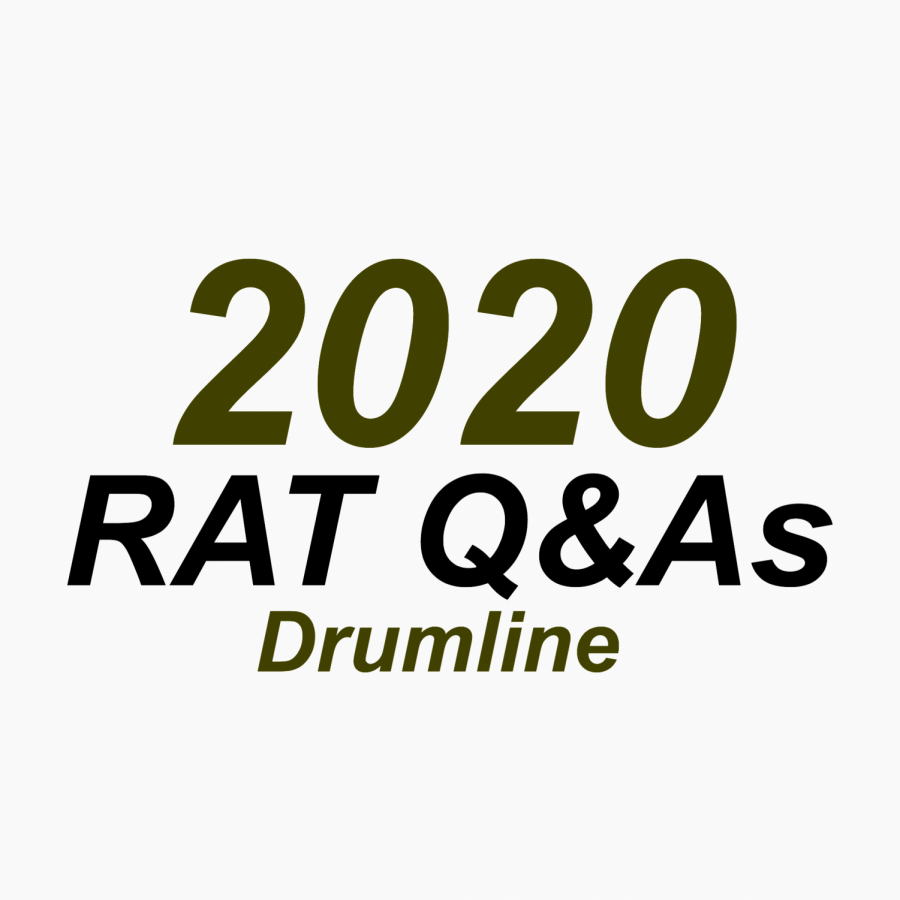 “We will play a few songs from fifth quarter with a few new visuals.”

“Drumline’s act is two cadences that we usually perform during fifth quarter.”

“We brushed up on some of the less clean parts of the cadences.”

“The only preparations we did was make up some drill and visuals for [one of the cadences].

“We had a few practices during zero hour to get our act ready after a few months of not playing our marching drums. We have been playing those two cadences during marching season so it wasn’t hard to relearn our parts.”

“We didn’t really choose to audition, DeMeester came to us and offered to have us perform.”

4. Tell us about the moment you were selected for RAT?

“Ms.Demeester came in on zero hour one day and asked us to do a blacklight show.”

“The singer Cilantro is great, especially Gato no es bueno.”

“I have no preference for cilantro.”

“I have no opinion.”

“Power, so I never have to pay electric bills again.”

“Money because I could use that to help other people who are in need.”

“I wouldn’t say I’m exactly friends with the stage but I’m not really a stranger to it either, and most of drumline has been in band or in some form of music since 6th grade.”

“Yes, I don’t really feel nervous anymore when I perform on stage. You get used to it after a while.”