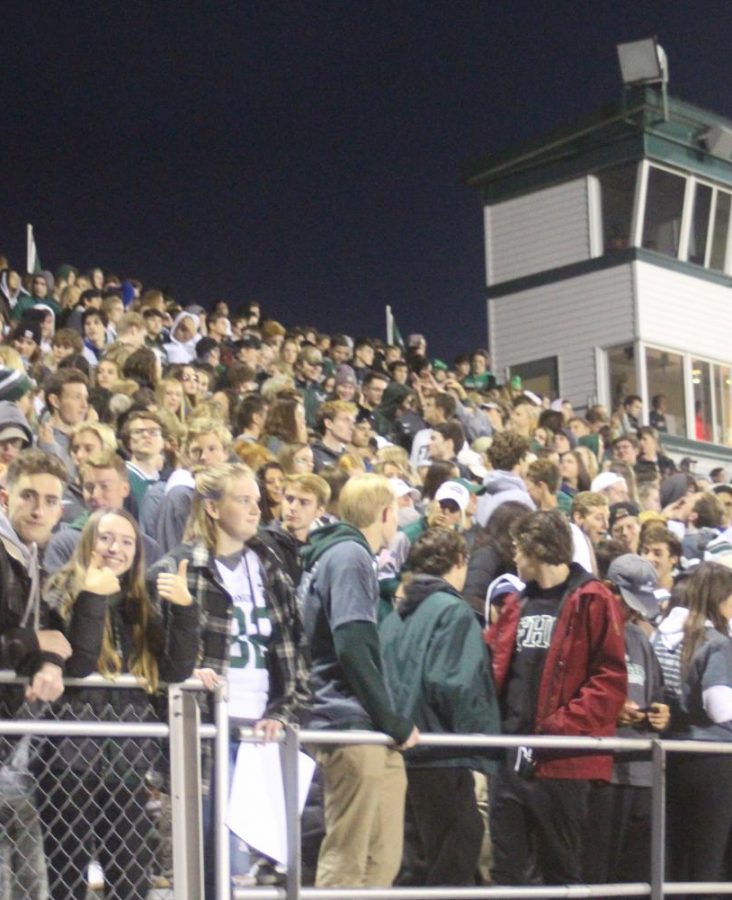 Where is the equality?

From August to November, Friday nights are filled with FHC’s fight song and the roar from the student section when the football team runs onto the field.

While hanging out with your friends and watching your team win makes for an exciting night, sports like football are a part of a hierarchy that exists within not only our school but many other high schools around the US as well.

A significant issue with this hierarchy is the lack of support the student body has for girls’ sports.

Think about it: are the stands for the girls basketball team filled with as many people as when the boys team steps on the court?

However, I find that there is an even larger issue among the sports present at our high school, along with many others. The hierarchy not only involves the inequality in gender but also in the type of sport itself.

I am a part of two teams at this school, and, in both sports, I have seen a large issue with inequality, not because we are a girls team but instead because of the sports that we play.

The fact of the matter is, we are not the school’s top priority during our seasons. During the swim team’s season, the football team is taking the field. During the water polo season, the soccer team is playing.

As for the school’s water polo team, we use old goals that are rusty and our balls are old—from 2014.

We are not the top priority.

For many, they believe that the money involved with sports is the main issue, however, the fact of the matter is that all sports are treated financially equal.

In my opinion, money is not the main issue. I believe that athletes are being unappreciated for all of the hard work they put into their season.

For years, I have heard people say that swimming isn’t a sport, or that if it is, it’s not a hard sport. To that, I say that is beyond incorrect.

We do two 5:30 a.m practices at the aquatic center, two 6 a.m weight room sessions, a swim meet, two-and-a-half-hour practices in the afternoon, and a morning practice every Saturday. And that is just one week for us.

For the future of sports at high schools, I simply ask for one thing: equality.

Why do we not get the same recognition that the football team does? Why can’t we get a bit of credit? Why are we pushed aside?

While the inequality that exists in gender is quite prevalent in high school sports, so is the hierarchy between the sports themselves.

In the future, let’s bring equality of all kinds to sports in schools. Let’s make every sport feel important.