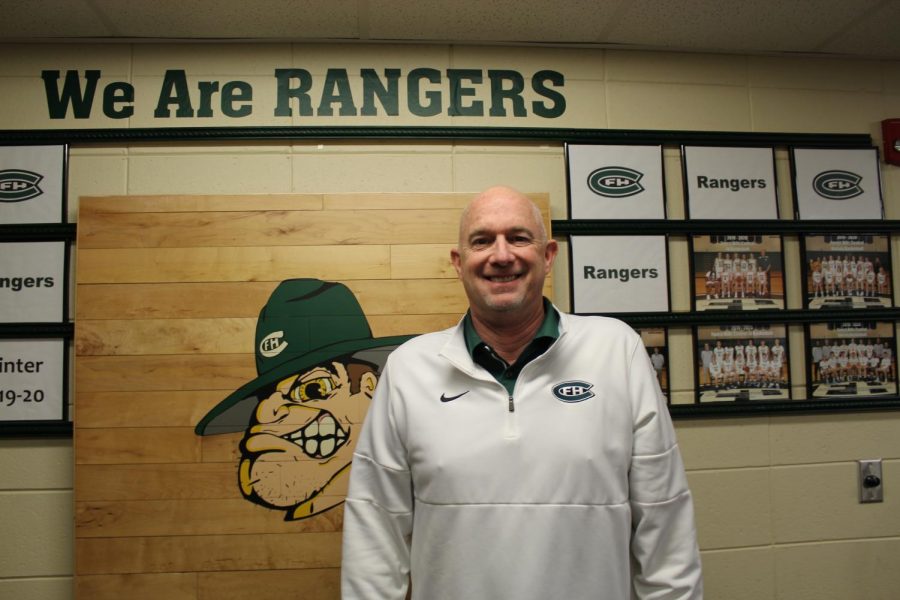 Senior Hannah Becker, a part of the relatively recently formed girls’ wrestling team, experiences the effects of inequality within her sport each and every day, leaving her to ponder if all sports are created equal.

This question has always been around. In terms of treatment by coaches and players, the field, or mat in this case, everyone is technically equal. And when considering the fact that, at one point in time, women were not even permitted to partake in sports at all, one could say that we’ve come a long way. Recognition, especially within our school, Hannah believes, is a different story.

Last year, the girls’ team didn’t get many tournaments of their own, and according to Hannah, this year, although there are more tournaments, most dual meets remain reserved for her male teammates. After finding her niche nestled within the girl’s team last year, Hannah speaks about the injustices that the group faces.

“I don’t think [girl’s wrestling] gets as much [recognition] as we should,” Hannah said. “The girls are in the room putting in as much work as the guys. We’ve really been trying to get more people out to our meets to show a little more support. [But] it’s been a lot better compared to last year because it wasn’t a very known thing [then], so not a lot of people were informed about it.”

It’s not just wrestling, though. This seems to be a common trend among sports where the girls’ and boys’ seasons happen to occur at the same time. More people always seem to show up for the boy’s games than the girl’s. But why is that? Dallas Hopson, a junior on the boys basketball team, comments on possible reasons for this divide.

“I know that [the boy’s basketball team] gets more people at the games,” Dallas said. “It’s kind of messed up because it’s the same sport, even though boys’ [games] might be more exciting. Boys are usually taller and more explosive, which means they can jump higher and dunk so the game is a little bit faster.”

Technically, when looked at from an anatomical standpoint, yes, males have the capacity to be stronger and therefore “more explosive.” Even so, Hannah states that the lack of this within girls’ sports doesn’t diminish the intensity or aggression, but merely changes it.

“With [sports] events, I feel like the guys are more hyped up because their teams are usually more aggressive,” Hannah said. “It’s the intensity of it. With girls sports, I feel like a lot of people think, ‘Oh it’s girls, it’s not going to be as competitive.’ I’d say it’s a different kind of intensity, especially with wrestling.”

Junior Katie Tellier, a player on the girls varsity basketball team, states that, although having less support from the student body is discouraging, it has always been this way.

“There definitely is [a difference between the boys’ and girls’ games,]” Katie said, “because, especially for the student section, a lot of times little to no people [are] there for our games. It’s a thing that’s been going on for a long time, and I think the girls basketball team is used to it now just because it’s a stereotype that people don’t show up to girls as much as guys. It’s how it’s always been.”

“This is the way it’s always been” is a statement that, although true, doesn’t make the situation any better. This way of thinking is one that we should not subscribe to, as it resembles defeat and submission to a culture that chooses to value male players over female players. Athletic Director Clark Udell says that, in addition to noticing a discrepancy at FHC, there is also a broader divide among professionals.

“Yes, [there is a difference between recognition in boys and girls sports], but I don’t think it’s an FHC unique thing,” Udell said. “I think it reflects our culture. The NBA gets significantly more attention and coverage than the WNBA. I think it reflects the U.S. sports culture, where male sports tend to get more exposure, more publicity, or [more] attention. Which, by the way, I disagree with; it bothers me.”

Udell and the administration are working hard to keep sports as equal as possible, and one of the ways in which they do this is through funding. All funding to sports, when boiled down, is roughly the same, Udell says.

“We’re really trying to make sure that our athletes are valued to be athletes first,” Udell said, “[We don’t want people to] feel like the athletic department or the school values one sport over another or a boys team over a girls team. Boys and girls teams get the same attention and hold the same standards.”

Although this may be true coming from the administration, there is no denying the fact that students don’t seem to support less popular or “exciting” sports as they do football, for example. From better quality FX footage to more advertisements and energy, junior Luke Matelic has some suggestions for how to improve the situation.

Quite honestly, the teams that keep the state champ flag racing are not [always] the [ones who get] big attention.”

“When you look at the highlights of basketball and football games, they’re really cool,” Luke said. “You can tell that the person who filmed stayed there. For ski team, it’s just a video of people going down a hill; people don’t want to stay and watch. I feel like a lot fewer people go to every sporting event other than football and basketball. Maybe [if we] advertised sporting events better, [more people would show up].”

Brad Anderson, history teacher and wrestling coach, is doing just that. Hannah says that, in an attempt to bring more exposure to the team, he has been keeping up with the task of posting the details of girls’ meets to social media.

“It’s [about] getting it to the public and [spreading word] around to other schools in the state that also have girls and guys [wrestling],” Hannah said. “ [It’s important to] inform people that [girl’s wrestling] is going on and then people will come out.”

Yes, a student section can serve as a good motivator, but is it a necessity? Udell, who formerly coached both boys and girls soccer, says that, although a full stadium is nice, in reality it’s the game itself that matters most, and the reward for winning remains the same.

“I kind of default to ‘just play the game,’” Udell said. “Ultimately, all that really matters is what you do [in the game]. People don’t come out and watch golf, but it’s just as competitive and successful as any of our programs. We’re going to fly a state champs flag for any sport that wins the state championship. [And], quite honestly, the teams that keep the state champ flag racing are not [always] the [ones who get] big attention.”

Regardless of attention or physical student body support on game days, there is a level of respect between players and those who stand or don’t stand, on the sidelines. This shows that, even if sports aren’t perfect here, FHC is moving in the right direction.

“I think our athletes do a good job at supporting each other as athletes and not just as fans,” Udell said. “It seems to me that, within the athletic program, athletes of one team respect athletes of other teams. I think our male athletes respect our female athletes, which is just as important as how many people are in the seats. We have a pretty good thing going; there’s respect among athletes regardless of sport and gender.”