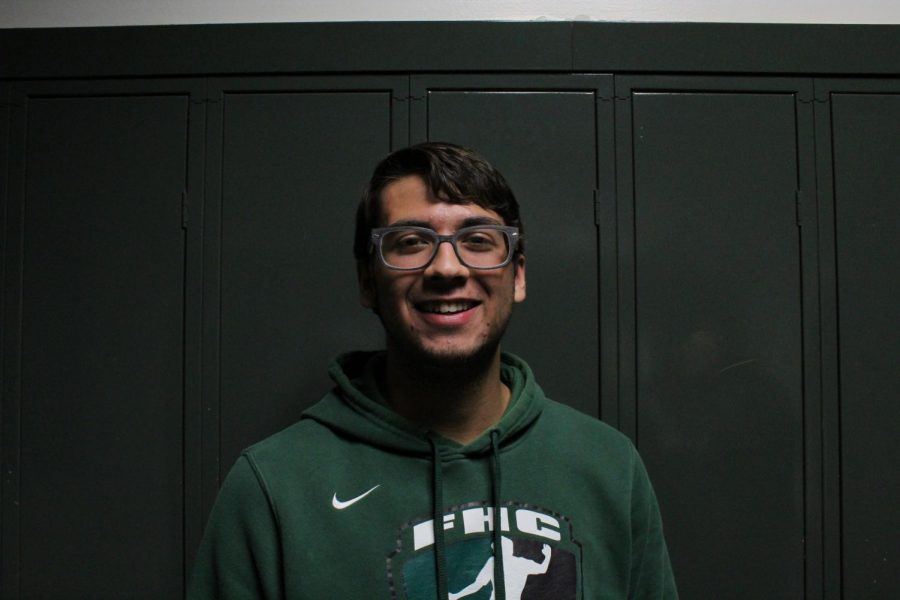 1. Do you believe that there’s a difference between male and female sports at a national level with sports like soccer?

“I think there is a difference—a skill level difference. I couldn’t say [if there is a funding difference]. I don’t think so. Maybe a little bit, but probably not.”

“It really depends on what sport it is. For girls soccer, there’s more support for them than the boys soccer team. [Girls soccer] is more exciting.”

3. What sport do you think receives the most recognition at FHC?

4. Do you believe there is a funding difference between sports here?

“I think that everybody gets the same amount of money budget-wise. However, some sports need more things than others, and that’s why there’s a difference.”

5. How would you change the difference between girls’ and boys’ sports?

“The only way to make it equal is if you force people to go, but that’s unreasonable. Why force people to go? Only go if you want to go. It’s more of a thing not just to support people but also just to hang out with friends. It’s something to do. If you and your friends haven’t hung out for a while, and you just want something to do, just go to a game of bowling or soccer. It doesn’t matter who’s playing, boys or girls—it doesn’t matter.”

6. Overall, do you think that there is a difference between sports at school?

“I think there is a difference popularity-wise, but that’s just culture in general. You can’t really change that.”