The Bubble’s Not a Bad Thing 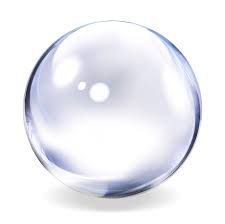 Resting near the curve of the winding road known as Cascade lies a homely supermarket, which is referred to as Forest Hills Foods. Tucked away beside that convenient grocery store resides a neon green sign, which prominently advertises gasoline for $2.95 at Forest Hills Fuel. A couple paces in the opposite direction reveals an antique diner with faded menus and traditional meals known as Forest Hills Inn.

“Cozy”, “warm”, “intimate”. This string of diverse adjectives accurately describes the emotions a stroll through the comfortable Forest Hills District might engender.  Most local businesses such as the aforementioned boldly incorporate the title of  “Forest Hills” within their titles; this is displayed on dangling signs which have been plastered to the windows and stapled to the double doors. This is because they are proud to be included in such a supportive and encouraging community.

There are those who argue that the concept of the ‘forest hills bubble’ evokes negative connotations: it is closely associated with critical phrases such as “cliquish”, “sheltered”, and “culturally unaware”. However, such abrasive comments predominantly display both pessimistic and misanthropic qualities; they stereotype close-knit communities with  the cynical misconceptions associated with exclusive coteries. The Forest Hills District possesses its own culture comprising of local traditions and familiar customs; rather than scrutinizing this obviously beneficial aspect of the district, one should accept that it promotes amiable relationships among its distinct boundaries. The notion of unity among a region should only be criticized if it displays selective qualities ; arousing feelings of alienation and exclusion. One should not neglect to notice that the Forest Hills District as a whole is inviting. As a student who was previously new to the area, I can attest to this dauntless statement.  Initially, I couldn’t help but feel an overwhelming sudden sense of pride to be involved with a group of individuals who were intimate acquaintances, ones who embraced me in an accepting manner. This obviously demonstrates that the negative misconceptions that typically correlate with the ‘forest hills bubble’ such as “cliquish”  are inapplicable.  The strident remark that the ‘forest hills bubble’ is closely associated with “sheltered” and “culturally unaware” individuals  is relatively inaccurate and ignorant. Statistically speaking, Forest Hills Central is ranked 16th in Michigan on an academic level.

To some extent, developing a “bubble” within a given set of boundaries is both inevitable and ubiquitous, so it is perplexing as to why Forest Hills is being criticised for giving into the unavoidable. East Grand Rapids contains its own close knit community within its territory, as do other school districts such as Rockford and Coopersville. The prejudice is quite apparent considering when discussed in regards to them, the term ‘ bubble’ is thought of as both endearing and appealing. However, when considered regarding Forest Hills, it is confronted with an immense amount of scrutiny.  It is evident that the concept of the  ‘forest hills bubble’ is both exaggerated and amplified.

The ‘Forest Hills Bubble’ is evidently a positive characteristic displayed by the district considering it suggests that  the community emits a certain sense of unity and cohesion. Regarding all the pessimists who are rather cynical when discussing this familiar topic: I don’t mean to burst your bubble, but there is an overwhelming amount of evidence in existence that proves this ‘stereotype’ may not be a bad thing.