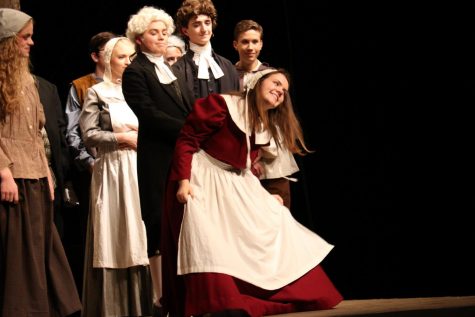 Sports are prioritized over the arts, or, confessions of a former varsity athlete

Here’s an obvious observation about Central; sports are idolized. And not for nothing. We’ve consistently had a state champion in one sport or another every year for what seems like the past one thousand years. Our football stadium is currently being remodeled to fit even more fans because each game is packed. The relatively recent hall of fame display near the athletic entrance is adorned with dozens of smiling faces of the sportsmen of Ranger past. Sports are praised and loved everywhere.

And when it comes down to it, people’s involvement in said sports here feels so normalized it’s practically compulsory to a fault.

What I mean by this is, while growing up, everyone played at least one sport, if not more. The mandatory first day of school/introductory question “tell me one thing about yourself” was synonymous with “what sport did you play?” I think everyone who grew up here, myself included, to at least having a few internal judgments of someone who didn’t play or try any sports in their youth.

And, once you had chosen your sport, it felt like everyone expected you to practice for the next level like a club or high school team.

For me, that was cheerleading. I started in fifth grade and found that of the many sports I tried it was my favorite. So, I stuck with it, and after much dedication, hard work, and effort, I earned a spot on the Varsity team during my freshman year, one of only three ninth-graders to achieve this.

And it was great—until it wasn’t.

I found as I got older my love for the sport wasn’t what it had been for a number of reasons. But, the thought of dropping it when I had achieved so much and had been involved for so many years felt out of the question.

A year after I started cheerleading, I signed up for my first choir class. And, like cheer, I loved it. My love—and skill—grew and grew each year and my passion bubbled until it practically spilled out from me.

Still, with age, my satisfaction with sports dwindled while my love for the arts only seemed to increase. I’d always been an avid reader and consumer of all types of stories, so I decided to see if I liked the creative aspect of writing, too. I took the introductory class of Writing for Publication. Now I’m one of the public relations managers in the advanced class.

I’d grown up a fan of theatre as well, having made yearly visits to the Fine Arts Center as a child to watch Central’s musicals, so I decided to try it for myself. I auditioned for last year’s musical, and now I’m in the middle of rehearsing for my fourth show here.

At the same time, as I was coming to terms with the divulges of my interests, I found the courage to quit cheer. Among a myriad of reasons for this, the main one was that I didn’t love it the way I loved so many of the other activities I was a part of.

Now, I will have finished my senior year as having been a part of three different theatre productions this year, a named position at the school newspaper, and a member of the audition-only jazz choir. For the first of my four years, I haven’t played a sport, but I feel the most content and proud of my involvement in school.

I’m not saying this is due to sports being bad for me; they definitely weren’t. I’ve made lasting friendships through cheerleading and have learned important life skills about adaptability, sportsmanship, and perseverance through it.

What I am insinuating, though, is that allowing kids to feel free to pick and choose how they want to spend their limited free time, without obligations to do one thing or another, is beneficial. The arts are important. They’re a wonderful way to express creativity and to feel like you’re doing something that means something; it’s like you’re conveying a message that’s greater than yourself.

Sports are great, but they can’t create change like the arts can—take it from me.