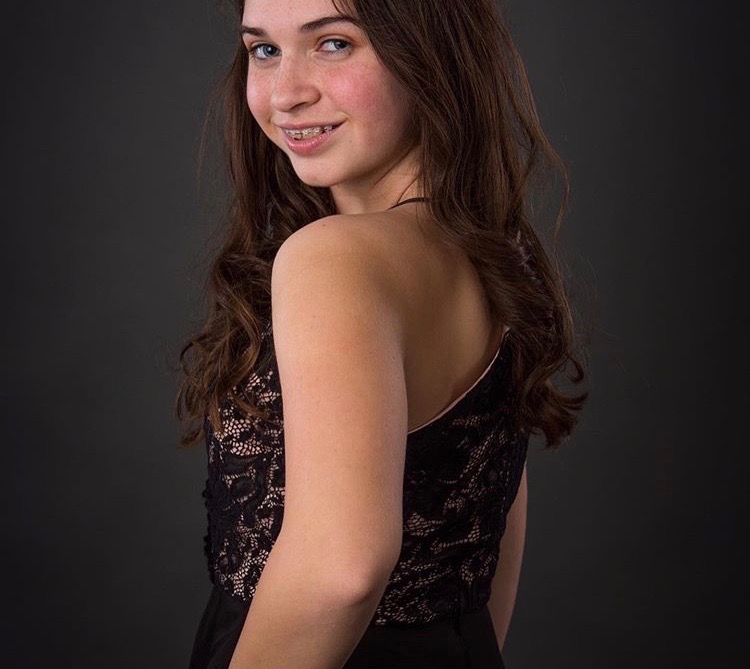 Nearing the end of her pregnancy, sophomore Brynn Schanski’s mom—who worked at Ada Elementary—asked a coworker, another mom, to be her long-term sub for her class. While she usually would be happy to help, there was one slight roadblock hindering that plan: her coworker was pregnant, too.

She was pregnant with Brynn’s best-friend-since-birth, sophomore Rylie Beatty.

“We didn’t even go to the same elementary school,” Brynn said, “but I knew I could always go to her or hang out with her whenever I needed. We’ve been friends since forever; she was my first play date.”

Having grown up with Rylie, through the terrible two’s and the treacherous teenage years, Brynn has witnessed unimaginable change the past sixteen years—both change in herself, and change in Rylie.

And that change shows in their contrasting personalities.

Brynn describes herself as more reserved and introverted, whereas Rylie is always open to talking to new people—she can often coax Brynn out of her shy shell, and Brynn credits her number of other close friends to Rylie.

For Brynn and Rylie, opposites do attract, and Rylie’s extroverted personality is a magnet for Brynn’s more reserved personality.

Contrastingly, Brynn feels like she “helps [Rylie] chill out sometimes when she’s going a little off the walls.”

If she weren’t best friends with Rylie, Brynn admits that her life would just be boring—having been by her side since birth, Brynn has grown accustomed to Rylie’s personality, her mannerisms, and just having her in her life. Fitting like a favorite worn sweatshirt, Rylie is Brynn’s everything—her familiar, ever-lasting constant in a world of change.

“I honestly have no clue what [my life would be like without Rylie],” Brynn said. “I feel like it would be kind of boring because she’s just really fun and brings a lot of joy to my life and my family. I just couldn’t imagine my life without her.”

And although Brynn is her most extroverted self when she’s with Rylie, her inherently introverted and introspective personality does not always allow her to express her feelings.

Brynn, rather than saying how she feels outright, chooses to share her feelings of appreciation for Rylie more subtly—and she thinks Rylie understands the message.

When thinking back to their roots, Brynn finds it hard to imagine that they would be as close as they are now if it weren’t for their parents—their mothers, specifically, working at Ada Elementary and being pregnant at the same time.

Call it fate, call it destiny, or call it a Disney Channel Original Movie, Brynn and Rylie—since the very beginning—have found something worthy of every lasting friendship within each other.

No matter where the future takes them, Brynn just knows—just feels—that their bond is too magnetic to be torn apart.

“It makes me feel safe [always having Rylie around],” Brynn said. “I’m someone who doesn’t really like change that much, so I like to know that I always have a rock to lean on and stay steady. Riley is one of my very best friends. I know I can trust her with anything and I know I can go to her for anything. She’s just always there for me. I think she’s my [friend soulmate].”