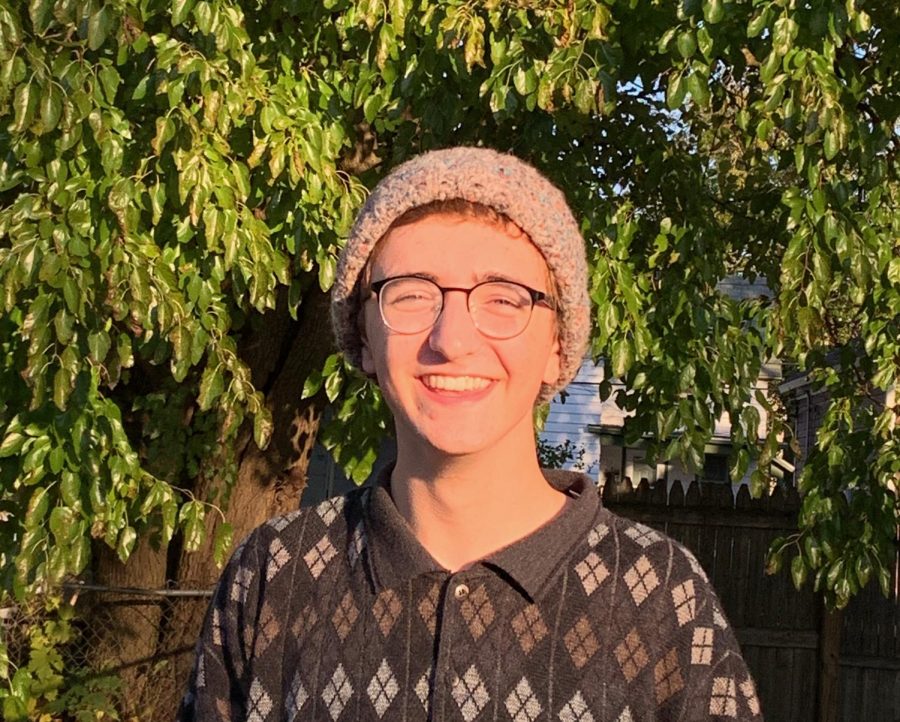 1. Do you have a ritual for before rehearsals or shows?

“I wouldn’t say that I have a complete ritual, but one thing that I have noticed and other people have noticed as well is during one song, my main song, I will stand in a corner and close my eyes and sing to myself and do like a little dance. [It looks like] I’m going through it because it’s a very emotional song. I have to like show the pain on my face when I’m practicing. So I wouldn’t say that I have a ritual, but to get into character I do have to be really sad.”

2. If you were famous, what would you be famous for?

“I would like to think that I would be famous for philanthropy and being a good person. But at the same time, I feel like I’m the type of person who would do a really, really dumb thing and get famous for it. Also, it’d be really cool to be famous for dressing very well because that’s something that I like to do.”

3. How long have you been singing?

“I have been singing since this winter break. This performance will be my first time singing in front of people or in front of an audience bigger than the cast.”

4. What made you try out for the musical?

“I tried out for the musical because I had a lot of fun when I was in the play. A lot of my friends are in theater, so I thought, why not?”

“It’s definitely been a learning experience because I’ve had to learn how to put myself in very, very different shoes. For The Crucible, my character was somewhat similar to me, but for the musical, it’s an enormously different experience, and it’s very difficult to have to be such a vile person to others. It takes a bit of emotional strength to, you know, be a bad person but not let it get to me. There was this one actor, I think it was Heath Ledger, that played Joker, who went psycho for the part—like actually lost it. I’m nowhere near that, but trying to put yourself in the shoes of someone who thinks the way my character thinks is very interesting. I’ve learned a lot from it. I’ve learned how to sing, which is pretty crazy because I never thought I’d be a person who can sing before.”

6. How much of your personality can you blame on your star sign?

“I can blame almost 100% of my personality on my star sign. I am a Cancer, [and] it’s a water sign. I believe it’s the cardinal water sign, which means that it’s the most water sign you can get. A water sign is basically someone who is very in touch with their emotions, which is kind of a nice way of saying I cry a lot and get hurt by words very easily. I would say I’m very much like a Cancer because I’m very moody. I’m very wishy-washy. But I also think I’m a great listener. That’s something that cancers are known for as well.”

“Obviously my family is a very big part of my theater experience. The directing staff, Mrs. DeMeester, Kyle Black, Ashley Kooistra—they’ve been really great, and also Mr. Ivory and Mrs. Pool. They’ve been really great in guiding me to the point where I’m at, and they’ve helped me grow as an actor. But more than anything, I think I want to thank Susan Toppen and Ella Guikema who not only taught me how to sing, but taught me how to find my voice within and rely on my confidence and telling me that I can do anything if I put my mind to it. Throughout all of theater, they’ve been such a driving force behind me, and there is in no way, shape, or form that I would be as happy or as comfortable with my own skin today if it wasn’t for them.”