The Lady Rangers came out on top in this matchup against the Red Hawks, with the final score being 44-42. The game started with the Rangers struggling to score and stop the ball. Later on in the first half, Cedar Springs showed a zone defense that tripped up the Rangers. To pair with that, the Red Hawks continued to knock down shots, stunning the Rangers on both ends of the floor. However, FHC eventually found its groove and put together 18 points to match that of the opponent at the end of the half. The next 16 minutes in this game were crucial, and the Rangers took advantage of it from the start. They managed to score 26 points to the Red Hawks 24, along with maintaining a very solid defense throughout.

“This was a huge win for us because we knew going into the game that they were one of the toughest teams in the conference,” junior Zoe Lipke said. “Just being able to secure a win like this was a great confidence booster, especially in that manner. It was close the whole time, but eventually, our defense took over and closed out the game.”

Rivalry games are always exciting, and the bowlers in this one felt it from start to finish. The final score fell in the favor of the Huskies, with a result of 16-14. The Rangers started out down 10-0 but managed to fight all the way back. Senior Alex Souza was one of the players in front, as he put up a score of 161. Despite the solid scores, FHC fell to its opponent to the north by just a pin. This was a tough loss, especially since it was just before the Rangers’ conference meet, but they proved that they can compete and are plenty capable of finding their rhythm.

In the first regional game, the varsity hockey squad faced off against powerhouse to the east: Jackson Lumen Christi. Going into the game, the Titans were 23-3 with some resume-building wins over tough opponents. Despite the circumstances, the Rangers came out firing on all cylinders. The start of the game was a series of incredible saves from junior Gavin Brady and the opposing goalie. The first goal of the game was scored by sophomore Tyler Weaver, and it was only up from there. The game was back and forth for the remainder of the game, and it ended up being all tied up until freshman Sammy Meilock snuck the puck into the back of the net. Shortly after, the Titans had many chances at the net, all of which were saved by Gavin, securing the victory and a Regional Final appearance. 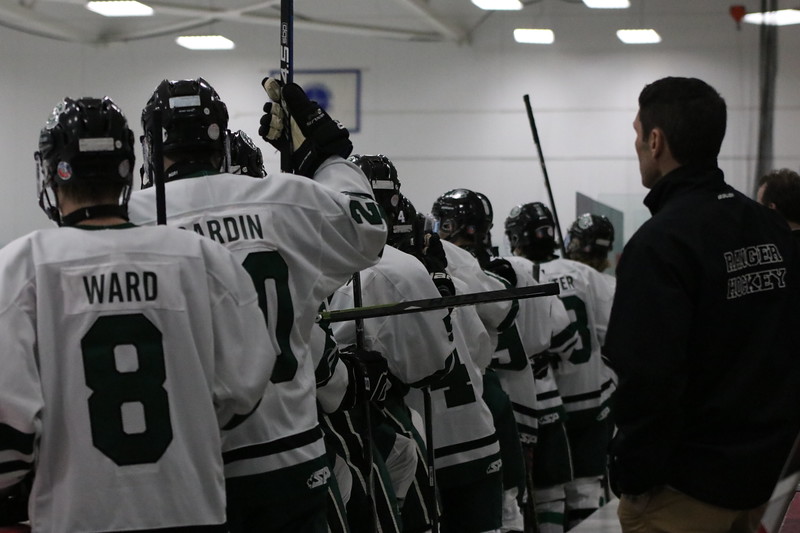 According to the MHSAA Wrestling rule book, there are certain criteria that must be followed in order to find the result after a tied score. That is exactly what happened in the matchup between FHC and FHN. The end resulted in a Rangers win in the sixth criteria tiebreaker. Every match was back and forth for the two rivals; the Rangers would win one, then their opponent would follow it up and get a win for themselves. At the end of the day, the score was 36-36, where it went into the hands of the refs and rule book. According to the sixth criteria tie-breaker, the team with the least forfeits would win the match. The Huskies had one forfeit compared to the Rangers zero, giving them the win.

“This match was one of the craziest things I’ve ever experienced as a wrestler,” junior Caden Jacobs said. “We always have super exciting competitions between Northern, and the fact that it ended in a sixth criteria tiebreaker is crazy, and it shows just how intense the match was.” 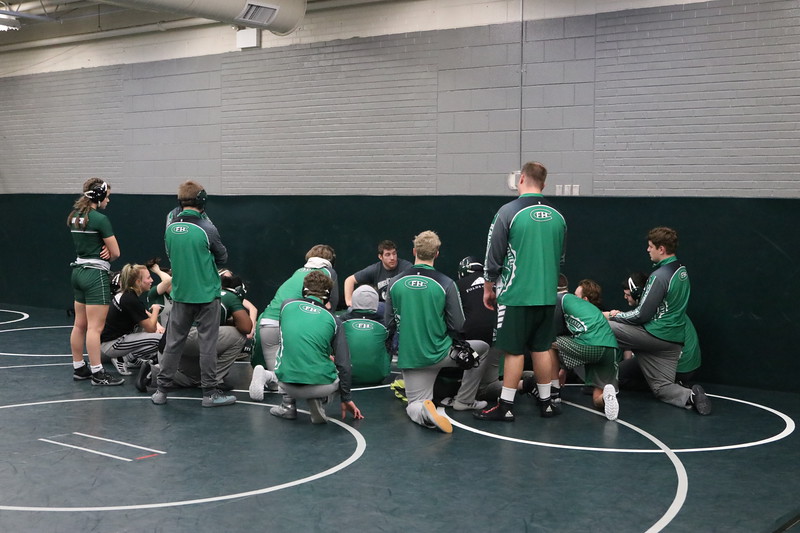 Led by senior Jimmy Scholler, who had 29 points, the boys varsity basketball team obtained a solid win against rival Forest Hills Northern 65-59. The Rangers started out this game getting a 6-0 lead, but the Huskies found their stride as they ended the quarter on a 15-2 run. The second quarter was more of the same, as FHN managed to keep the lead entering the half. The Rangers then outscored their opponent in the third and fourth and kept the lead late in the fourth quarter with some clutch free throws. This game was a battle from start to finish on both sides of the court and showed who the top two teams in the league were.

“This was for sure one of the most entertaining games of the season,” senior Tommy Spaletto said. “Both teams did a really good job of making timely shots. They would hit big shots in the beginning of the game, then we would come right back down and nail a few as well. Not only was the game exciting, but getting this win gave us a lot of momentum as we neared towards the second round of conference play. 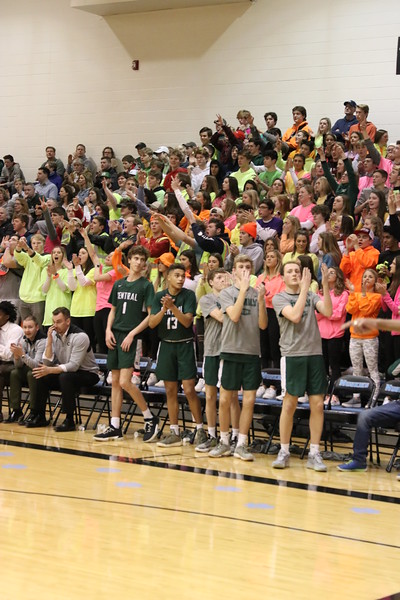