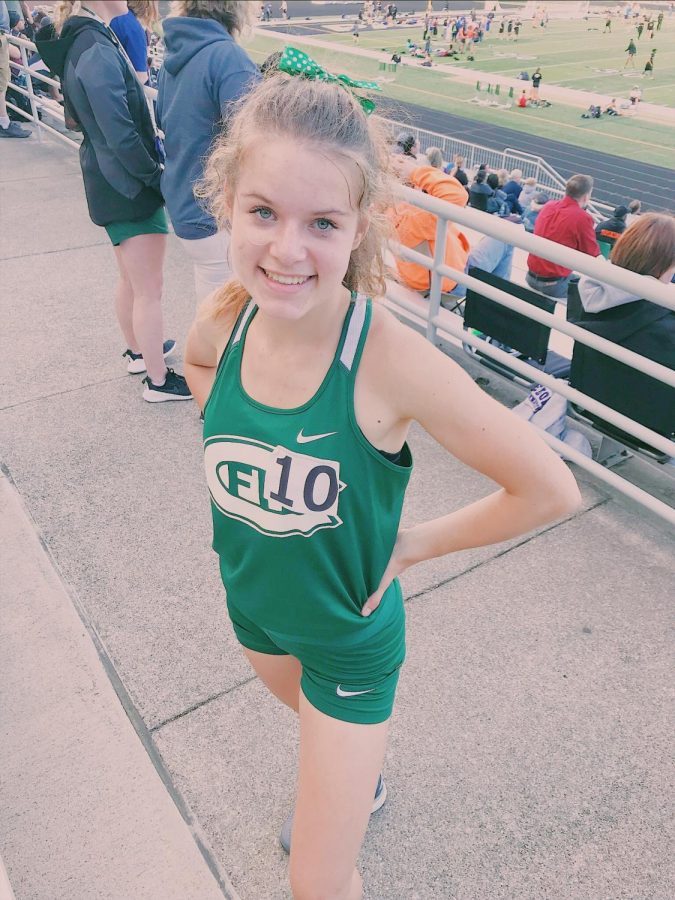 What does missing out on your Senior track season mean to you?

“Not being able to compete for a final season with my teammates who I have been with since freshman year came very unexpectedly. Going into the season, I had many goals for the team and as an individual. I am disappointed we will not be able to see those goals become a reality. Having a final senior season would have been closure to the 11 other seasons I have raced for Forest Hills Central.”

“MHSAA canceling spring sports did not come as a surprise to me. Although I was hoping that there would be some way we could compete, I knew deep down that the chances of that happening were slim. When track was officially canceled, along with school, it was heartbreaking because I did not cherish the last practice or the last day of school as I should have.”

What has track meant to you throughout your life and high school career?

“Running has been one of the main constants in my life throughout high school. I have spent six days a week, every week, training to become the best athlete I can be. Through this, I have made the closest friends who I have not only broken school records and gone to states with, but also relied on to get myself through the day. On multiple occasions, when I did not have the motivation to train to my full potential, these girls (and guys) pushed me to be my best.”

“I am going to miss the connection I have to everyone on the team. The distance track group is a very tight-knit group and not being able to see them every day will be hard. Also, the determination and drive of this group to be the best they can be helped push me to try to be my best, and I am going to miss the constant encouragement and support from my teammates and coaches.”

“Make the most of it. Treat every game or practice like it is your last because it could be. Remind yourself why you play your sport: because you love it. You love playing in front of a crowd, the strong relationships with your teammates, the feeling after you hit a personal best, and the lessons you have learned along the way.”

“My proudest accomplishment athletically as a Ranger was last year when I was put on the 4×400 meter relay. Previously I had never run an event shorter than an 800 (half a mile), so it was a big change for me. Running this relay, often in the dark, with my teammates sprinting back and forth across the field gave me an adrenaline rush that I had never felt before. At the conference meet, the relay team broke the school record that had stood for decades. Being embraced by my teammates, I saw the love and support that we all had for one another.”

“Thank you FHC. Without this program, I would not be the person I am today. My teammates and coaches have shown me what it means to be a good role model towards others and push myself to the limit. Although cross country and track do not draw a big crowd, without the support from this community, I know I would not have these attributes.”