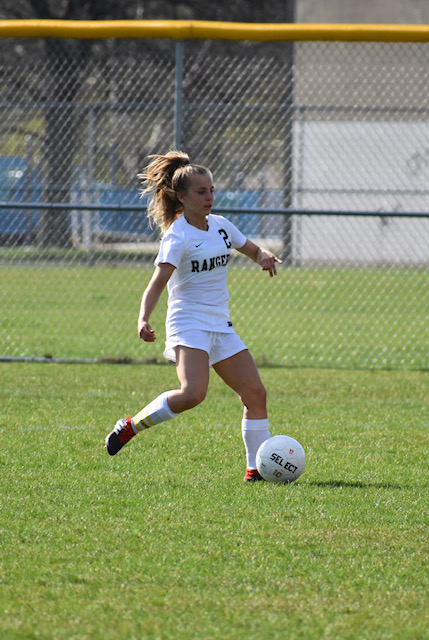 What does missing soccer mean to you?

“Soccer has always played a large role in my life since I was 3 years old. It feels like a large part of my life is missing. I miss the interactions with my teammates and coaches every day after school, the thrill of hearing the whistle blow at the start of the game, and hearing the cheers from the stands after we score a goal. It’s something I’ve never experienced before and it took me a while to settle into the new “normal”.”

What was your reaction when MHSAA canceled the soccer season?

“As soon as I saw that school was canceled for the rest of the year, I expected soccer to be canceled after eventually. However, it took me a while to actually process that I wouldn’t have a senior season and really just one last game with my team. It’s very weird to think all of the seniors from last year’s team “lasts” were my “lasts” as well. My reaction was just utter disappointment of not being able to finish my last season as a senior. But at the same time, I totally respected the decision because it was in the best interest of our community.”

What are you going to miss most about FHC?

“I’m going to miss being able to represent such a great school and community. Our support through the student body as well as the families of the players was something special. It really stood out to me when we played in the state playoffs last year. Also, the relationships I built with my coaches and teammates over the past two seasons, I will cherish forever.”

What has soccer meant to you throughout your career?

“Soccer is more than just a sport for me, but an outlet to meet new people. As I said before, the relationships I built along the way in my high school career was definitely my favorite part. I had some pretty great coaches and teammates supporting me the whole time and I’m very thankful for that.”