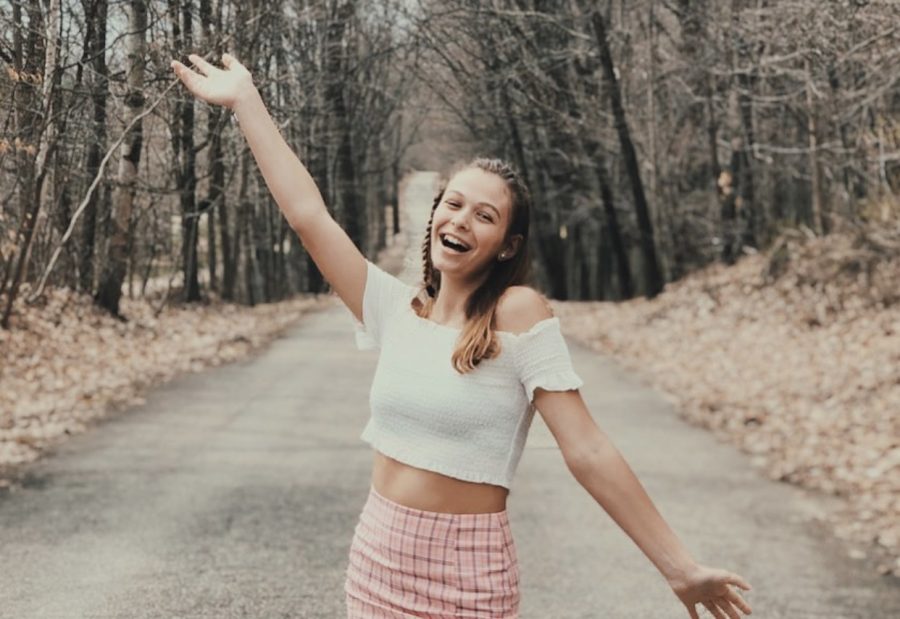 1. As a representative for your class, how are you voicing their opinions and what are those opinions exactly?

“Usually, if it’s a topic that my class can recommend ideas [or] opinions on, I text them either directly or post on google classroom and accept responses. After that, I collect all of the things said and bring it to the table on a student council zoom. For example, a question I asked was ‘what theme do you want homecoming to be?'”

2. How often is the student council meeting and what happens at these meetings?

“So, since it is my first year, I don’t really know exactly, but so far it depends on upcoming events or topics. Right now, it’s one meeting every one or two weeks because of homecoming. At the meetings, we talk about events and plan them out.”

3. What are the concerns with trying to have a regular year full of traditions?

“The concerns are not being able to include everyone (there has to be a limited number of people now) and not having the normal high school experiences we should be having.”

4. What’s the current plan and how is that subject to change? How frequently have past plans changed?

“The current plan is powderpuff (but limited), tug of war (but also limited), instead of a pep rally it’s going to be a virtual one, and instead of lip sync, it’s a Tik Tok that will be shown on FX. Things may change, but so far that’s what is for sure happening.”

5. How have your roles changed over the break and how is the student council more/less important this year?

“It’s [only] my first year but I [would] say that even though we were always role models to look up to, now it has a deeper meaning because of this pandemic.”

6. Are there any new traditions coming along to supplement what we are missing out on?

“Not that I know of or can think of from the top of my head.”

7. How would you suggest members of Ranger Country stay spirited during these tough times?

“Just be a ranger! Watch the live-streamed sporting events, stay active in society, if you see an athlete in your class say good luck if it’s game day, read sports stories or stories in general on The Central Trend, and be interactive in activities going on throughout the school.”