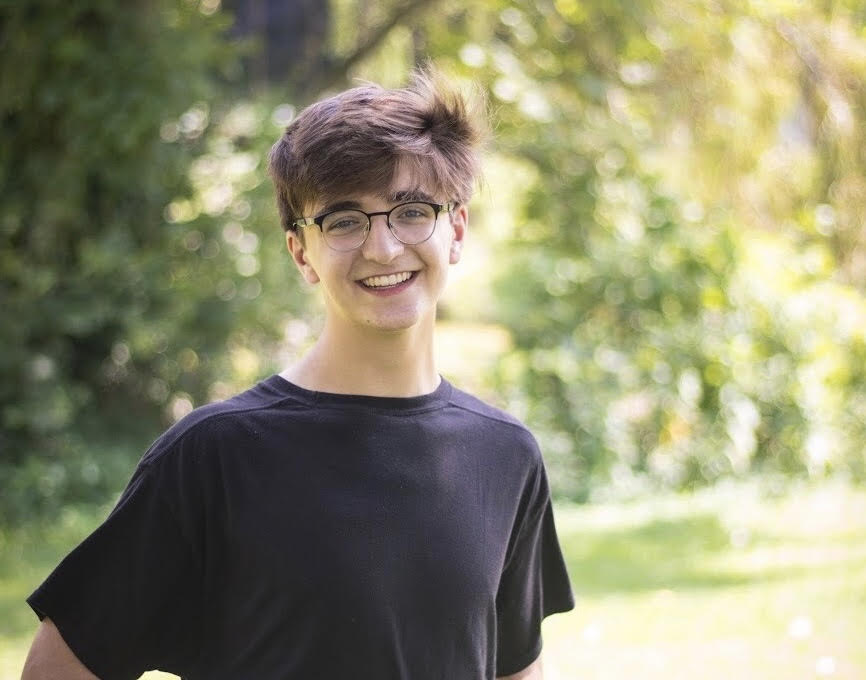 1. What was your reaction when you heard your name called?

“I was obviously excited, I mean everyone’s excited, but there were just so many people I felt were so eligible for court that I didn’t really expect to get on. I had a couple of people throughout the week say, ‘Oh, Linus, I voted for you,’ and, as much as that meant to me, I didn’t really take anything from it because I didn’t think I would get on. I feel like Homecoming Court is such a faraway thing until you’re actually voting for it, so I don’t really know if I was prepared for that.”

2. Why do you think you were nominated?

“I think I was nominated because I’d like to think I’m a friendly face. I’d like to think that I’m someone that, you know, people can talk to if they’re in a class with no friends. I’m just someone who I feel like is easy to turn to.”

3. Who wasn’t nominated for court that you would choose?

“I don’t really know if I like this question because I think everyone on court is amazing, but if I could expand the court and add a bunch of people I absolutely would. I think someone who is such a queen is Sydney Kushak. I’ve gotten to know her a lot better through AP Lit this year, and she is seriously just such a bright light in that classroom and really makes lunch and English so much fun—I absolutely adore her. Also, Anika Garter, [who is] one of my best friends. [She is] the kindest, Queen-liest, and most hardworking person in these hallways; she really deserves to have a crown on her head. Also Mason Yarnell; I love him to death. I love Mason, and I would trade my spot and give it to [him] if I was allowed to. Koyuki Buckhold [is] the greatest. I don’t want to forget anyone, but there are so many people who I would nominate to the court if I had a chance to. Molly Vonk: I’ve gotten to know her better this year through Central Singers. She’s so sweet, and she’s absolutely hilarious. I’m probably forgetting so many people, but I basically would vote for anyone who voted for me because that’s the nicest thing anyone could do in my book. Just some other people who have just shown me so much kindness and are really royalty in my book are Ben Lowen, Valerie Greenwood, Grace Pennington, and Audrey Sidebotham. Oh my gosh, Audrey Sidebotham. [She is the] funniest person I’ve ever met, [and] literally every time I’m with her, I’m dead on the ground laughing. She’s so amazing, and she’s already a queen in my book—I said that so many times, but I just have so much respect and love for Audrey. I’d say that about does it; sorry to anyone I missed.”

4. Are you disheartened by the circumstances in which not all of the traditions are the same?

“I think everyone’s disheartened, but I’m not letting it overweigh the happiness of the situation. Something that I’ve been trying to do recently is to find happiness in any situation I’m in. And, even though this is kind of the senior year from H-E-double hockey sticks that no one really wanted, it’s perfect in its own way, and it’s my job to make the most of it. Yeah, it’s definitely sad the traditions aren’t the same, but at the same time, I feel like Homecoming [has] never been about the game, the play, the court, or the activities. It’s more about the sensation of it being Homecoming Week, and I feel like that’s the same, even though it’s not perfect.”

5. What is the one tradition that you will miss the most?

“That’s a tough one; I love so much about homecoming. But, I [would] probably say the parade because, you know, that’s the one that I’ve always felt the most included in as a community member. I remember being in first grade and having my mom pull me out of school early so that we could go to a good spot right at the start so [I could] catch the little bead necklaces and catch the candy. I’ve always just associated Homecoming with the start of fall, that good leaf crunching, [and that] Friday-night-light feeling. I just love the parade, and I will probably miss that the most.”

6. Which spirit day is your favorite?

“I don’t know if this counts as a spirit day, but, obviously, the Friday of the week is absolutely the best because there’s so much hubbub and pizzazz in everyone’s step on that Friday morning—everyone’s just so excited. For dress-up [days], I’d definitely say disco day. I can rock a pair of bell-bottoms, and that’s all I’ve got to say.”

7. What has been the craziest outfit you have ever worn for a spirit day in all four years?

“I’ve never been one to go ham on the spirit days—I wish I did—[and] I definitely think now being a senior and looking back that’s definitely something I could have done a lot better on. Disco day will probably be my fit to end all fits: It’s really, really, tossing it back to the ’80s and tossing it back to the traditional bell bottoms. You know, just mainly the bell bottoms.”