From the very first game of their season to the very last, senior Carson Dienes and junior Tyler Weaver dominated on both the offensive and defensive sides of the Ranger varsity football team. In the team’s first kick-off versus the Grand Rapids Christian Eagles, these two proved to be the leading force in their comeback win, with Carson responsible for the first touchdown of the game, and Tyler coming in with a clutch interception only a few plays later. In the Rangers’ final game against the Mona Shores Sailors, both Tyler and Carson were responsible for several big plays throughout the night. Towards the beginning of the game, Tyler had a stellar recovery off of a ball ripped loose from the Sailor’s offense. His athleticism was a huge helping hand on both the offensive and defensive side of the game as he secured several big tackles and a few nice runs. Carson’s performance proved to be another impressive one, as had all of his performances throughout the season. He always seemed to have a role in every tackle made, and pushed the ball forward when needed on offense.

“I think Tyler and I work so well together because we both care so much about football,” Carson said. “We both play with the same intensity, and physical nature out on the field. He makes for a really great teammate because he is always making plays, and he’s just a good guy to be around.” 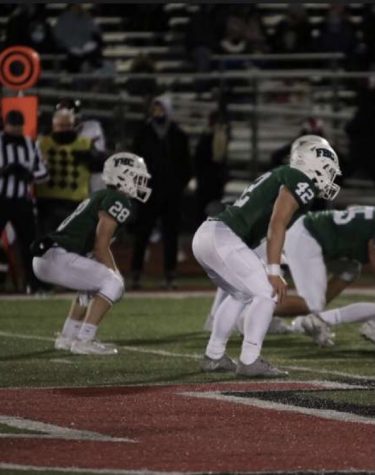 Both junior Samuel Yeager, and sophomore Ethan Krampe were valuable assets in the varsity boys cross country team this entire season. Starting with their very first meet of the year, a jamboree, Sam and Ethan placed highest for their team at sixth and thirteenth place. Once again, when the Rangers competed in the Ottawa Hills Invite, this duo were the only ones to place in the top 30. Sam came in first place with a phenomenal time of 16:27, and Ethan finished less than a minute behind him in 23rd place. This routine followed a pattern throughout the rest of the season with Sam and Ethan continuously placing in the top tier for all of their races. As the Rangers headed into two of their biggest meets of the season一the OK White Conference meet and their Pre-Regional Race一these two did not disappoint. Sam was able to place sixth in their conference meet and eighth in their pre-regional meet, whereas Ethan placed in the top 25 in each of them.

“I feel like running with Ethan is really beneficial for the both of us,” Sam said. “We both push each other to get better every day.” 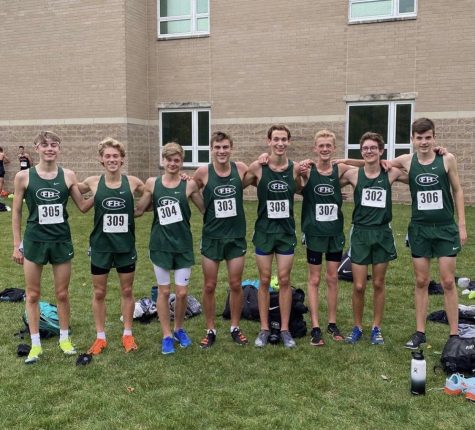 This duo of juniors has been dominating on the varsity volleyball team together since their freshman year. However, this year they played an immense role on the team on both offense and defense for the Rangers. In the Rangers’ first round of districts against the East Grand Rapids Pioneers, Brooklyn and Sophie combined for 72% of the team’s kills, and a combined three aces. Once again, earlier in the season when the team took on the Lowell Red Arrows, the two combined for 19 kills and 11 digs. By the time the season had come to an end, Brooklyn had finished with 163 kills offensively, the second-highest number on the team. On the other side of the game, Sophie had finished with 174 digs, which was the second-highest stat on the defensive side of the game.

“Having Brooklyn as a teammate is probably the most fun thing ever,” Sophie said. “She is so competitive, and her mindset on the court is amazing, and she gets everyone fired up. We feed off of each other so well because we have been playing by each other’s side for five years now. When we put our mindsets together we can get anything done.” 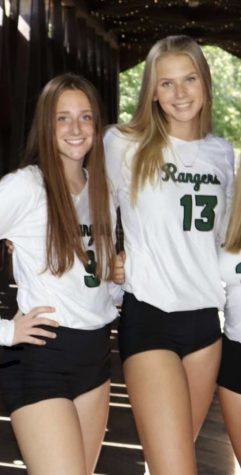 The duo of senior Chris Battiste and junior Cullen Herbert were nearly unstoppable throughout the entirety of the varsity tennis team’s season. These two competed as the one doubles for the varsity team in every match, and came out victorious in a number of their matches, especially when it mattered most. In the team’s first quad against Ann Arbor Greenhills, the two dominated in their match, winning in just two sets: 6-2 and 6-3. Later on in the season, the duo played a significant role in the team’s win against the University of Detroit Jesuit. They won both of their matches 6-1 and helped immensely to secure the team’s first-place victory. Twice throughout the season, the team took on the Forest Hills Northern Huskies, the defending division two state champions. Both times Chris and Cullen were able to put up quite a fight, and despite the team’s overall loss, this duo proved their worth on the court sending their matches into three sets both times.

“Cully and I have always been playing tennis together,” Chris said. “Finally getting the shot to compete together at such a high level meant a lot to us, and knowing that our coaches had the same faith in us as we did. We knew that we would be able to make a solid run at states this year as a team, and that is exactly what we did.” 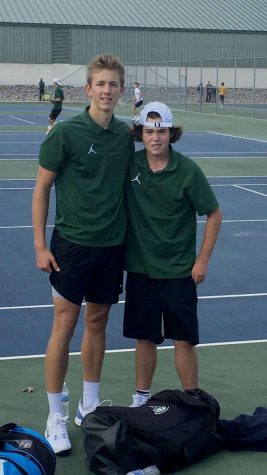 With the role as seniors and as captains, both Matthew Mahoney and Mason Corcoran were prime examples of what the Ranger soccer program stood for. With Matthew starting at center back and Mason starting at left-back, the duo’s lockdown defense played a significant role in every game and posed a threat to opposing teams’ attacks. Without the confidence of these returning players, a season full of adversity could’ve spiraled out of control. In the Rangers’ games against the Greenville Yellowjackets and the Portage Northern Huskies, the team conceded zero goals to their opponents. This was in large part to the controlled backline that Matthew and Mason held and their ability to control the field. When the Rangers took on the Grand Rapids Christian Eagles in their first game of the season, despite their 2-1 loss, the Rangers gave a solid performance. With the Eagles carrying one of the top-ranked players in the state at the attacking center-mid and striker position, Mason and Matthew had their hands full with him on their side; however, the two maintained their composure in the backline and kept him shut out. Similarly, against South Christian later in the season against another All-State Dream Team forward, Mason and Matthew held the Sailors’ star to minimal chances on net and zero goals or assists.

“Mason and I have become really good friends through high school soccer, and outside of it as well, and it absolutely translates on the field,” Matthew said. “We always know what each other’s next move is going to be, and I’m always there to cover him, and he does the same. We are there to tease, encourage, and celebrate each other’s successes. We’ve put in so much work and spent a lot of time together, and he will always be like a brother to me.” 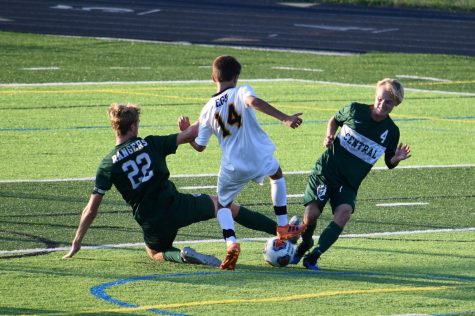 What's your pick for dynamic duo?