After a victory against Forest Hills Northern in the Pre-District round of the playoffs, the Rangers looked to defeat the defending state champion Mona Shores Sailors in a clash for the ages. After a back and forth first half, the Rangers opened up the second half with a kickoff return for a touchdown with junior Jacob Bonnett bringing it back. Then, as the game went on, the Sailors slowly gained momentum and turned a 10-point deficit into a 10-point lead with 1:46 left in the game. With a major setback, the Rangers were still fighting as hard as they could to win the game. After a quick touchdown drive capped off by senior Maguire Mahasek scoring a rushing touchdown, the Rangers looked to be back in business after a surprise onside kick recovery. With nine seconds left in the game, the Rangers were just inside the Sailor 30-yard line with a make or break play. Maguire threw a deep ball to senior Jonah Spates, who caught the ball on the 1-yard line. With getting a first down, the Rangers quickly looked to go down the field before the clock started again to spike the ball. That was not the case as the clock continued to wind down from four seconds left to zero. The referees got into a meeting on the field, and they called the game, and seasor, over for the Rangers.

“It was a really tough game,” Maguire said. “We executed to the best of our ability, but in the end, we were all really proud of how we played.” 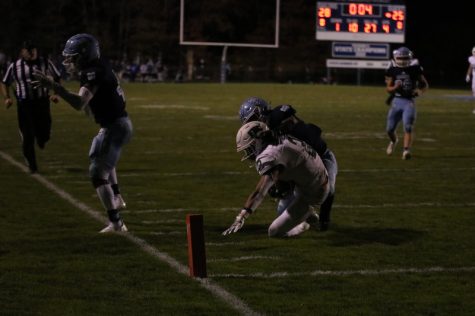 Going into the first round of the playoffs, the boys varsity soccer team had to forget about the past and focus on the moment ahead. After an adversity-filled year, the boys finally made it to the playoffs against a very good opponent in the Holt Rams. Going into this game, the Rangers knew that they had to come up with their best performance of the year, and they did just that. Led by senior captains Matthew Mahoney and Mason Corcoran, the Rangers were able to hold Holt to one goal all game as they went into a clash of titans in overtime. With Holt scoring early in overtime, the Rangers could make up some ground with very little time left. With five minutes remaining in overtime, Matthew put a header into the net, and the game was a 2-2- tie going into penalty kicks. With the Rangers and Holt tied after what seemed like every PK, freshman Roman Brummel barely pulled his shot over, which would’ve tied PKs at 4, sending the Rangers home in heartbreak.

“Overall, our team could not have played better,” Mason said. “Even though the loss was heartbreaking because we lost in PKs, we showed our true form and potential on the field.” 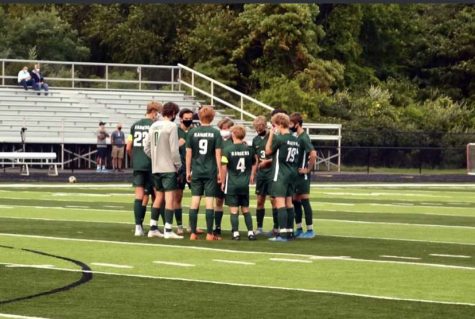 At the varsity tennis conference meet this year, it was very apparent that the Rangers needed to place very well to compete for states this year. They did just that as they beat Byron Center handily in the first round, moving on to the finals to face FHN. The Huskies and the Rangers already played earlier in the season with FHN taking home the win by a score of 6-2, so the Rangers were looking for revenge. As the Ranger started the match, it looked apparent that they were the better team that day as senior captain Jeremy James and sophomore Sammy Yin both won their singles games. As the singles won their matches, the doubles teams looked to win theirs as well. As junior Devin Holcombe and sophomore Noah Kreikard won their match, but junior Walker Sjolin and senior Nick Stockenauner weren’t so lucky as they lost by two points to put the Rangers in a tie or lose situation with senior Chris
Battiste and junior Cully Herbert. They fought all match, but they lost by one point as the Rangers placed second at their conference tournament.

“All of the matches that we lost that day were very close,” Cully said. “It could’ve gone either way because we both played our best matches of the year.” 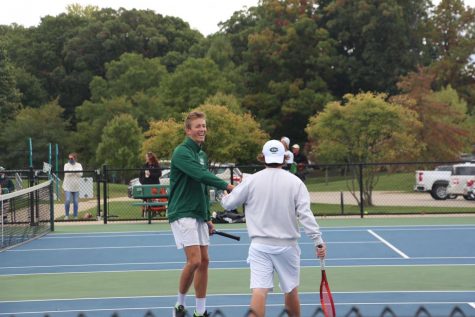 After a dominant season for the varsity volleyball team, the girls looked to take revenge from last year’s loss in the playoffs against Lowell again this year in the District finals. After a dominant win against East Kentwood in the District semifinals, their nemesis was in front of them with Lowell being one of the most dominant teams in West Michigan as they have been the District champions for the past four years. In a clash for the ages, the Rangers and the Red Arrows were going back and forth for the lead in the first set. Eventually, Lowell pulled away with a 25-22 win. After a very one-sided win in the favor of the Red Arrows, the Rangers looked to defy all odds and win the third set. They kept it really close all match, but eventually, Lowell pulled away with it as they lost their final match in three sets. 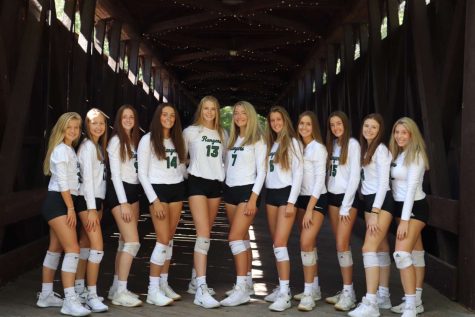 As the season progressed, the JV football team got better and better, but the lone loss to Byron Center really hurt the team’s morale. After winning their first two games against Grand Rapids Christian and Forest Hills Northern, the Rangers were riding a lot of momentum going into their matchup against the tough Bulldogs squad. As the two teams played the game, it was a nailbiter till the end. The team that would win that game would have to make fewer mistakes, and that’s what Byron Center did. They shut down the Rangers’ offensive attack as the Rangers came up just short of winning by a score of 21-14.

“We didn’t play our best game, but we didn’t play our worst game either,” sophomore Levi McKenzie said. “We lost 100% because of mental mistakes. Even though we lost that game, it gave us rejuvenance for the rest of the year to perform better on the field.” 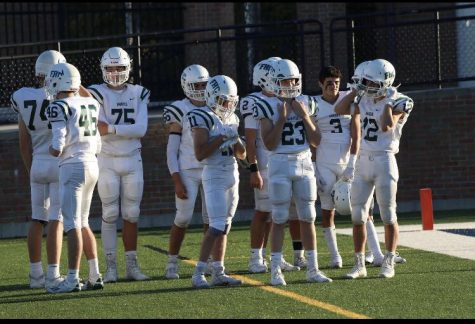 What is your pick for toughest loss?