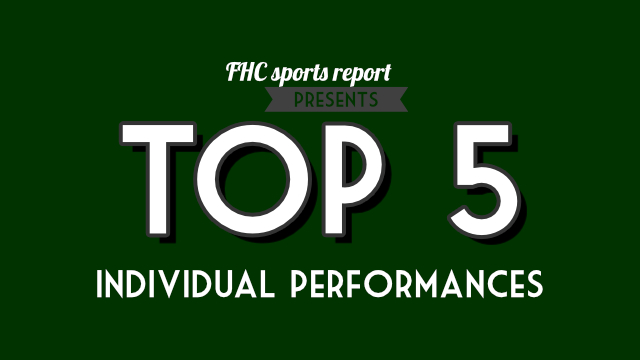 Varsity quarterback and junior Hunter Robinson had a field day in FHC’s final game of the regular season. Facing a tough Lowell Red Arrow defense, Robinson exploded for 203 yards on 23 carries and four touchdowns. Hunter had numerous pitch perfect games this season, but this game was one for the record books. This stellar performance highlighted Central’s 35-14 victory over Lowell, ending the season strong to finish 5-1.

“Taking the lead early allowed us to run the ball effectively and control the clock throughout the game,” Robinson said. “Our offensive line dominated the line of scrimmage throughout the entire game, even in such messy conditions. It was a great team win.” 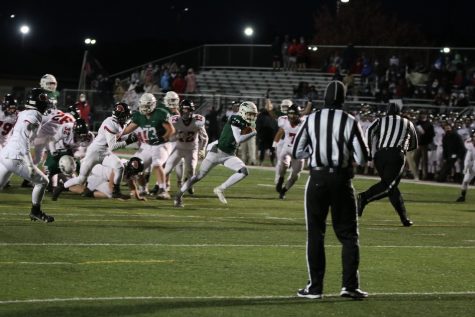 Junior Jessica Doyel shined in her third consecutive appearance at conferences for the FHC Swim and Dive team. With major contributions from Doyel, the medley relay team set a pool and conference record for time. Jessica also placed first in the 100-meter breaststroke to cap off her brilliant outing.

“Our team did so amazing this year at the conference mee,t and I am just so unbelievably proud of each and every person for the hard work that we’ve put in,” Jessica said. “I was able to place first in the 100-meter breaststroke, and it showed me that hard work and support from the team can help you reach your highest goals.

In the bright lights of the volleyball district finals, senior Tatum Otolski stepped up to the challenge. Tatum played a massive role in FHC’s efforts, leading the team in kills with a total of 14. In addition, she had 9 attacks in conjunction with an impressive ace. Although the team lost a heartbreaker in the end, Tatum’s performance led the fight against an extremely solid Lowell squad in just one of her breakout games this season. 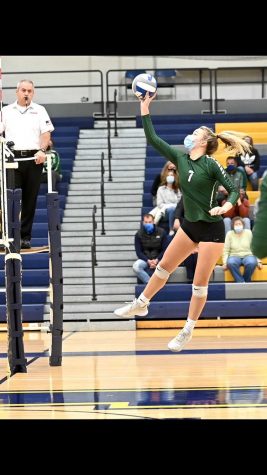 Trying to maintain a two-game winning streak, freshman Ava Bacon displayed star potential in an incredible performance. Ava shot a 42 on the day, going in the books as her top score of the season. In an eye-opening outing for Bacon, she paved the way for a phenomenal team victory by a score of 190-181. 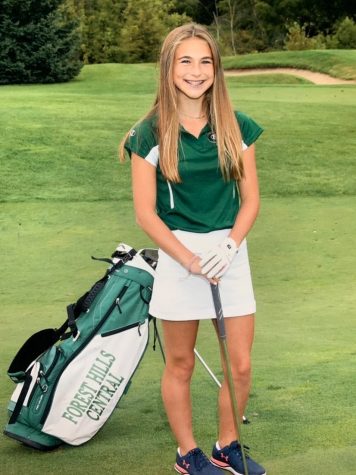 Junior Julia Brown stood out to a massive extent in the playoffs for the varsity field hockey team. Not only did Julia score one of two goals for her squad, but she came away with several crucial defensive stops in the second half. Thanks to Julia’s contributions, the Rangers held AA Pioneer to just one goal in the second half. Mainly a defensive player, Brown certainly did not let her teammates and coaches down in this game. 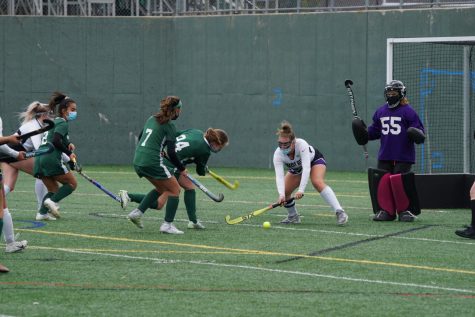