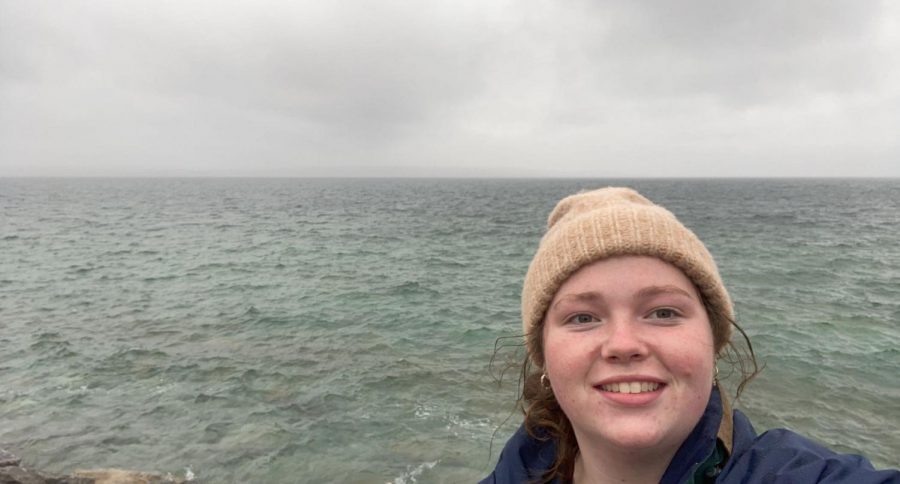 1. What was your reaction when finding out about your nomination?

“I was surprised but super excited. The group of people that are on court are amazing; every single one of them deserves to win. I’m so excited to be able to have some normalcy to our year.”

2. What is your favorite Winterfest activity and why?

“My favorite Winterfest activity would have to be pajama day because you get to go to school in what you slept in. Also, I sleep in because I don’t have to change, so it’s a win-win.”

“I was surprised that I was nominated, but I would have to say that I’m involved in a lot of extracurriculars, and I’m very extroverted so I like to talk to everyone.”

4. Who wasn’t nominated for court who you would choose and why?

“I’m not the biggest fan of this question because I think everyone who is on court should be on it. However, if I could add people, I would add [senior] Lilly Vanskiver because she is one of the nicest people I have ever met. I also think [senior] Abigail Cool should have been added on as well. She is just an amazing person who doesn’t have a single mean bone in her body. She truly is one of the most beautiful people I have met inside and out.”

5. If you could only listen to one song for the rest of your life, what would it be and why?

“If I could only listen to one song for the rest of my life it would be “Doves In The Wind” by SZA. It’s one [of] the best songs ever produced.”