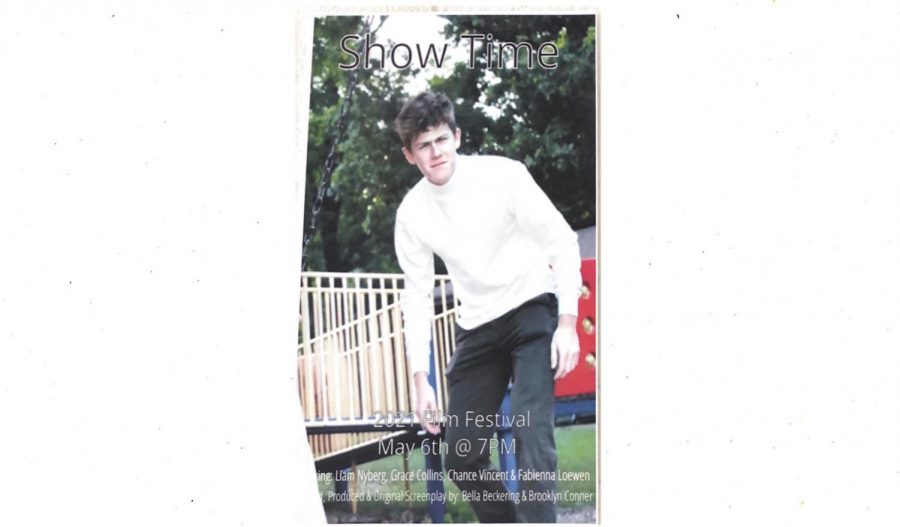 “Showtime is about a teenage boy named Malcolm. He struggles with his home life and his mom is extremely ill. Malcolm and his sister, Jazzlyn, do what they can to help their mom, but without the funds, there is nothing they can do. When Malcolm finds a flier for a local rapping competition, he decides he wants to enter in order to win the grand prize [to] help his mom. Malcolm faces a variety of conflicts including his sister and friends not supporting him. Will Malcolm be able to win the competition and save his mom?”

“One of my good friends, Brooklyn Conner, and I decided we wanted to take FX this year because the two of us had a passion for coming up with scripts, recording, and editing. Making a short film is a lot of work, but Brooklyn and I really enjoyed the time together and the movie-making process.”

“When Brooklyn and I were trying to come up with an idea for our movie, we really thought about who we could include in the movie and what roles they could potentially play. We sort of created the idea of Showtime around our actors.”

“One word I would use to describe Showtime would be ‘overcome.’ not only because the movie focuses around our main character, Malcolm, overcoming obstacles, but because we have to overcome so many issues in the filming process.”

What is the best part about the FilmFest project?

“Personally, my favorite part about filming our movie was getting to spend time with Brooklyn, our actors, and attempting to figure out ways to make the filming process enjoyable for everyone.”

“A major lesson I’ve learned from filming Showtime is time management. Our main actor, [FHC Alumnus] Liam [Nyberg], and I had COVID-19 and had to put off filming for two weeks twice. If we had filmed [the beginning] of our movie right away, we wouldn’t have had to cram hours of filming into a few day spans.”

“In order to make our film, we first had to come up with the idea for our movie. Once we knew what it was going to be about, we created a screenplay [that] ended up being about 17 pages long, including all of the dialog. After the screenplay was finished, we had to make a storyboard, which is basically drawing out every angle that would be used in each scene. Once the screenplay and the storyboard were finished, we began to film. Finally, we edited all of the movie together on the computer. All in all, our short film took multiple months to make, but Brooklyn and I are really proud of how it turned out.”