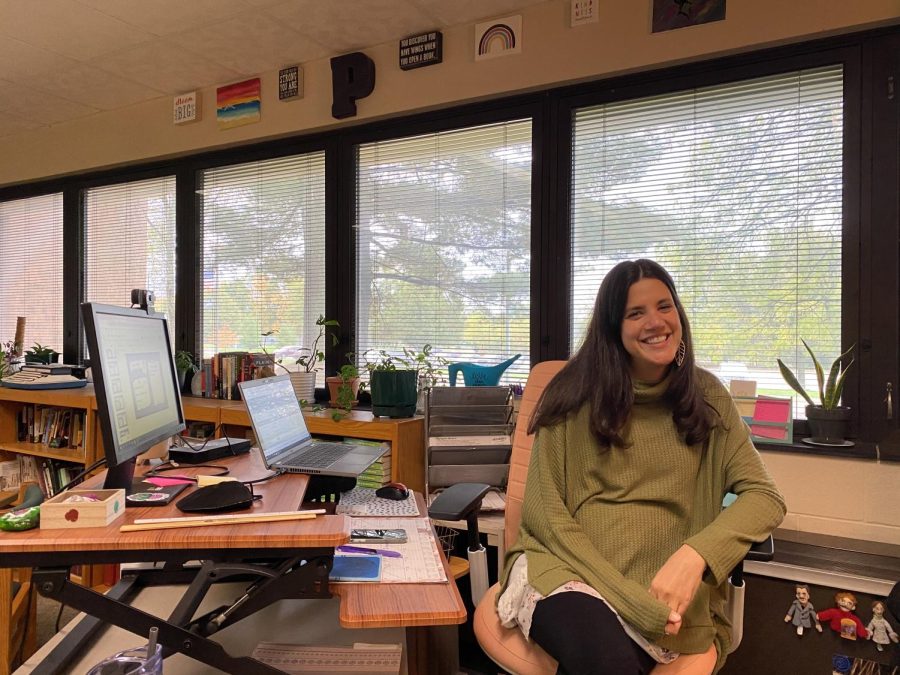 “I think three years ago, [my family and I] noticed [this house]. This man is so passionate about his home and getting it decorated for Halloween. He talks to everybody that goes by—they have bonfires at night when they’re going by—and every year he adds something new. So this year, he added three huge skeletons, a hearse, and he has a boat—like a pirate ship—with skulls and skeletons and things in it. It’s fun; it’s really creepy. He has the Ada Witch; I think [that’s] my favorite part because has the mausoleum and then the hologram that comes and attacks you, but he has the story written up too, which I thought was kind of a cool [touch] since the Ada Witch supposedly hangs out in that area.

Every time we walk [by], he stops and talks to us. He’s very friendly—I think because my kids are there. He’s just excited to talk to my boys about it. And [he’s] really passionate about Halloween. They have decorations in their tree hanging down; he literally has a barn filled with all of these Halloween decorations. He’s really into it. He said it’s his wife’s favorite holiday, so the two of them get really excited about it.

He has a lot of interactive decor; for example, he has a new gargoyle, and its wings go up and down, and then it makes this creepy breathing noise at you when you walk by. And the Ada Witch lights up at night. He has a spider above the Ada Witch, where its legs move up and down. We haven’t seen that in action at dark yet, or the gargoyle; we’ll see—my youngest gets a little nervous, so I’m like, ‘And you’re nine, sorry.’ But it’s fun. He has lots of different elements to it. The hearse—I think he said he’s going to park it in the driveway. He [also] has a horse that’s a skeleton horse—that one’s my favorite part—with the old carriage, and then he has a casket in the carriage, and it’s all lit up at night. He has red lights and orange lights; it’s really creepy but kind of fun. He [puts] a lot of money, time, electricity, and energy into it, so it’s a fun place. And it’s nice because there’s a sidewalk in front, so you can just walk by.” 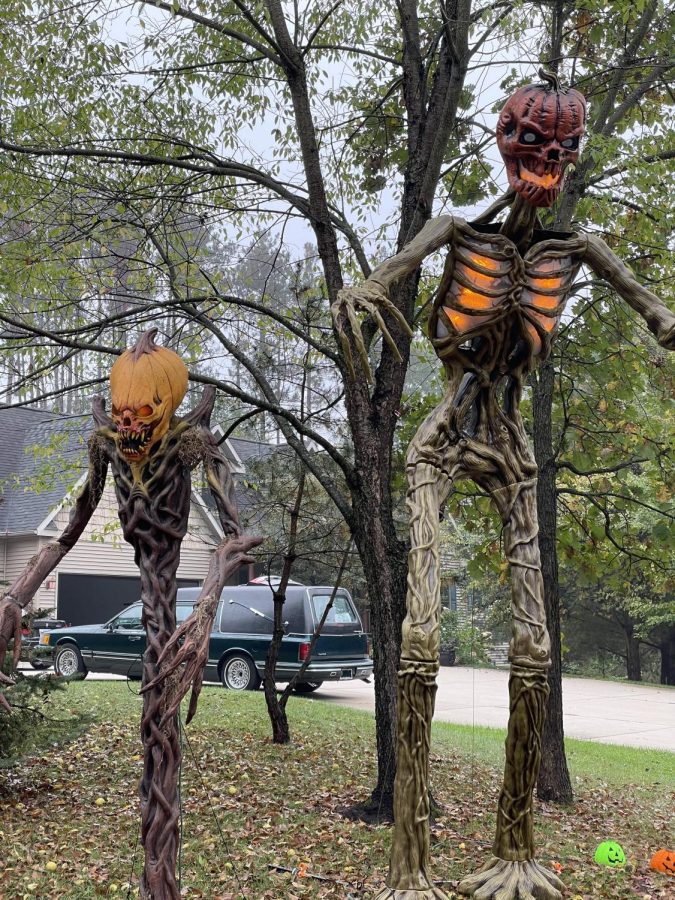 Gallery|4 Photos
Lisa Penninga
The skeletons outside "the Halloween House"