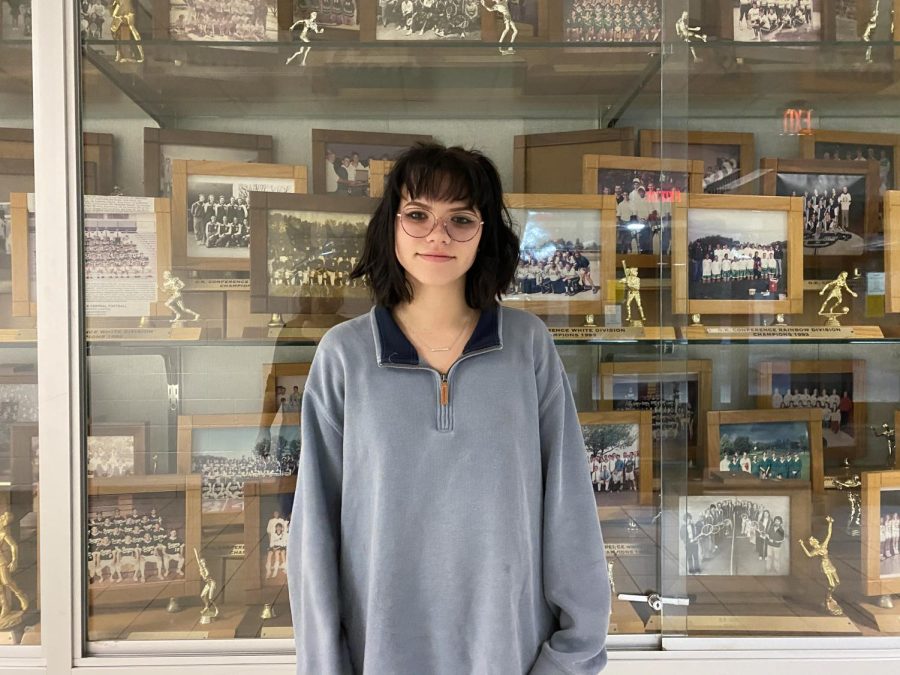 “About a week ago, my parents weren’t home, and I was getting ready for school. It was probably around 6:30 a.m. No one was home. All the doors were locked. All my pets weren’t home either; they were with my parents. So I was the only one in the house. The night before, I was watching a horror movie, so I was already kind of freaked out. It might’ve been me just being paranoid, but I was doing my eyeliner, and how my desk is situated is that my back faces the rest of my room while I face my desk. Also, my room is connected to my bathroom by a sliding door. I had opened that door a couple of minutes before this happened because I turned on my straightening iron. I was doing my makeup, and then all of a sudden, the door just slams super loudly to the point where I literally threw my eyeliner up, and I jumped. Then, when I turned around, [the door] was just slowly moving back open. So it was open, and then it slammed close and bounced off the wall so hard that it started opening again. I was freaked out—I’ll admit it. But my parents always told me that I’m a very paranoid person, so I just assumed I was freaking out over nothing. I  continued doing my thing, trying not to freak out. I was slowly panicking, but I was telling myself not to panic or I’ll be even more scared. So then, I continued doing my eyeliner, and all of a sudden, I heard a super loud clap about two feet behind me. And I was like, ‘What the absolute heck was that?’ because that was not my imagination. Keep in mind, I didn’t have any fans on, all my doors were closed, there were no windows open in my house. The door doesn’t normally close, so there was no explanation for the popping noise. It [sounded] like a pop and a clap at the same time. And so I got so freaked out that I just quickly grabbed my backpack, grabbed my keys, and just rushed out of my bedroom as fast as I could. I went to school that day with half a face of makeup on because I just could not finish it since I was so freaked out. When I came home after school, I was still kind of paranoid, so I made sure that every light was on. I’ve always felt I’ve had a ghost living with me. When I was younger, I would turn off my CD player, go to school, and then when I would come back, the same song would always be playing, and it was always the third song of the album. So that means that people would have to skip it. But I specifically remember unplugging the CD player and taking it out, but then I’d come home and it’d be playing the same song every time. Then again, I was a kid. I might’ve just been forgetful and freaked out over nothing. As I’d like to fully believe in ghosts, I’m still kind of a skeptic.”