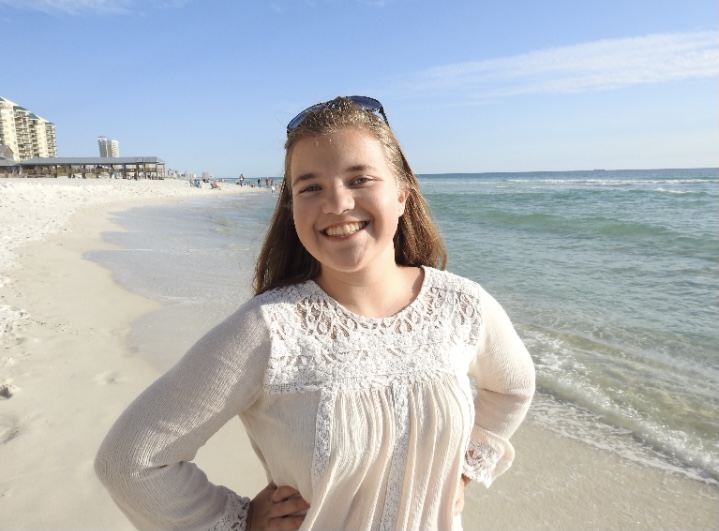 “I play Mrs. Gascoyne—who is a teacher for Christopher’s school, a lady at the information desk at a train station, and posh woman on a train.”

“I decided to try out for the play this year because I did it last year—which was a ton of fun—and I wanted to do it again.”

“I would say Mrs. Gascoyne is one of the few open-minded characters in the play, and I’d like to think that that’s like me.”

“Well, it’s nothing like last year. It’s definitely serious, a little dark, and sometimes sad, but I would say, expect to feel all the feels for this one. Sometimes there’s some funny things, and the next moment, you’ll be crying.”

“Probably the collective memories from our cast party on Hell Saturday. I feel like I got much closer with the people that I can now call my friends.”

“Probably our final show. It’ll be the best it’s ever been for sure, and I can’t wait to see how it all comes together, especially with the cast that I just love now.”

“We get into character by practicing our accents because we all have to talk in British or Scottish or different accents like that. Sometimes we just have to talk like that, and it’s kind of fun.”

“I would be in As You Like It—for the Shakespearean play—because it’s a comedy, and I think that it’s something I’d enjoy.”