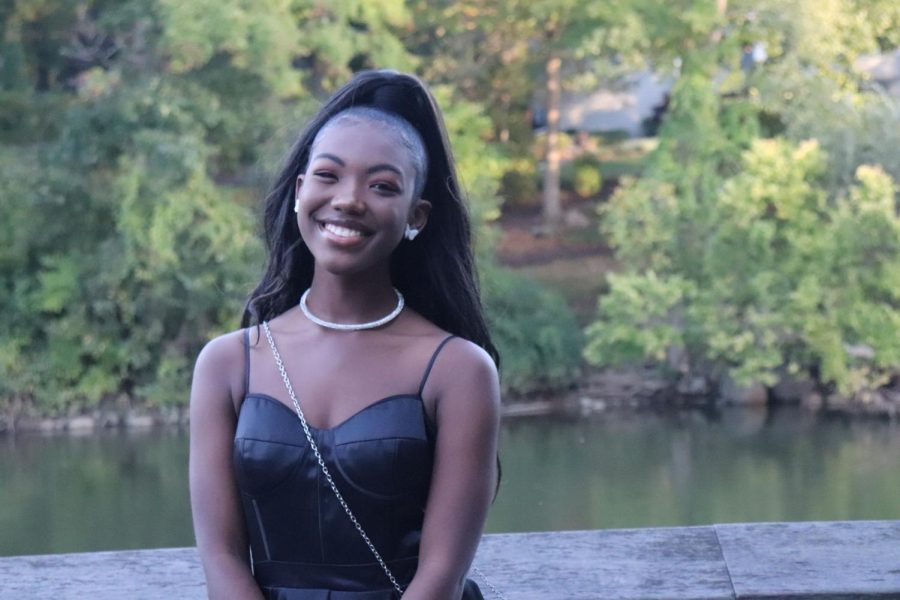 “I play No.40, Shopkeeper, and Woman on Train. I also play various roles throughout the production as an extra.”

“I decided to try out because I’ve been involved with plays and musicals since middle school, so I, of course, wanted to audition again for my final year.”

“I have a little in common with all of my characters and especially my background characters because they’re all essentially me in various situations and scenarios. Essentially everything that they do, I would do, except for my shopkeeper character; she’s a little rude.”

“FHC should be expecting an outstandingly mysterious production filled with powerful acting.”

“I don’t have a favorite memory per se because every day that we practice, there’s always something hilarious happening.”

“I’m most excited to hear the audience’s reactions to all of the key plot points during the performance.”

“I get into character by getting in touch with my costume because my outfit perfectly represents my characters.”

“If I was a Shakespeare play, I would be A Midsummer Night’s Dream because the story is incredibly interesting.”