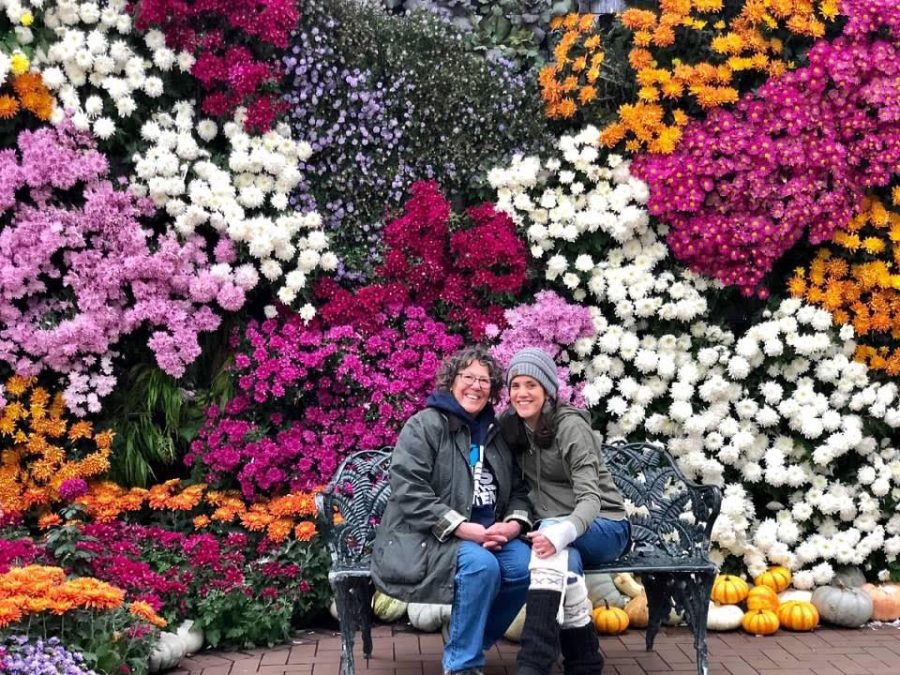 “I am incredibly grateful. Both of my grandmothers worked very hard to break the barriers. My grandmother on my dad’s side was only supposed to go to school until fourth grade, and she fought to at least get through eighth grade before [she] had an arranged marriage. So it was a really big deal for her to instill in me that education is really important. My other grandmother went to New York City and was a secretary out there for a lawyer and a big firm, and she kind of broke the same [barrier]. She didn’t just get married right out of school, and [she] really wanted to seek her passions and be educated, and I think that that’s something that’s really important to me.”

“I think [one of my greatest achievements is] raising three boys to respect women and break through some of the gender stereotypes. In our family, my husband and I are a team, and we really want to raise our boys to be good humans.”

“When I studied abroad, it was really eye-opening to me not only the way other countries live and exist, but also how difficult it is to travel in the United States in contrast with Europe. I feel like Europe is such an amazing place to travel, and I was really enlightened. The United States doesn’t make it very accessible to travel to other states, so I think that was really a cool experience for me.”

“My mom. I’m her biggest fan. I think she is amazingly empathetic to others and altruistic, and she has a love for books, which obviously I inherited—and plants. She’s just one of the best humans.”

“As a teacher, I end up teaching a lot of females in the AP and honors classes I’ve taught, and I just really think it’s important for me to be a model to show them how passionate you can be about something and [about] following your passions. It doesn’t necessarily have to be about how much money you make or your rank in society, but more about what truly makes you happy.”

“I think as a woman who is friendly, in my career, I’ve had people assume that I’m not smart—because I’m bubbly and outgoing and I smile a lot that that means I’m not intelligent—which is really frustrating because I have a master’s degree, and I’ve done very well in school, and I have a lot to offer people. That’s something [that] as a woman, sometimes we get written off [for]—because we’re friendly.”

“I think by introducing students to books about all different cultures. It’s such a great window into how other cultures treat women—better or worse—and I think that’s really important to see how far we’ve come through history but how far we can still go.”