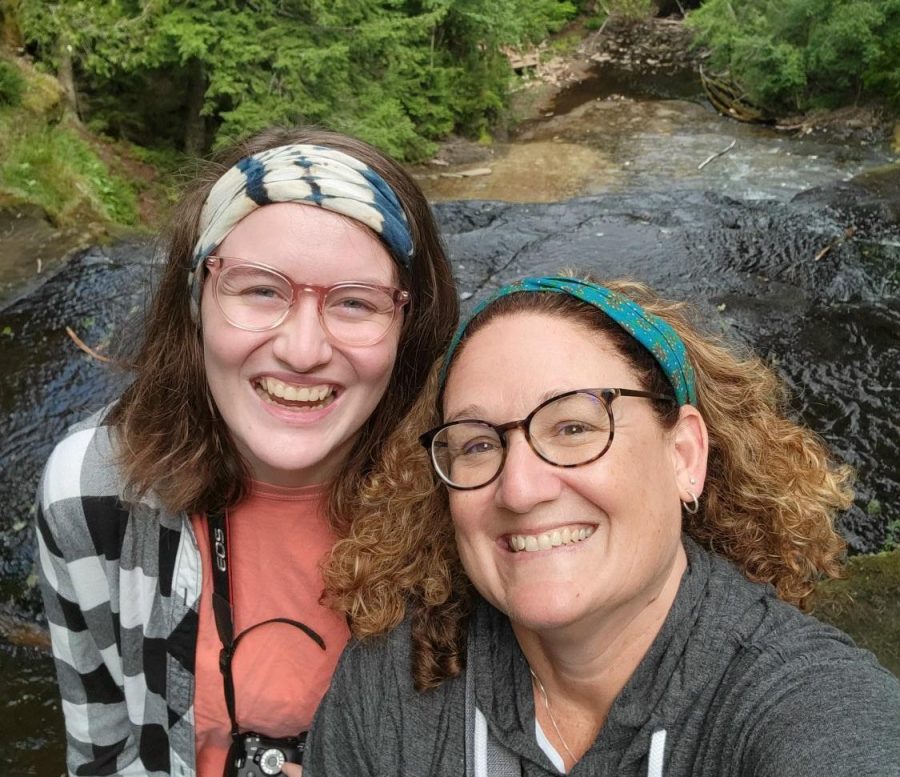 “I’m grateful because it gives me the freedom to feel like an equal and to feel like an important part of society and to be able to do my job, which women did [in the past], but [they were] much more restricted. So I feel as an equal to others.”

“One would be showing my children what a working mom can do and that it’s okay to do both and that you don’t have to be one or the other. For students, [it’s important] to show female students that it’s okay to be smart in science and to enjoy the science and the analytical things as a female and to not shy away from that just because it’s been typically male-dominated.”

“Honestly, in terms of my job, [it’s] hearing from graduated students that have graduated from college and hearing what cool work they’re doing. A lot of students that I’ve had have moved on into science careers and are doing those things and taking charge and being leaders in their spaces.”

“My mom, for sure. She was a strong mom. She stayed at home and then worked but was so involved and showed the way to be just a strong person yourself, no matter your gender.”

“Some of it’s just by modeling the behaviors and doing those things and being able to represent women that are taking on different roles—and then just listening, if kids have questions about different things or pathways to get to stuff.”

“Honestly, I don’t feel like there’s been that many. I’ve been pretty lucky to be privileged in the positions where I’ve been. I’ve never really felt marginalized.”

“I think it’s important because everyone should be treated equally. Everybody’s just a person, and all people should have the same privileges of others and the same rights of others, so I think those of us that have not had to feel marginalized need to recognize that others have and that we should listen and be able to stand with them and help with whatever it is that they need from us to move their group up.”